I have been developing a series of large oil paintings of life-sized, hyper-realized roses in scenes of environmental concern. The roses act as solutions, victims, witnesses and souvenirs to the average consumer’s distorted perception of the natural world. I grew up in a beach town where the souvenir version of nature is sold and bought as truth. My lived experience in this duality of beaches and saltwater marshes affected by climate change amidst manufactured fantasy tourism is a consistent seed throughout my art.

I draw concepts from geographer and professor of environment and sustainability Holly Jean Buck’s 2018 book, After Geoengineering: Climate Tragedy, Repair and Restoration. Cultural theorist Jean Baudrillard’s 1981 essay, “The Precession of Simulacra,” helped solidify my idea that a painting of a rose is a thing that is the absence of the values of nature. There are moments of hope in the paintings that stem from the existential philosophy in Simone De Beauvoir’s 1947 book, The Ethics of Ambiguity. 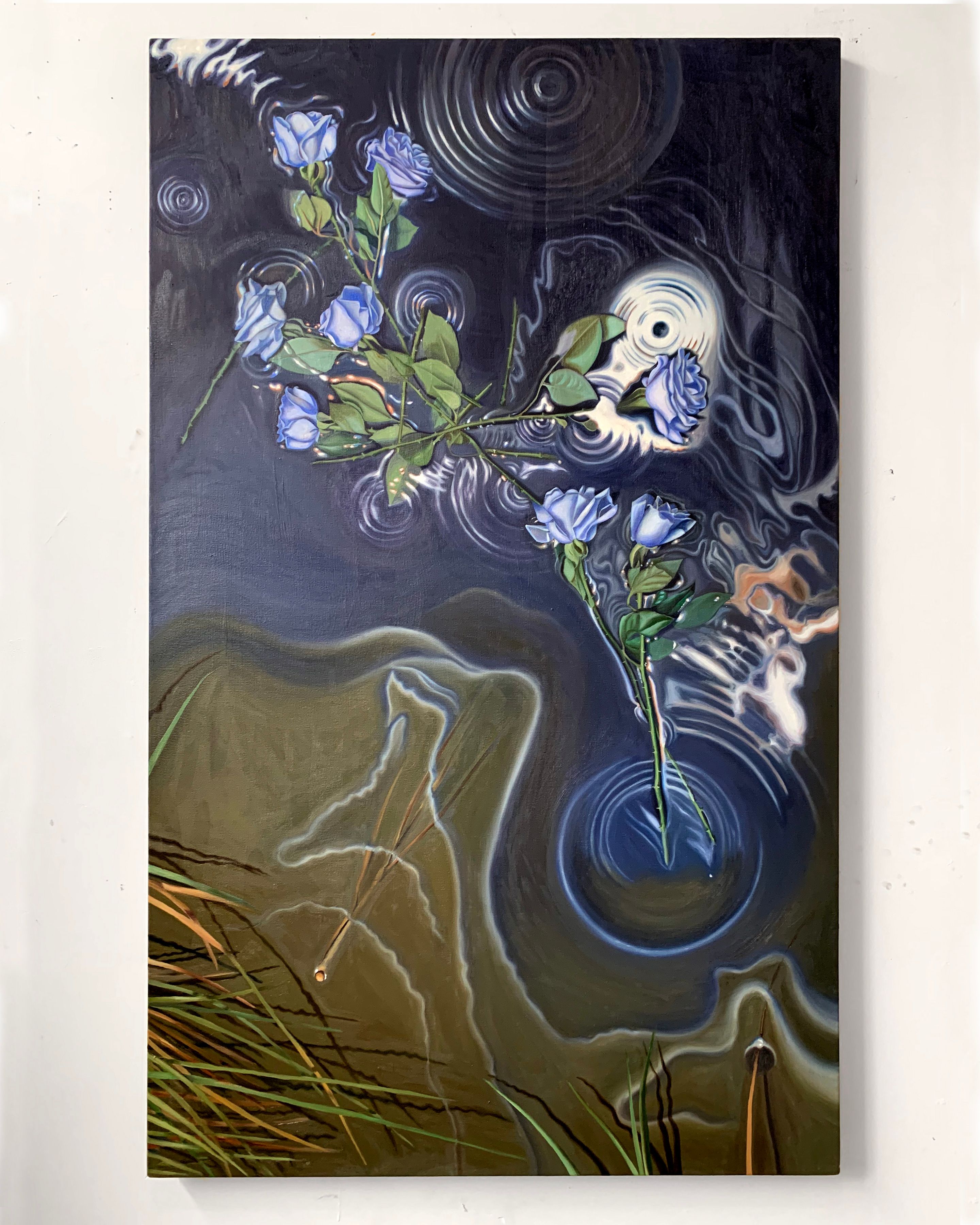 Wetlands have deep roots that absorb and store carbon, known as “blue carbon.” ⅓ of all marshes, seagrasses and mangroves have been destroyed by urban development. It is estimated that if restored, they would reduce carbon in the air by 10%. 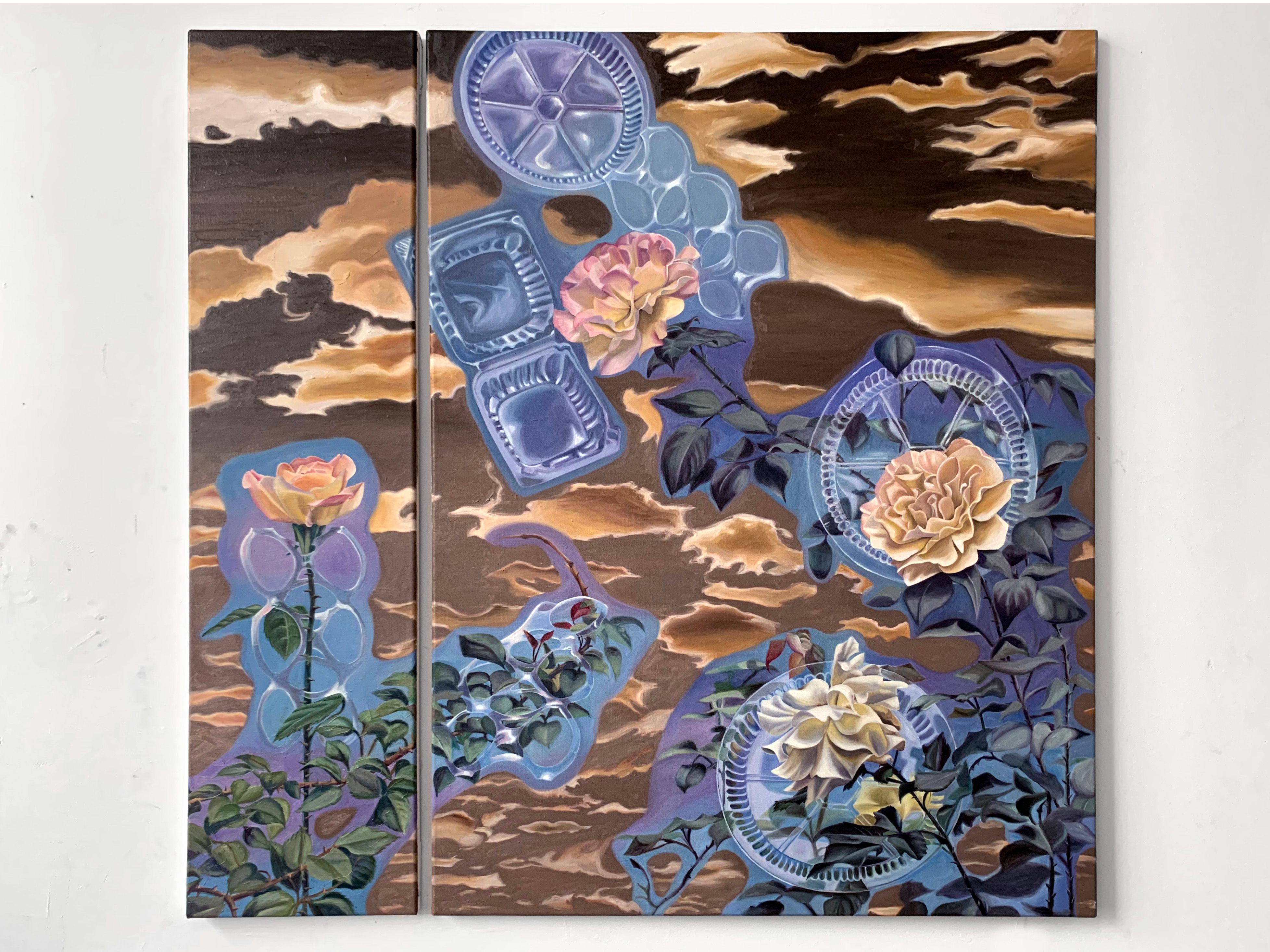 Stratospheric Aerosol Injection is a method of solar geoengineering that will block solar radiation yet turn the sky brown. This is the backdrop for biomass that is grown to aid in carbon capture, surrounded by plastics that will take hundreds of years to decompose. 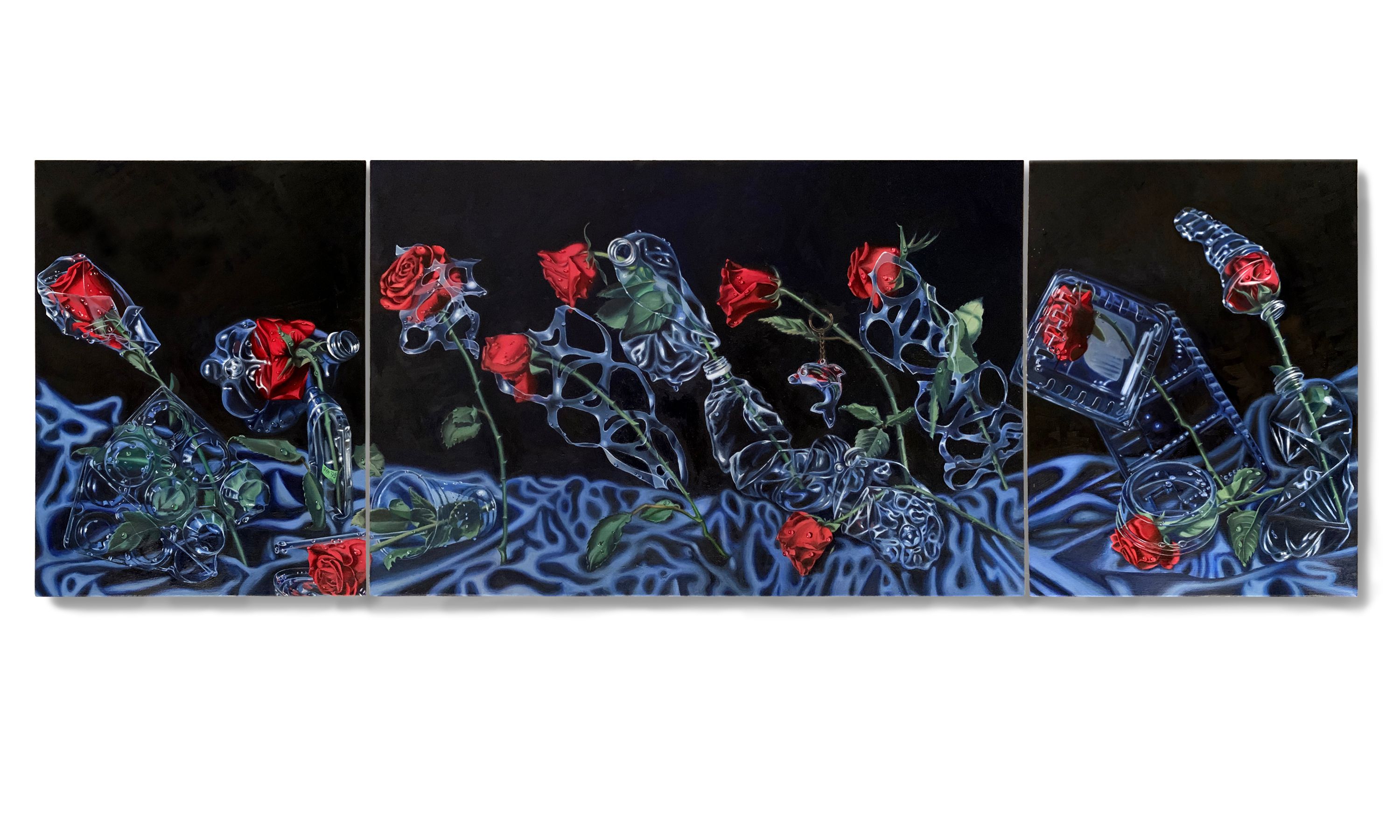 A painting of a dozen roses as contemporary nature souvenirs in the likeness of Baudrillard’s “The Precession of Simulacra”. 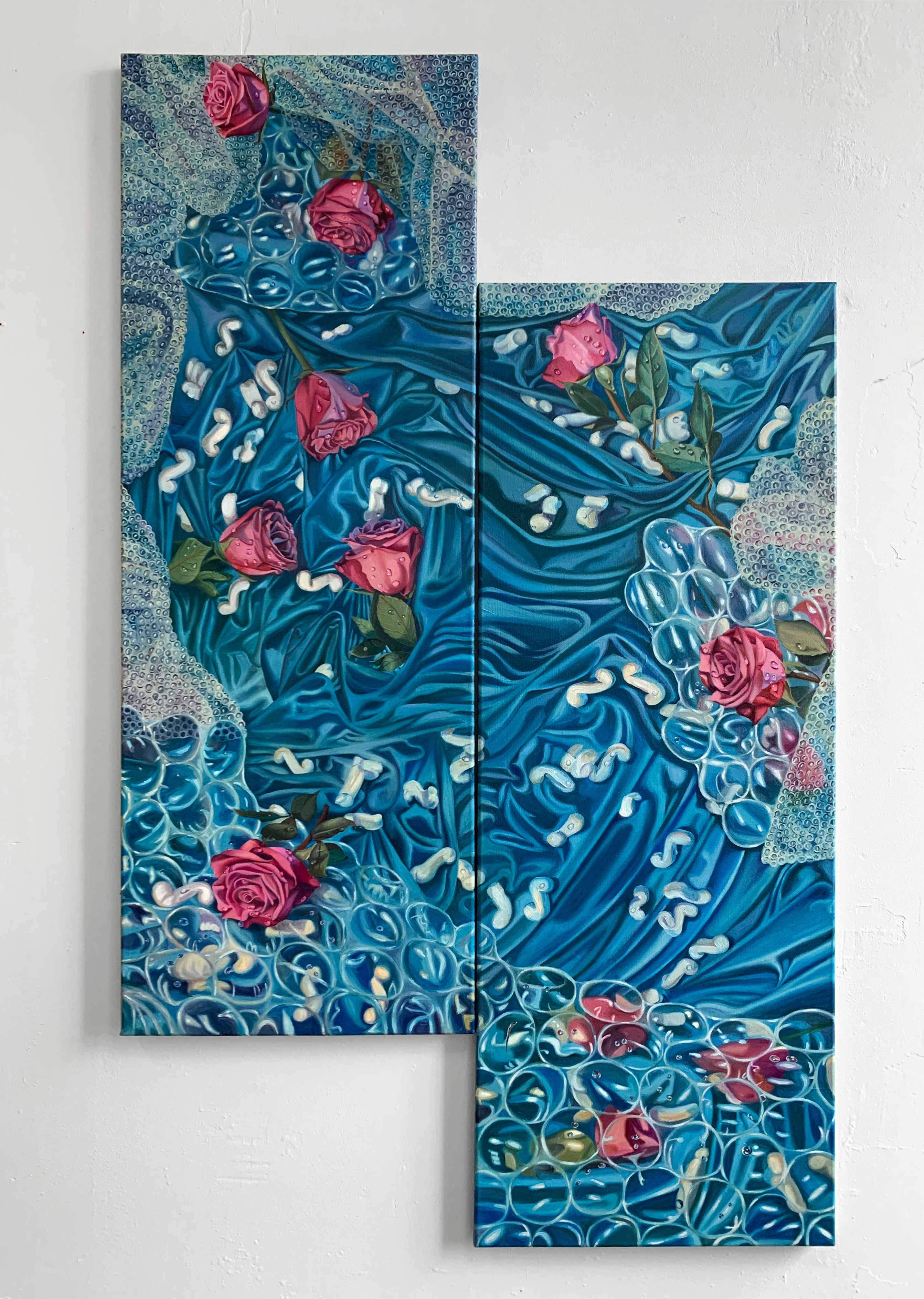 I work in an art storage warehouse that houses giant expensive art. We fill two construction dumpsters with discarded packaging materials like bubble wrap and peanuts, twice a week. 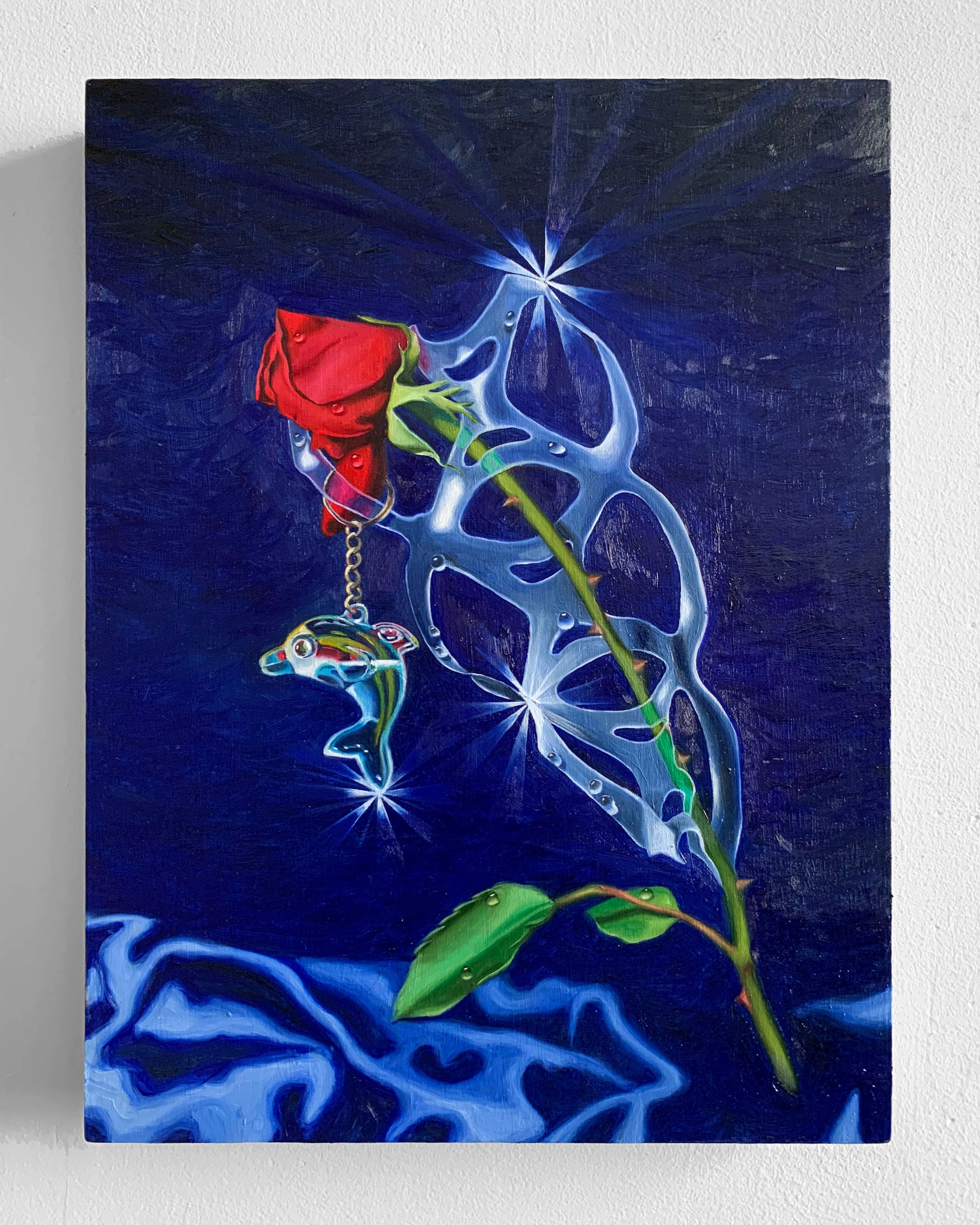 A contemporary nature souvenir in the likeness of Baudrillard’s “The Precession of Simulacra”. 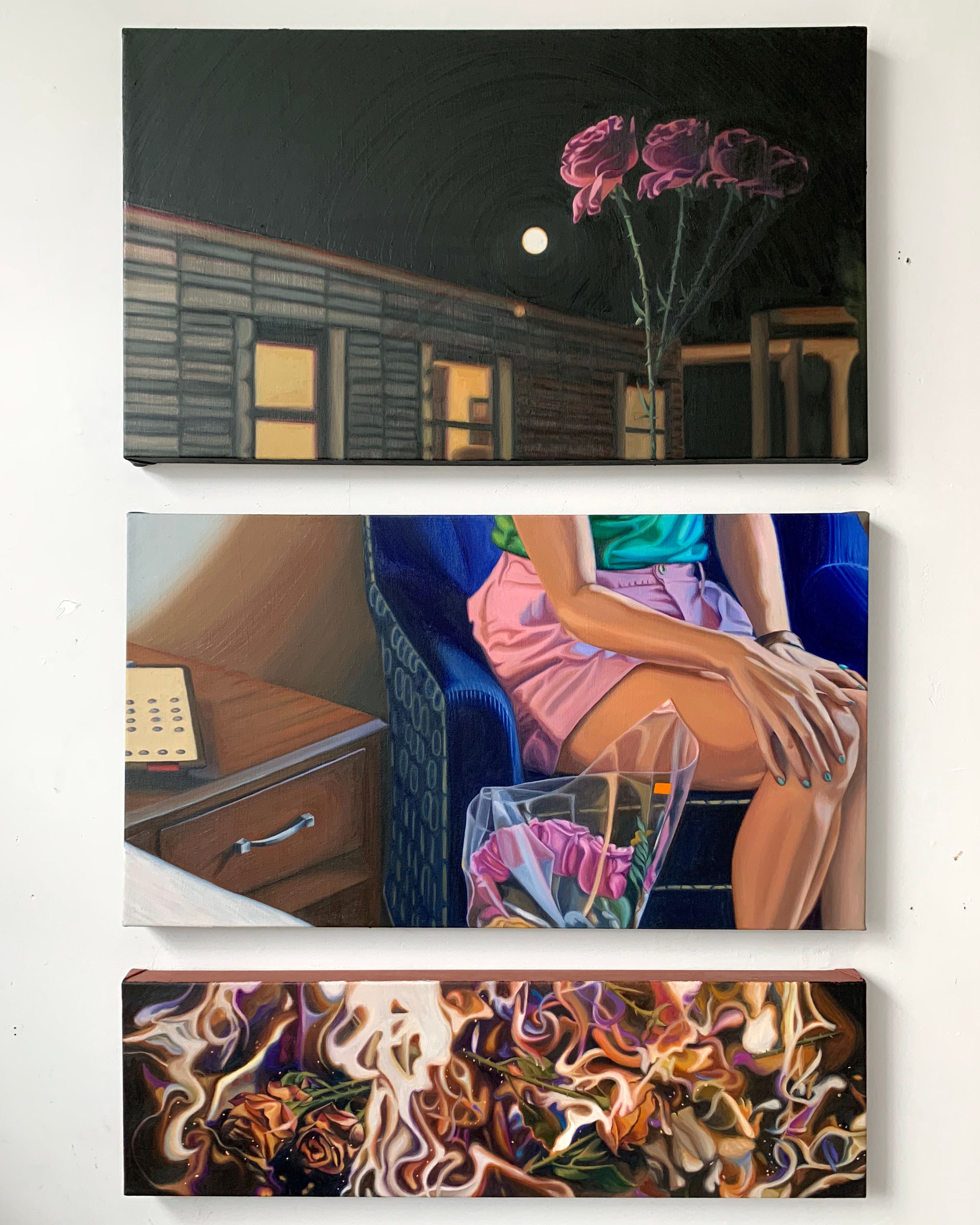 Households only account for 7-8% of carbon emissions in the US per year. This statistic shows that climate change is not the average consumer’s fault. However, in imagining a socially responsible carbon removal society, our “emotional content and context around climate change: fear, loss, guilt, vulnerability, love, and longing” is a key capacity for “moviliz[ing] around the scale of action called for” (Buck, 2018, p.195). 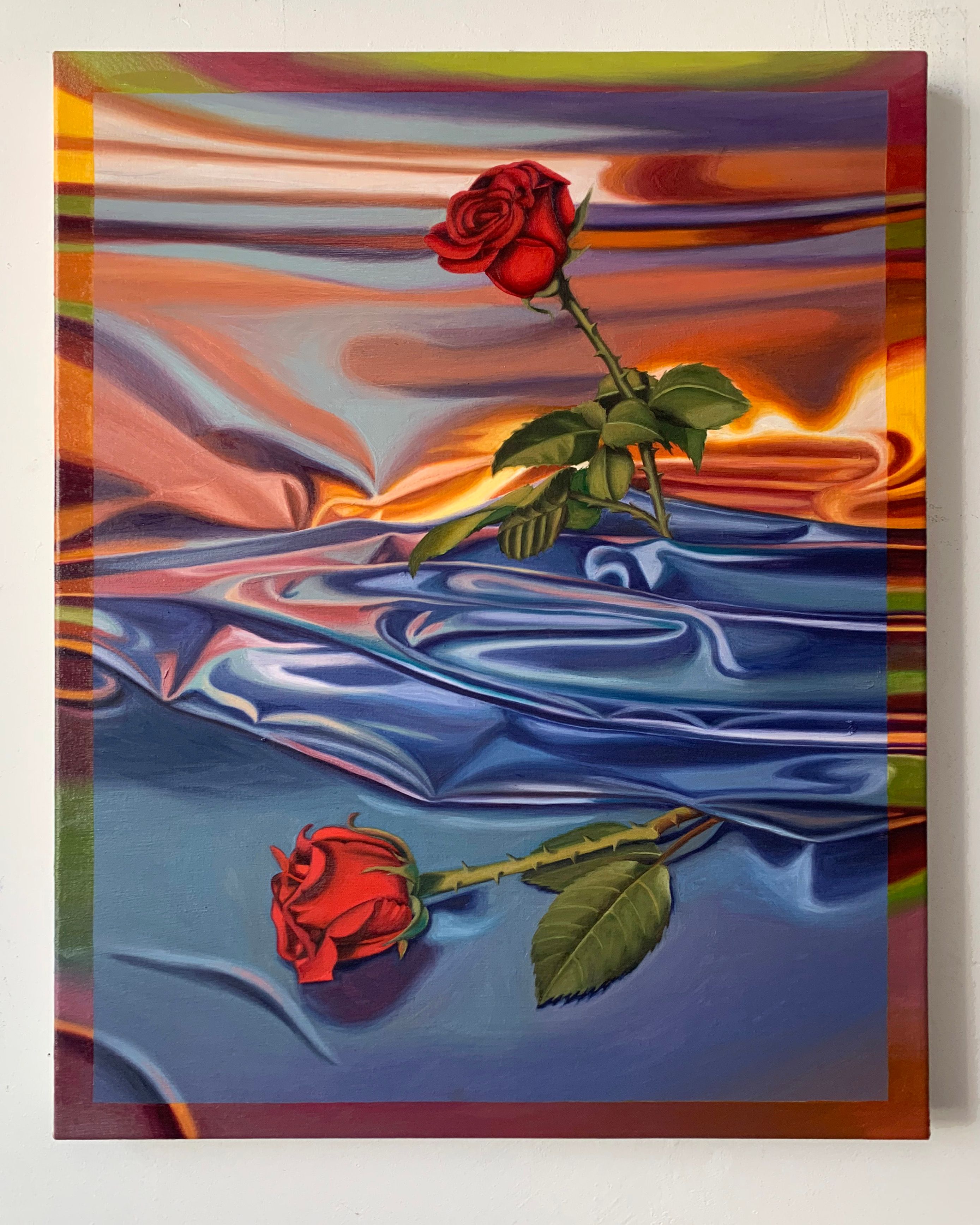 A hyper-realized, consumer culture rose seascape is a thing masking the profound absence of the reality of nature to the point that it exhibits values that do not exist. 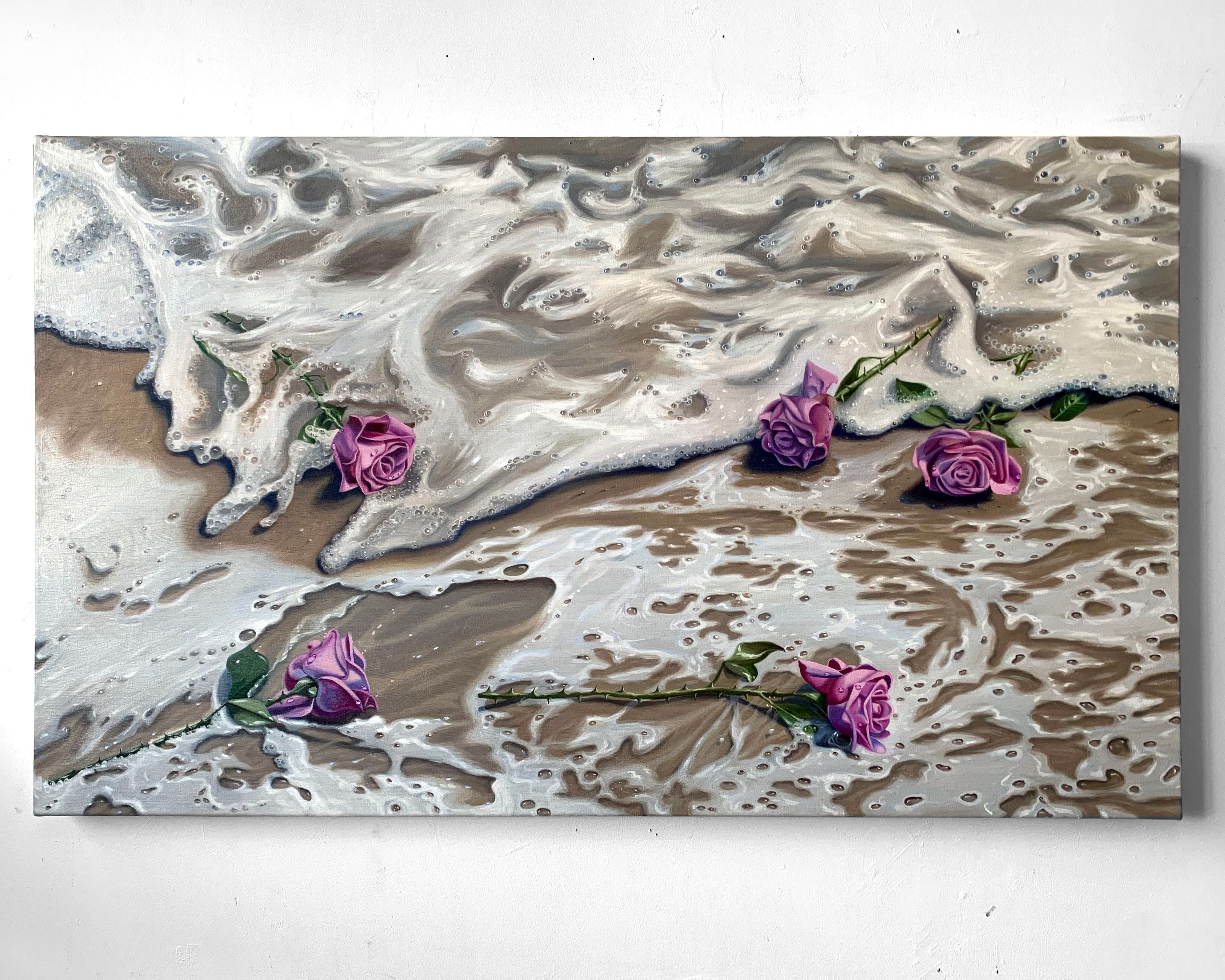 “To pursue my freedom of movement in the face of failure, it must, by giving itself a particular content, aim by means of it at an end which is nothing else but the free movement of existence” ( De Beauvoir, 1947, p. 29).