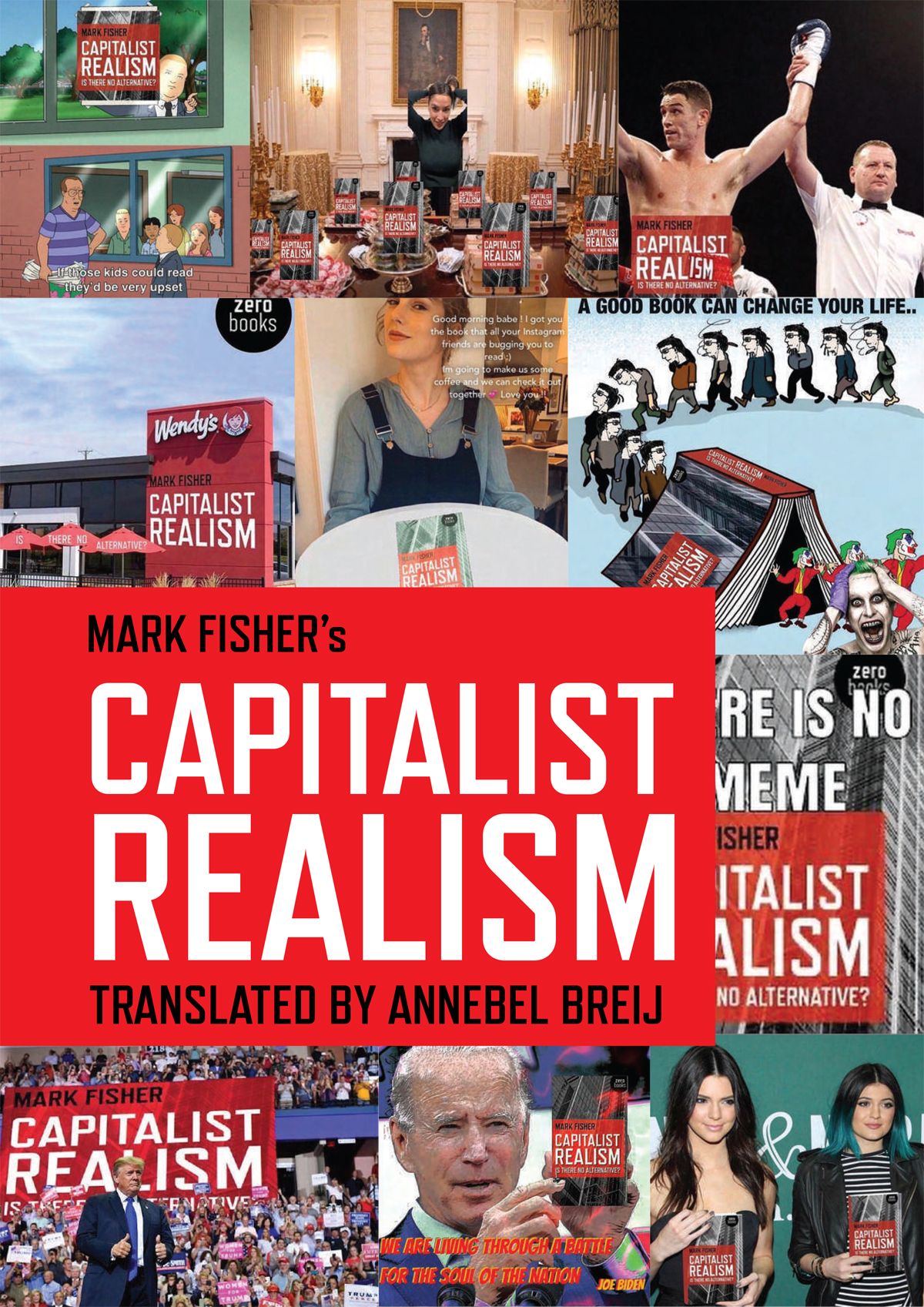 An investigation of memes, left wing theories, and Capitalist Realism, a book that in a lot of left-wing internet spaces could be considered as a meme in itself. The project approaches memes as a viable communication strategy, almost as a language, and through different methods I tried to learn this language myself. By not only researching meme communities as an outsider, but by actually making, spreading and printing memes, one does not only become a better memer but will also learn more about online meme spaces and their relationship to critical theory. The art of meme translating is not as straight forward as it seems. Translating memes, when done right, acquires a deep understanding of theory, something that is often not associated with memes. Memes can be as unnuanced and empty as they can be compact and full of knowledge. Read the book and see what revolutionary ideas you can get out of it yourself. 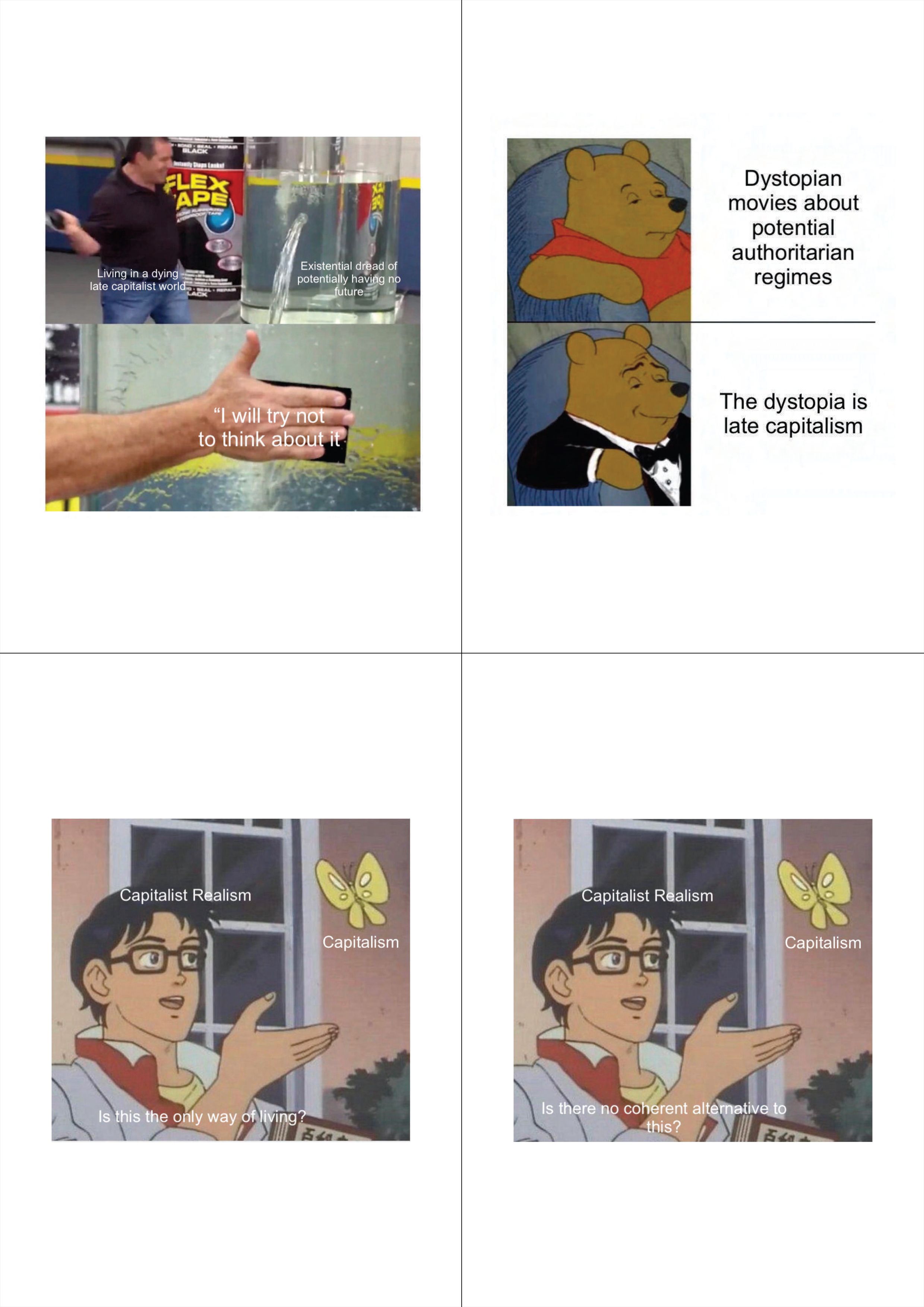 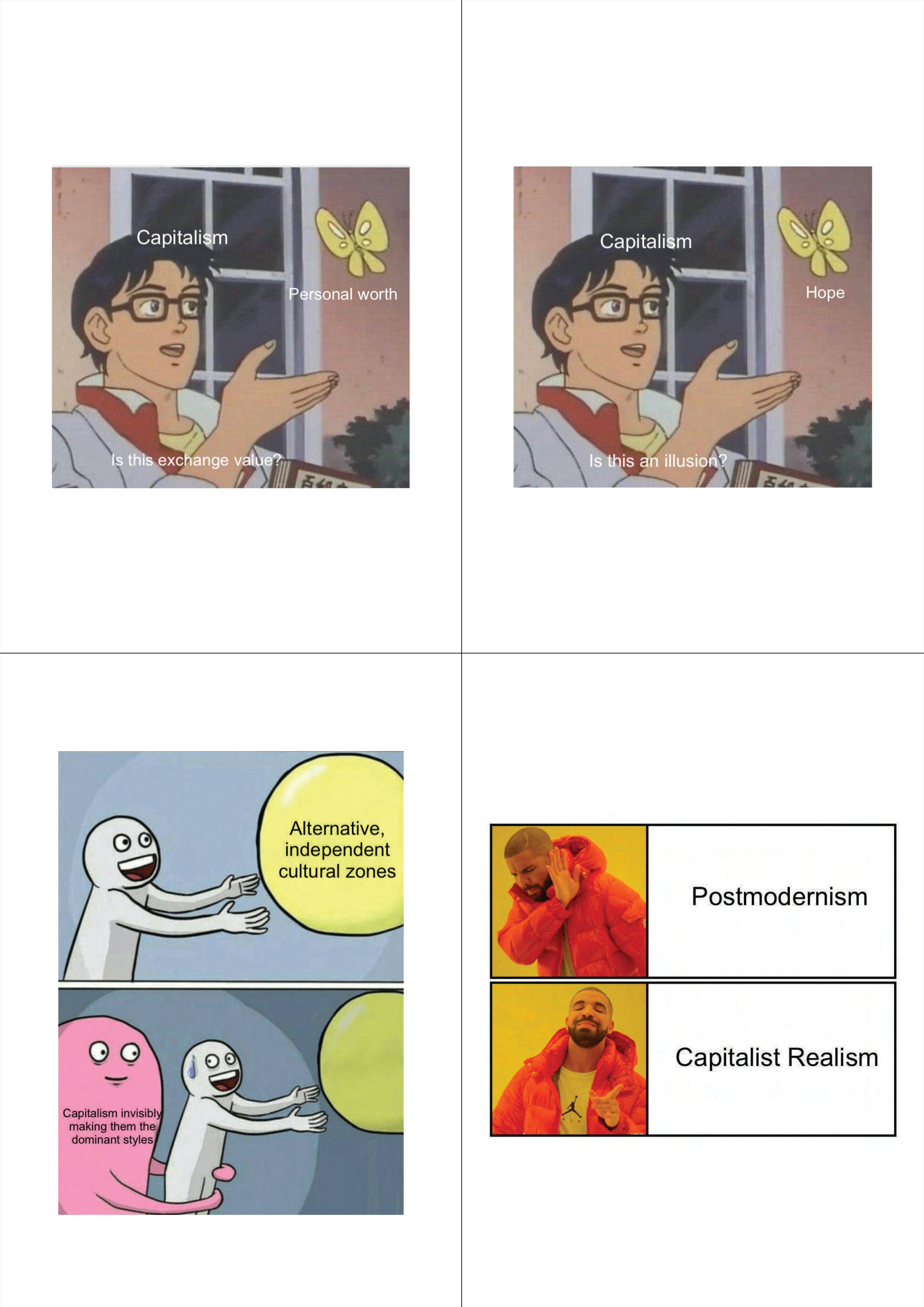 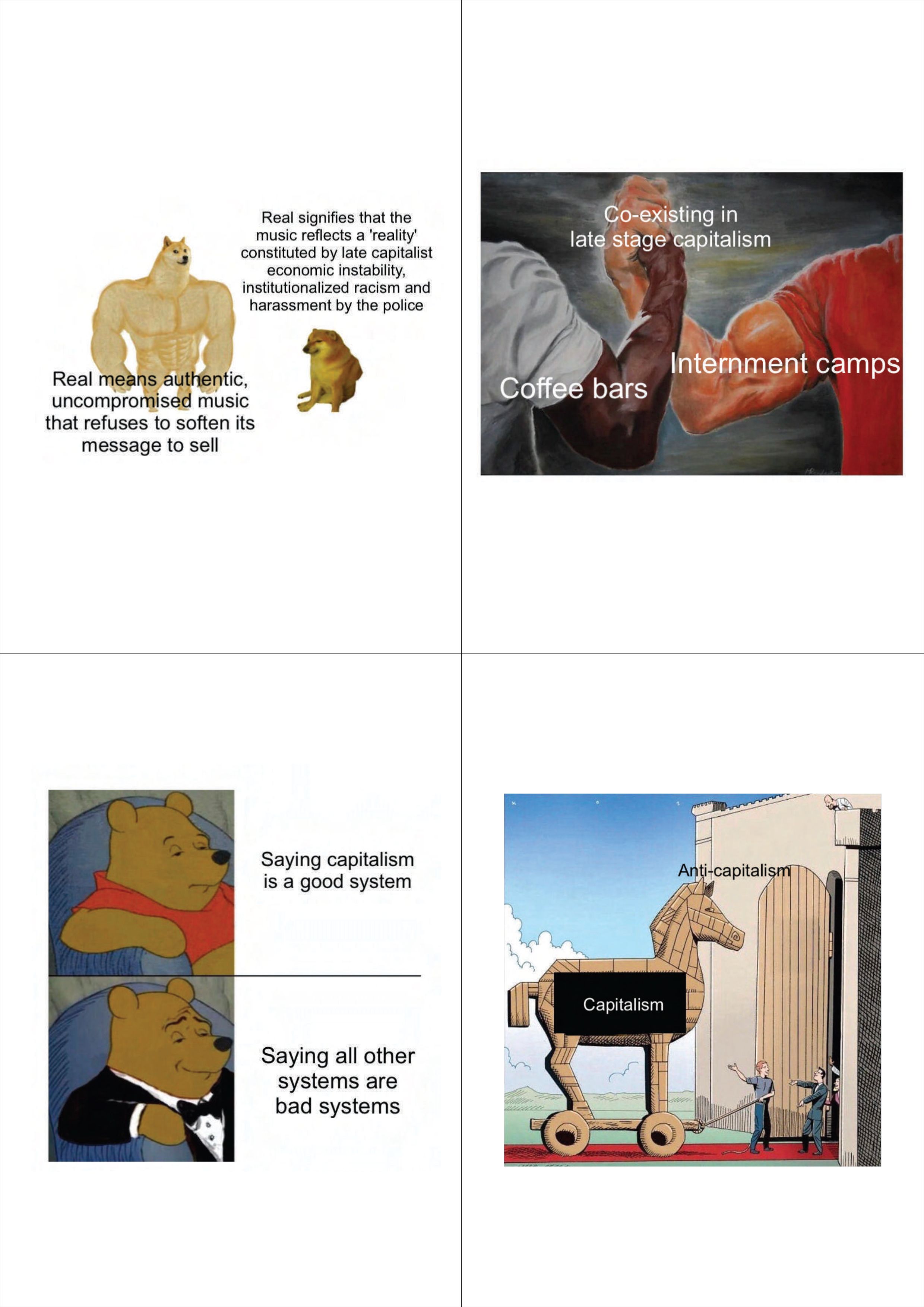 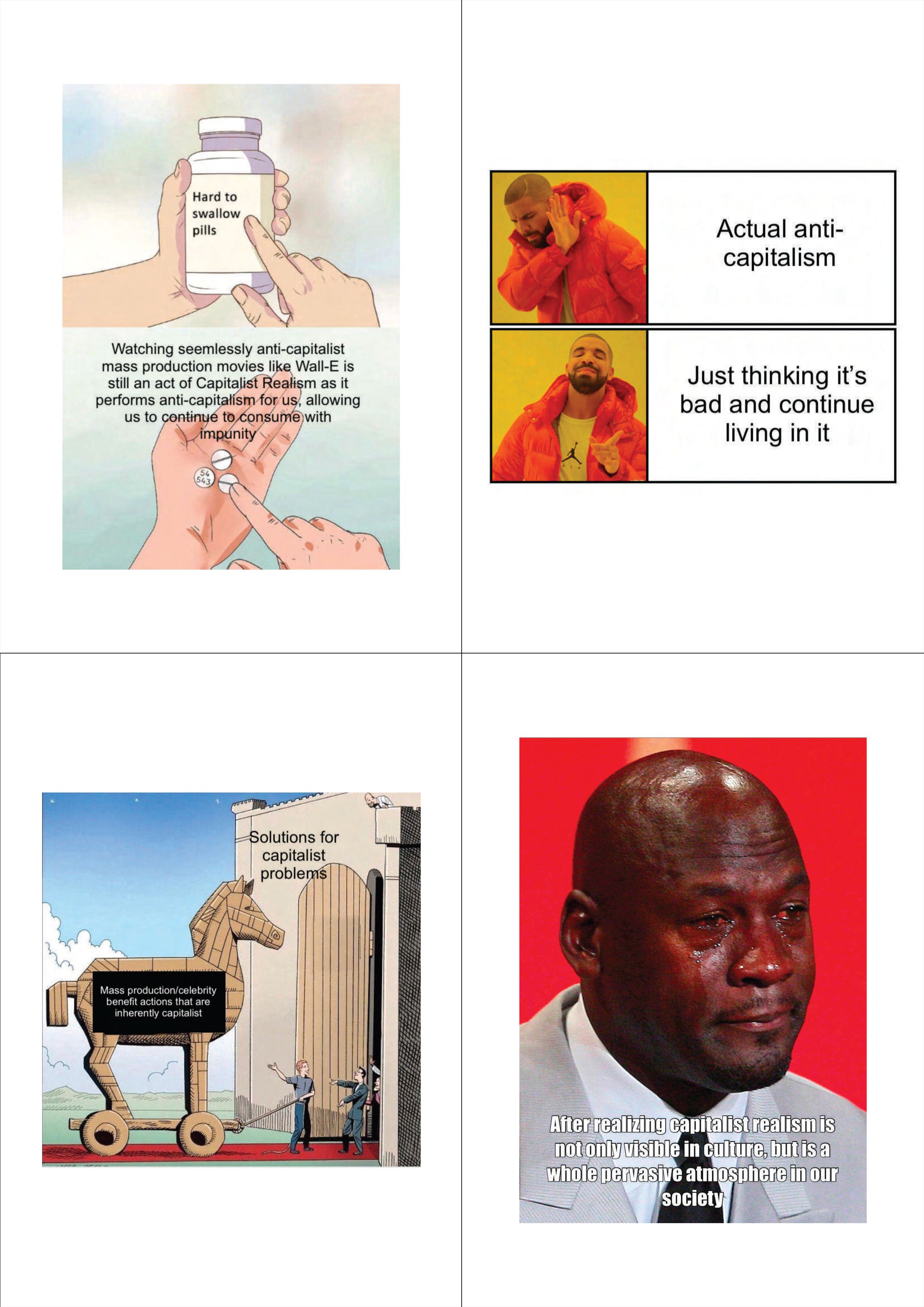 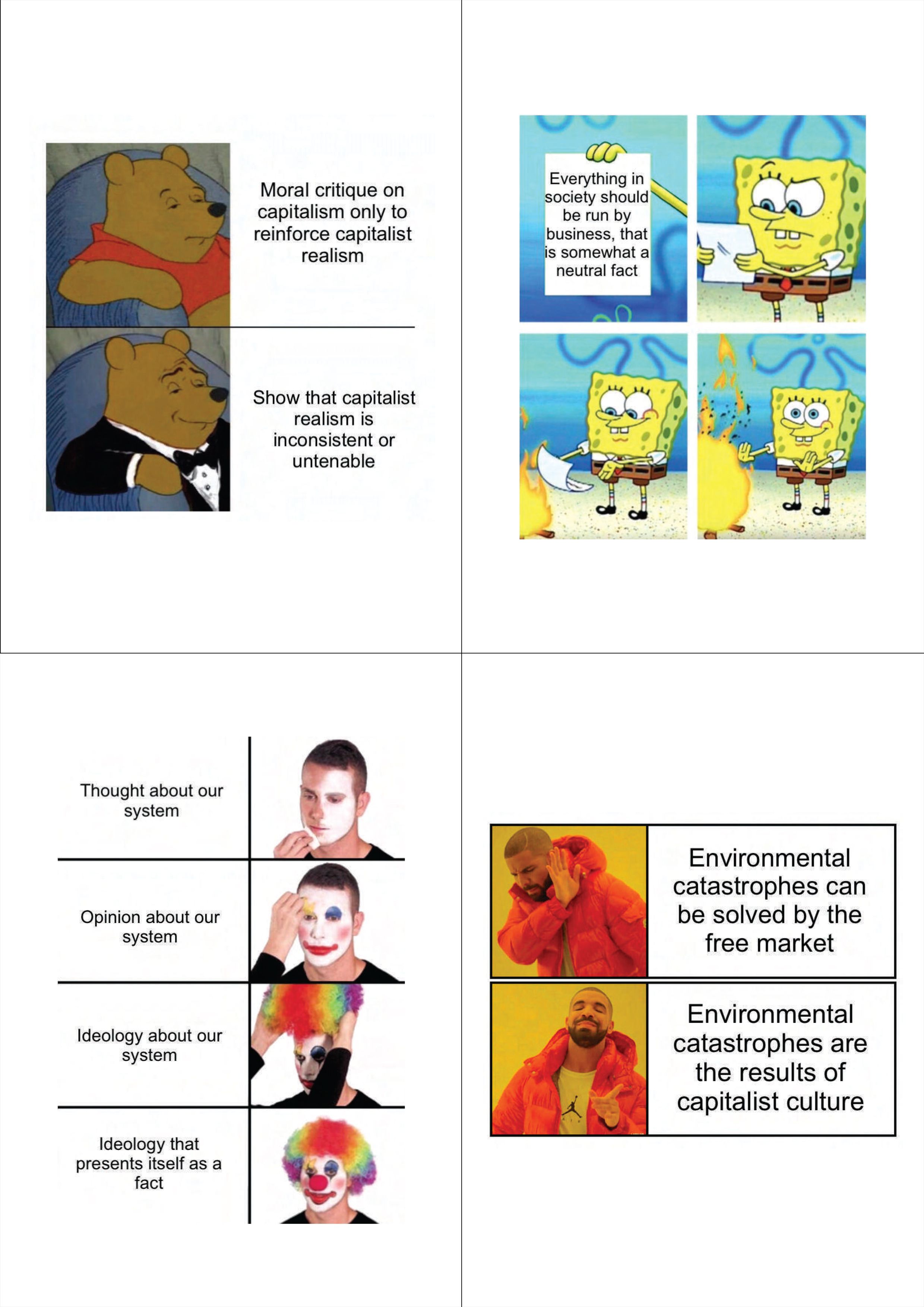 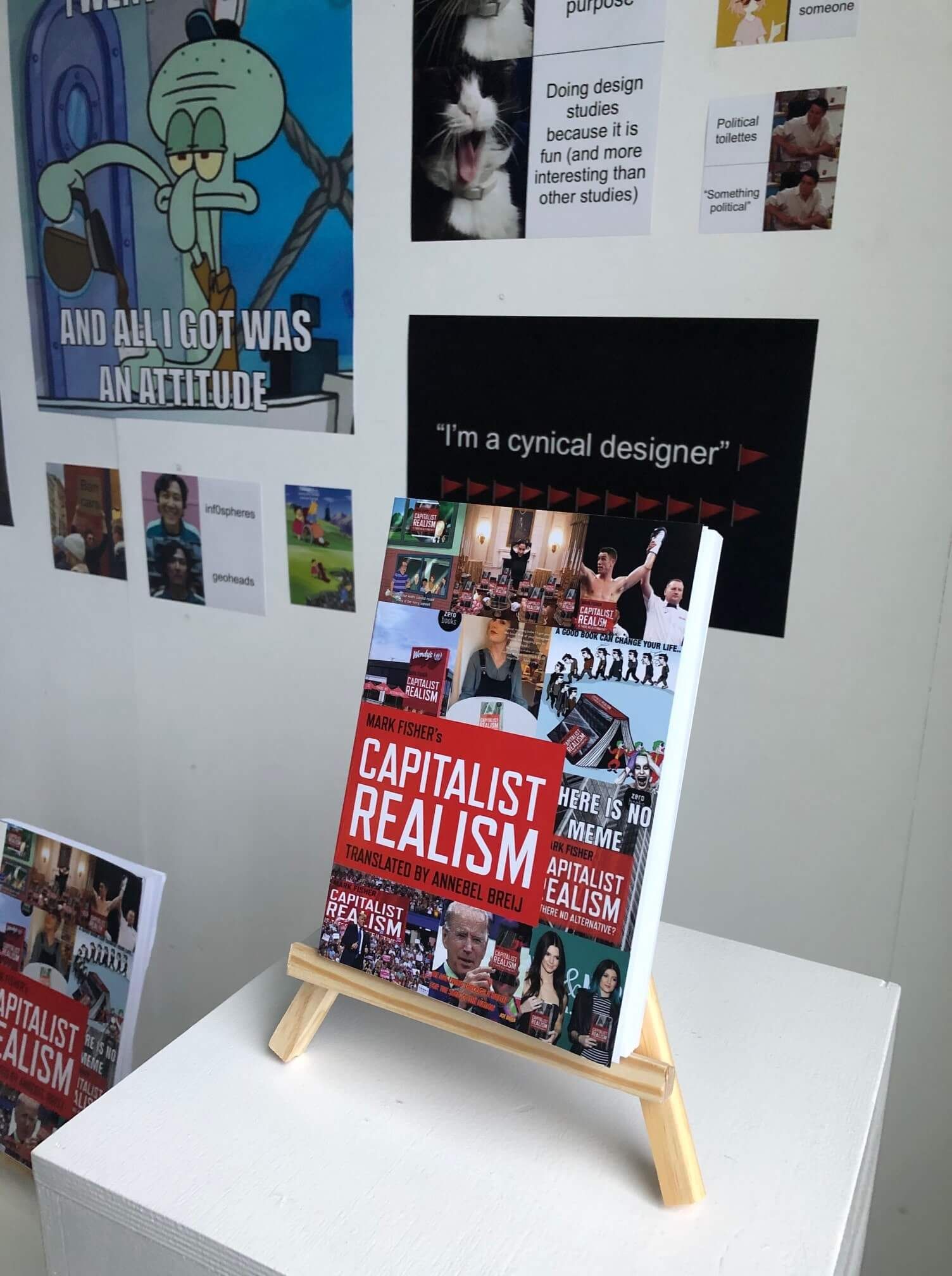