Mindful of the experimental blog The Jogging, I produced a few renders of art installations/ready-mades based on the #Pizzagate, a conspiracy theory linking American politician Hilary Clinton and other prominent Democrats to a child-trafficking ring taking place at a pizza restaurant in Washington, Comet Ping Pong. [I’m writing it all down for the normies]

I imagined these digital assemblages as a hybrid of Facebook fake-news ads and Aliexpress product placement with auto-generated text.

On one hand, I think these images further reinforce the pervasive nature of capitalism (where anything has to be converted into clicks and profits), on the other, I sort of like to contemplate them as projections of contemporary anxieties, ways the population has to exorcise its fear about gender policies, child exploitation, immigration and environmental problems.

I do not believe conspiracy theories are to condemn, even when they have the potential to result in tragedies. If a 28 years old father gets so desperate to assault a pizza place with an AR-15 rifle (as it happened in Washington in 2016), it is probably because they’re feeling impotent towards the ordinariness of child trafficking in the world and the imbalance in wealth/power distribution.

By resolving the real issues hiding behind the conspiracies, people will no longer recur to these palliatives in order to soothe the guilt neoliberals enjoy assigning to every common citizen. 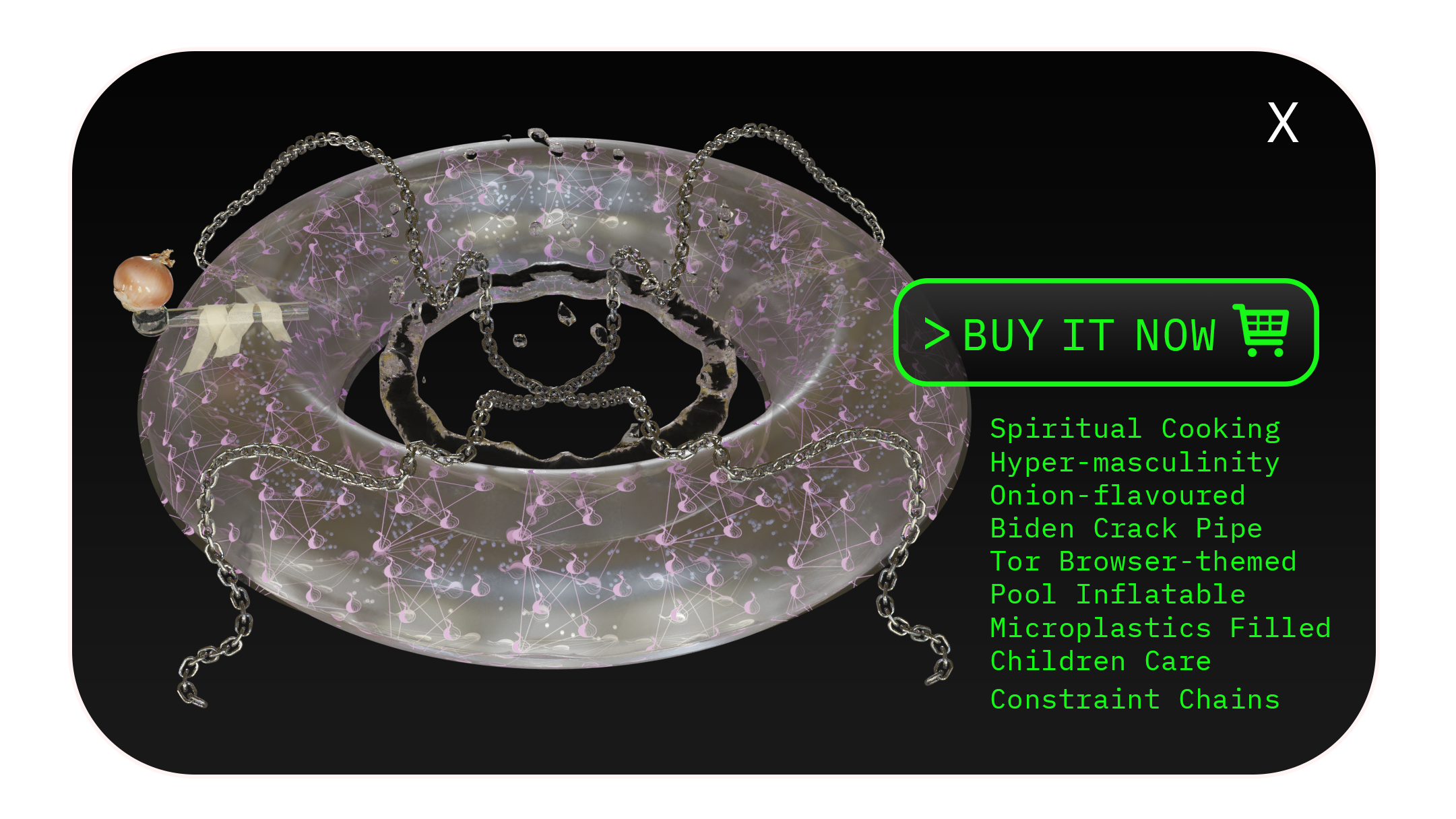 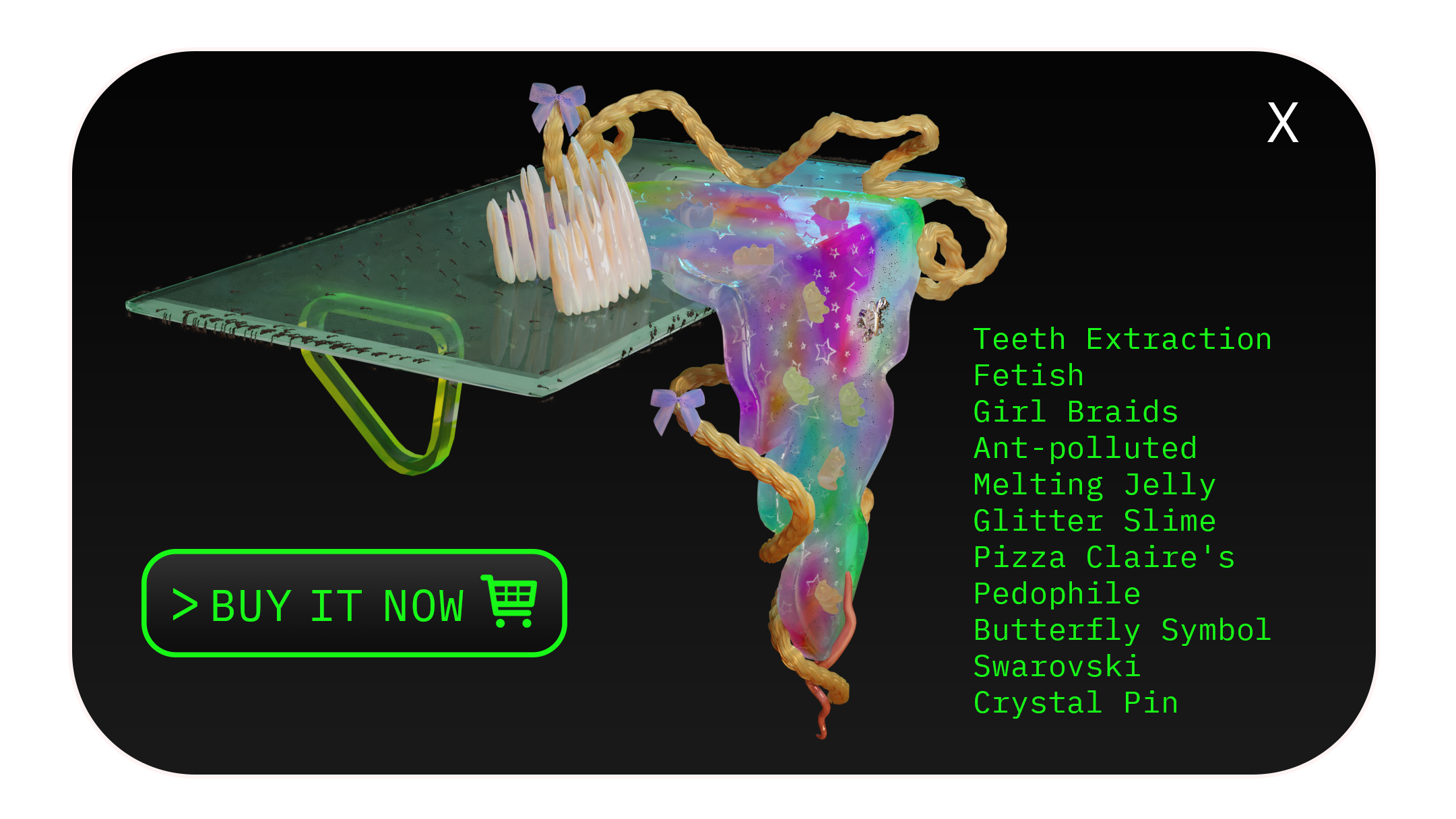 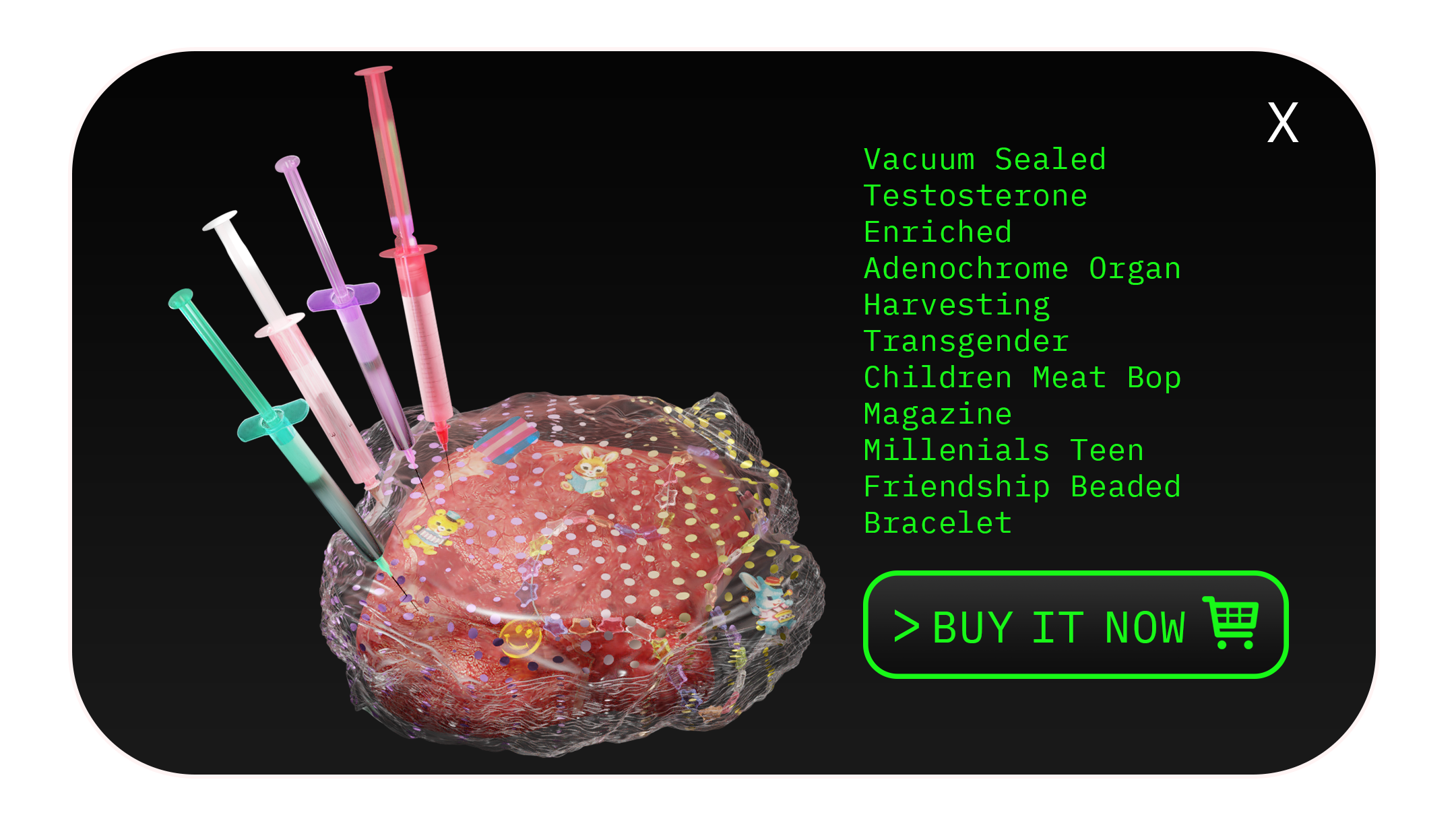