There is a community on reddit, r/TaoistAnarchists, which at the time of writing has 542 members. It’s exactly what it says on the box. The most popular posts are passages from books written by British and American popularizers of Taoism, such as Alan Watts, A.C. Graham, and Ursula K. Le Guin. Other posts are simply photos taken from passages of the Tao Te Ching and Zhuangzi that seem to have anti-authoritarian leanings—

A simple “left or right”/ “lib or auth” reading just doesn't do Taoism justice. From the standpoint of simplified western understanding of Taoism, however, there is more than enough reason to conflate it with an online anarchist aesthetic that seems true to its self-contradicting and anti-ideological nature. Its definitionless-ness is its strength.

There is a famous Taoist motif, The Vinegar Tasters, in which three of the most famous Eastern philosophers (Confucius, Buddha, and Lao Tzu) are depicted dipping their fingers into a vat of vinegar and licking it off their fingers. Confucius, upon tasting his portion of the vinegar, is disgusted and seems to want to “correct” the vinegar by sweetening it in some way. When Buddha sticks his finger into the vat and tastes it, he is equally repulsed. Expecting the bitter taste, he is not surprised, but paradoxically has chosen to taste it anyway. Wanting to participate in life, but building your worldview around the premise that all life is suffering, creates a tension inherent in the middle way that would seem to lead one toward asceticism, though such an extreme lifestyle was also paradoxically discouraged by the Buddha. When Lao Tzu tastes the vinegar, he is pleased because it tastes exactly the way that vinegar ought to taste.

This satisfaction with the world “as it is”, which is to say, not trying to change its fundamental character to suit one’s own needs, but rather changing one’s perception to suit what is offered is a theme often repeated in the anti-Buddhist shitposts. This ignores the political angle that Taoist Anarchism presents as an edeology. Taoism, while convenient for pastoral recluses, seems to fail the simple litmus test of whether or not it can be practically adopted by society-inhabiting leftists, this being “will this help achieve communism?” An oversimplification of Taoism would certainly lead you to believe that one should simply live and let live in regards to the “innate character” of forces beyond the individual’s control— the existence of war, landlords, and the stock market. Taoist Anarchism, in this light, appears to be an oxymoron.

And yet, if one thought critically about the motif of the vinegar tasters, one would see that it’s not that apt at determining the character, or Te of categories as abstract as our political opposites. Vinegar tastes like vinegar because of an arrangement of molecules fermented in a vat. It is bitter and smelly. Even without its name, and our ability to perceive it, vinegar would still exist. The same cannot be said for any ideology, as it is ideology which depends on our continued participation in it for it to exist. Capitalism is taught, performed. One does not “commit a capitalism” through inaction. It is the Confucian way- an attempt to change the character of a world whose essence is deemed uncivilized, non-“progressive”, by unappreciative tasters. If you want to live in a world with a thriving Funko Pop economy and exponential economic growth for the propertied class, and you start off with a world in which people work only to feed themselves and their families, you will see the vinegar as bitter. This is not to say that socialism would arise as a natural part of humanity’s character/Te once capitalism is un-taught. Though it is possible that given the abundance of Earth’s resources, and the fact that with the technology that exists now — nobody having to work more than a few hours a day in order to sustain themselves and loved ones — that we would fall into a sort of overly simplistic anarchism, this being the case only because it is an unspoken anarchism.

Without the direction of ideology, people will simply work, and act in accordance with their environment and community’s character, trying as hard as they can to not develop an explicit, codified new system, remembering the horrors that bureaucracy once posed to them. Action without effort or thought. This avoidance of definition would, in a sense, become a truer anarchism than one which is attested to by all the most recognized theorists on the subject. As it is said in the first passage of the Tao Te Ching: “The Tao that can be told is not the eternal Tao; The name that can be named is not the eternal name.”

When one dips their finger into the vat, when they work to provide and not to profit, they can free themselves of what that drop is “supposed” to taste like, only what it is. The characterlessness of work and life outside of ideology, without the gnawing urge to improve what is already good in its own nature, will be its chief virtue, the purist anarchy achievable. 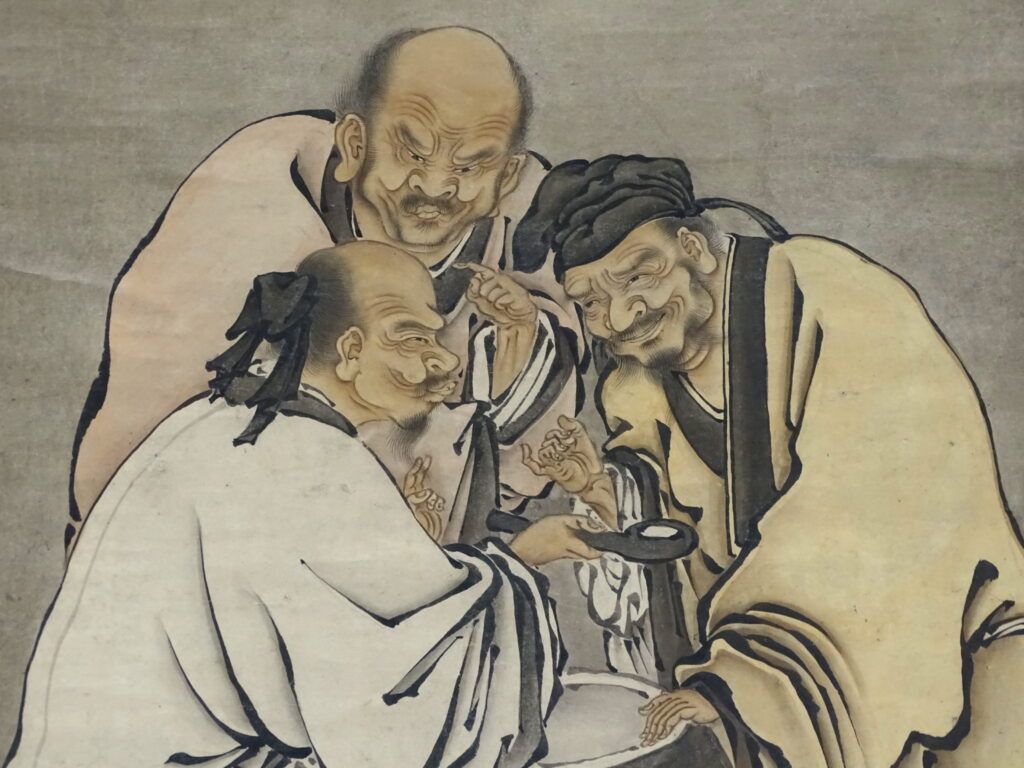