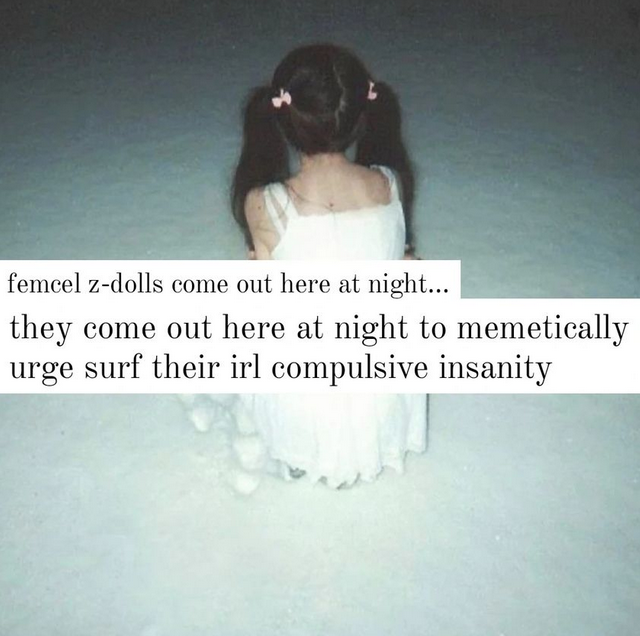 There is something blatantly uncanny about spending your adolescence in the wake of a global multi-crisis, that is seemingly perpetual or even irreversible. Though this might be a historically recurrent experience, there is something particular about the crisis we, Gen Z, are facing this time. What insinuates to make it more loathsome and clowny than previous momentum of crisis might have been, is the dimension and backlash of the ruling generational chasm. We find ourselves in an era where produced technological, intellectual and social commodities have nearly completely overtaken the systems own capacity to reabsorb and cultivate them in a very traditional, institutionalized academic manner. We therefore find ourselves in a crisis fed and driven by predominantly archaic boomer governments, that couldn’t possibly have more opposite aims and understandings of the world than us. In a frivolously bewildering way, thus, we are stuck in this involuntary participation of unceasingly inflated and repressive socio-educative systems and economies, lead by outmost powerful old cis male plutocracies. The emotionally unavailable and instrumentally failing governmental lead of the boomer generation exposes its own incapacity to respond to very current urgencies in boundless ways. May it be the hyper-individualized and structurality-denying approach of broad irl psychological practice, the institutional production of art alluding a rather unequivocal yet reckless decay, or the overwhelmingly out-dated social right discourse regarding marginalized identities – There is a decreasing number of ways in which leading institutional and academic establishments manage to deliver appropriate answers to contemporary concerns and issues. The vast majority of vigorous institutional voices reflect an utterly deceptive and (deliberately?) disorienting approach when it comes to really almost any kind of time-based social discourse. It is the willfully set and economically driven notions that are regarded as capital efficient and therefore state-relevant, that feed into structural systems of belief, and therefore into our realism. There is something so thoroughly abhorrent and overwhelming about enduring structural fuss whilst taking in an ever caring, mediating and exemplary behavior towards unanswered questions and lacking action of older generations. Being exposed to this massive generational power gap whilst witnessing very archaic, shallow and prankstery systems of belief in all possible shapes and forms, femcel z-dolls soon developed a very dazed manner of growing beliefs and political conviction.

Growing up online and therefore having access to a myriad of non-centralized, non-stately controlled information and content, enables one to debunk, from a very young age on, the foxing nature and insufficiency of corporate institutional opinion makers. Building up your beliefs on verified situational awareness and OSINT sources rather than on traditional mass media, will most certainly enhance one’s clarity and propagandist resilience. One will comprehend fast the simple inevitability of a semantic shortcircuit of any main superstructural intellectual and political output. Being inundated with an equivalent of 34 GB of cultural and political content per day, femcel z-dolls will master navigation through information a lot faster and clearer, in fact, they will assimilate the skill to detect both state-efficient nature behind seeming truths, as well as astroturfed douchergeist behaviours, at a very brief glimpse - squee.

Given the down right nature of our time based realism, this receptivity doesn’t really weaponize one with anything, nor is it useful as a monetizable asset. What it induces instead, rather resembles a diffused and hardly satisfiable post-leftist irl urge of transgressive behavior. However when there is seemingly no considerate field of action left irl, nor any sane and accurate irl manners of expression, one might seek comfort in a memetically filthed remote warfare. The memetic femcel grindset often succeeds the tankie theorycel-core stage – genuine political aspiration is no longer existent as such, instead, it is dissolved in rather delusional online purge of wildly reckless and irresponsible imagery and text. Whilst political aspiration is certainly still interweaved in some way or the other, the main drive of femcel z-dolls online activity, is to surf their irl transgressive behavioral urge, which is genuinely growing out of a futureless disturbing counter-morality. In gloomy offcore online forums and communities, femcel z-dolls will seek to relieve hyper-specific generational despair and sensitivity. The more rigorous the accuracy of the memetic filth, the more rewarding the relief and comfort, the better the surf. Memetic urge surfing peaks in the transversality of connection, it is the most genuine intimacy a femcel z-doll can experience. It releases an ultimate non-fungibility of kindred emotion. Femcel z-core imagery and text give a mellow thrill that has become utterly tenuous, if not unattainable irl. Instead of criming and praying, we will grind, urge-surf and post – until we are banned or untill we are all free.