Millions of jobs across the country have been automated away to kiosks, robots, and iPads. In response to the millions left unemployed and desperate for help, the ruling class cynically tells us to “learn to code.”

There's no going back. Those jobs are lost and we don't want those boring, repetitive jobs anyway.

So we did learn to code. Not to work but to play.

The only way out is through. We must use every technological advantage we have and use them against the enemy: drones, hacking, surveillance.

Hack the digital door locks of Wall Street’s financial terrorist condos and display your video piece on all their screens, send makeshift drones into Amazon HQ to disrupt meetings, create a geo-tracking app to watch the police that are watching you, spread viruses into police and government software, hack into prison servers to unlock remote controlled prison cell locks, speed up or slow down a political enemy’s pacemaker, leak real-time geolocation info and take over a self-driving Tesla.

As the Situationists noted back in ‘68, many radical gestures such as looting, arson, and destruction of property are closely related to Potlatch—a celebratory event in indigenous cultures, often involving a feast with music, dancing, storytelling, joking, and games wherein members give away or destroy wealth or valuable items to demonstrate power and reaffirm human connection between each other and the supernatural world—all things deeply lacking in our current society.

“They tell us to be peaceful while declaring war on earth, on our bodies, on the very possibility of happiness”

There are two paths: the end of this world or the beginning of the next.

What do you choose?

Can you make it to Level 2?

A few days passed. The Elmer Fudd costume arrived conveniently the evening before the press conference. I tried it on in front of my four-foot-high plastic bedroom mirror. The head and tall hunting hat added an additional foot and a half to my height. The “skin” was surprisingly plush, velvety even, and had a tint that was slightly too pinkish, giving off an unsettling feeling—the disconnect between the fuzzy texture and the color which most closely matched a shade of lifeless dried meat found hanging in a butcher’s window display. The hands were completely flat and structureless, leaving them draped and folded into pruney blobs over my average-sized hands. The cloth material was some kind of synthetic fiber like those new hyper-lightweight polyester tents. It looked hilarious.

“Lol that never ends well. Is it like a gay art one or a political one?”

“Oh shit what are you gonna do?”

“It’s a surprise but I will say it involves something you see at sporting events and a classic cartoon. You have to tune into the livestream to see.”

I spent the night watching any Looney Tunes short from the forties and fifties I could find featuring Bugs Bunny and Elmer Fudd. Over the course of the night I witnessed Bugs trick Elmer into being buried alive, watched him continuously lacerate his face with a straight blade while giving him a haircut in a barber chair, watched him coax him into being swallowed whole by a circus lion. I had forgotten how genuinely funny these were. I wrote down lines, scenarios, and gags I thought I could apply to the performance and wrote a make-shift script. I wrote in my journal. 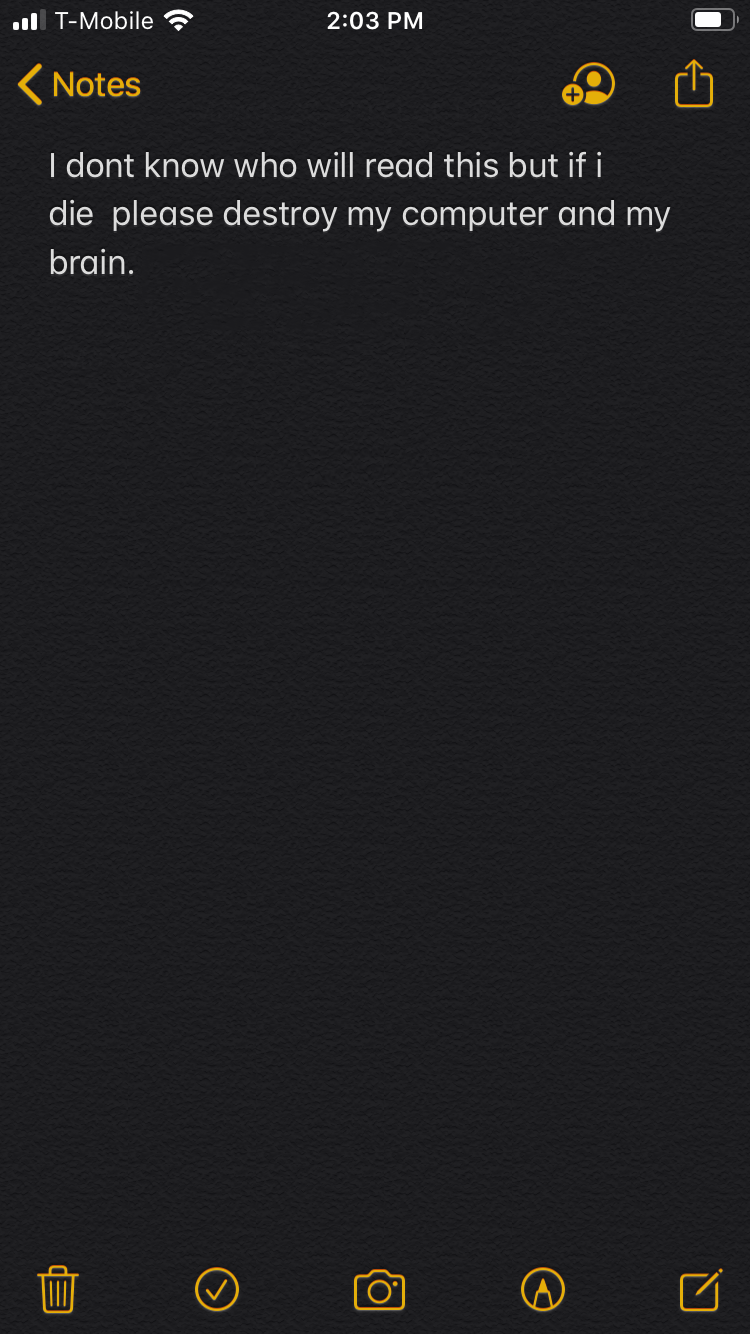