Since antiquity, the myth of Hyperborea (literally “beyond the northern wind”) has loomed large in the European imagination. The earliest references to the idyllic land appear with the Ancient Greeks, who believed the continent, populated by a race of giants, was the Winter home of sun god Apollo. It was said to enjoy eternal sunshine, suggesting a location above the arctic circle, where near 24-hour daylight is typical in Summer months. Contrary to what we associate with the frigid North, Hyperborea was described as having a temperate climate. Traditionalist Julius Evola attributed this to the civilization’s having existed prior to a catastrophic shift in the Earth’s axial tilt.

Students of the myth have suggested numerous possible locations for the Northern paradise, including Iceland, Greenland, the British Isles, and Scandinavia. Association with Northern Europe contributed to the status of the Hyperborean narrative within the National Socialist tradition, beginning with Völkisch occult groups like the Thule Society, whose preoccupation with tracing the Aryan lineage fuelled German nationalism in the early 20th Century. These Ariosophists took inspiration from Helena Blavatsky’s Theosophical school, which identified Hyperborea as the Polar origin of the second root race. Chilean Esoteric Hitlerist Miguel Serrano elaborated on the myth, detailing how the Hyperboreans, after fleeing their Northern home, took up residence in a vast cavern at the center of the Earth.

Elsewhere, Hyperborea came to be associated with Northern Asia. From 1921 to 1923, Soviet occult researcher Aleksandr Barchenko mounted an expedition to Russia’s Kola Peninsula to find remnants of Hyperborea. There he purportedly found ruins of stone structures, which he believed originated with the ancient civilization. Today, the most common depictions of Hyperborea come from 20th-century artist Vsevolod Ivanov’s fantastical paintings of an imagined Russian past. These images feature heavily in the Hyperborean memes that have gained popularity in fringe internet spaces since 2020. Though it is unlikely that Hyperborea ever existed, today’s resurgent interest in the legend indicates that speculations about its location and nature will continue to entice future generations. 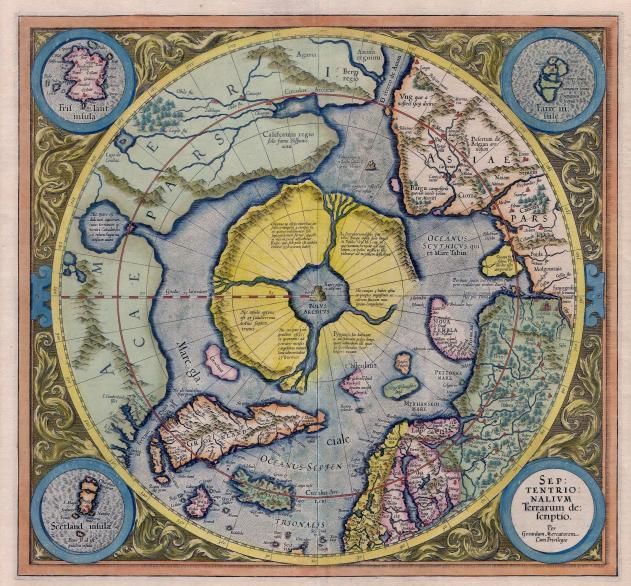