Here are images from a body of work created over the course of 2021. One is a seven-foot-tall digital print on vinyl, collaged with numerous materials, and it's accompanied by two smaller drawings, all united by their predominant color of yellow, a hue that served as one of the Pantone colors of the year for 2021 and is also commonly associated with the Gadsden flag--"Don't Tread on Me"--as seen at the beginning of January in the crowd at the capitol riots. The works borrowed such signifiers of political intent--snakes, the flag color--but deployed them in a dense arrangement of other references, including popular memes from 2020/2021, such as the "You're Finally Awake!" or "no step on snek" memes, the latter of which I interpreted as a suitable parody of the verging on childish sentiments of "Don't Tread on Me."

I was interested in creating a body of work that anticipated the earnest anniversary tributes I correctly assumed would be made by more established contemporary artists, and instead fashioning something more facetious--or a joke wrapped in a tragedy, as is my own interpretation of digital-borne events like Jan. 6--while also embedding sincere content relevant to my experience over the past year with art institutions, all through a formal attention to detail, texture, and specific Egyptian hieroglyphs or multivalent symbols like the crane. The crane is often associated with peace, something made in tribute to the dead, on the occasion of tragedies, etc. However, it is also a model for DARPA's latest airplane model, and currently in development. As DARPA was instrumental in the development of the internet and email technology, the appearance of the crane in the work threads the needle of connection between the internet meme compositions, imagery, and overall sense of active construction of layers in these works. I was interested in sending a packet of messages across a fuzzy timeline, ricocheting between allusions to past, present, and future. 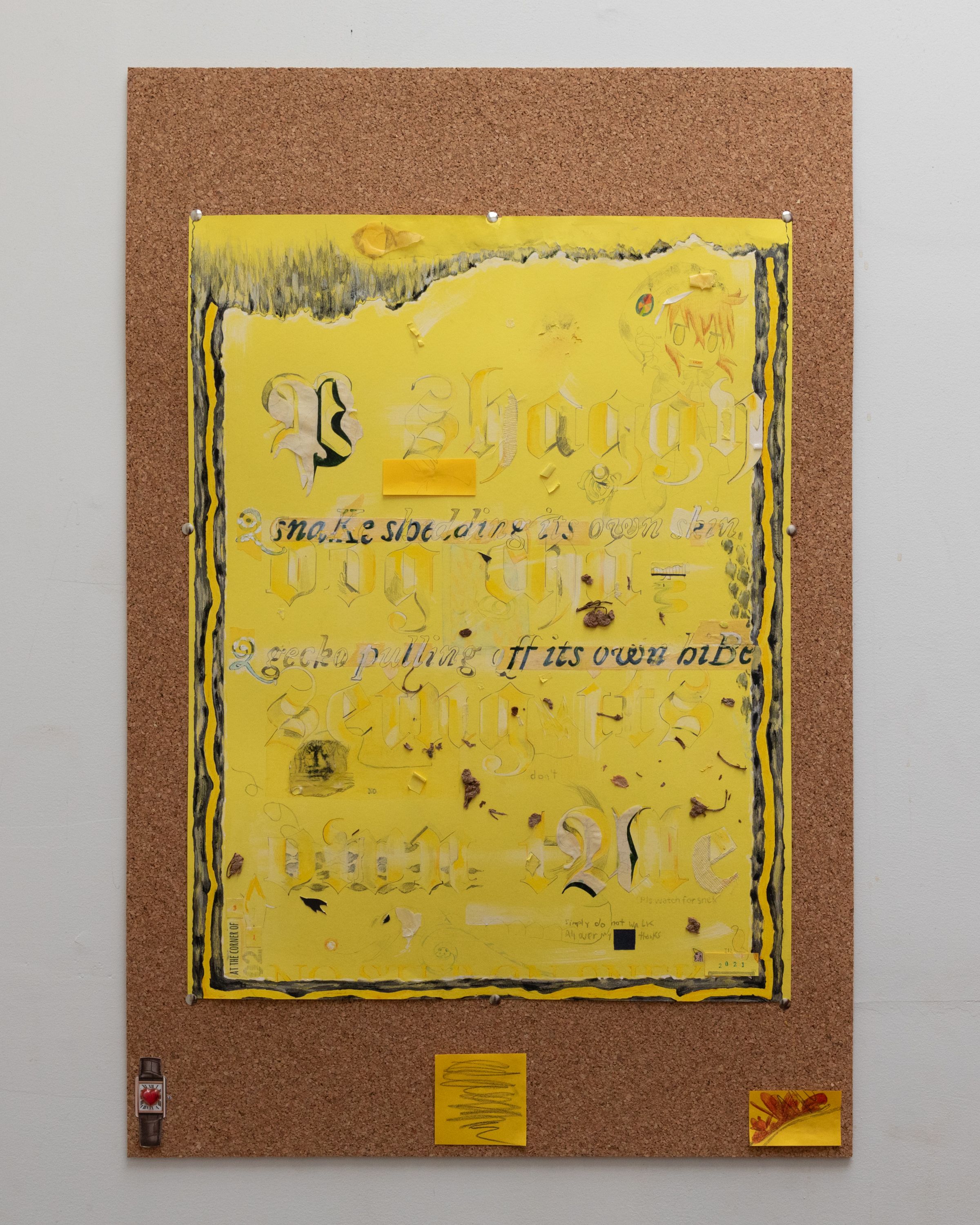 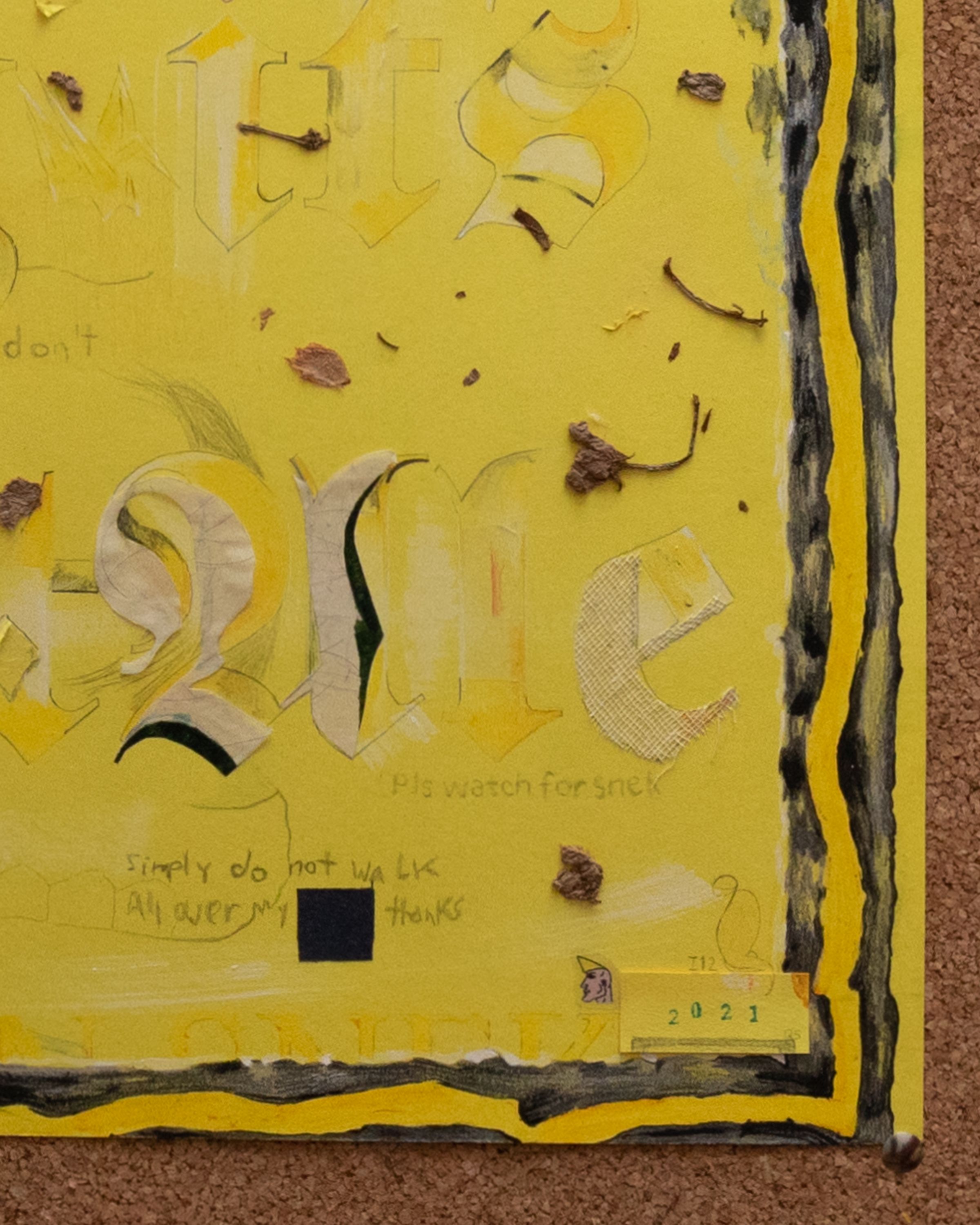 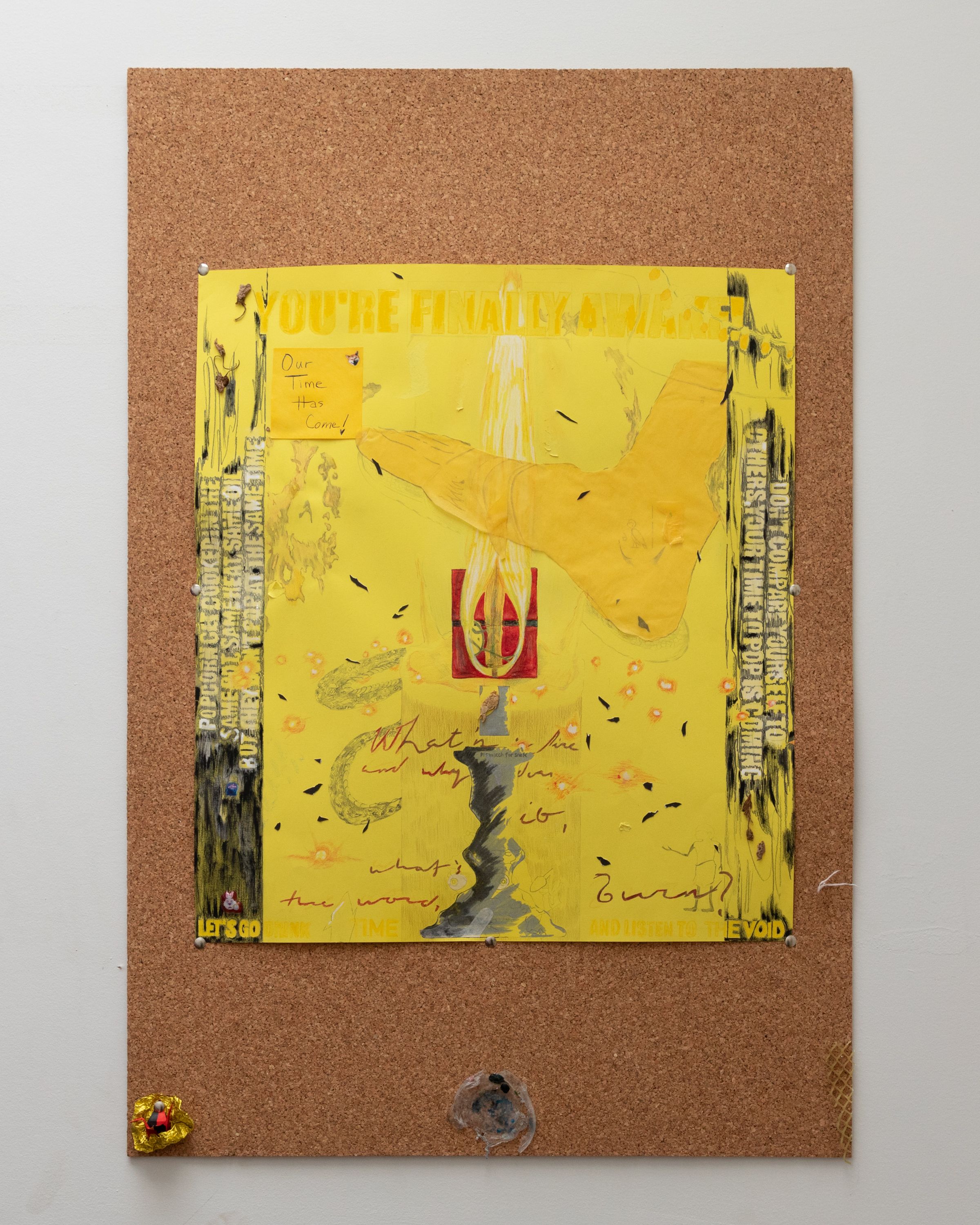 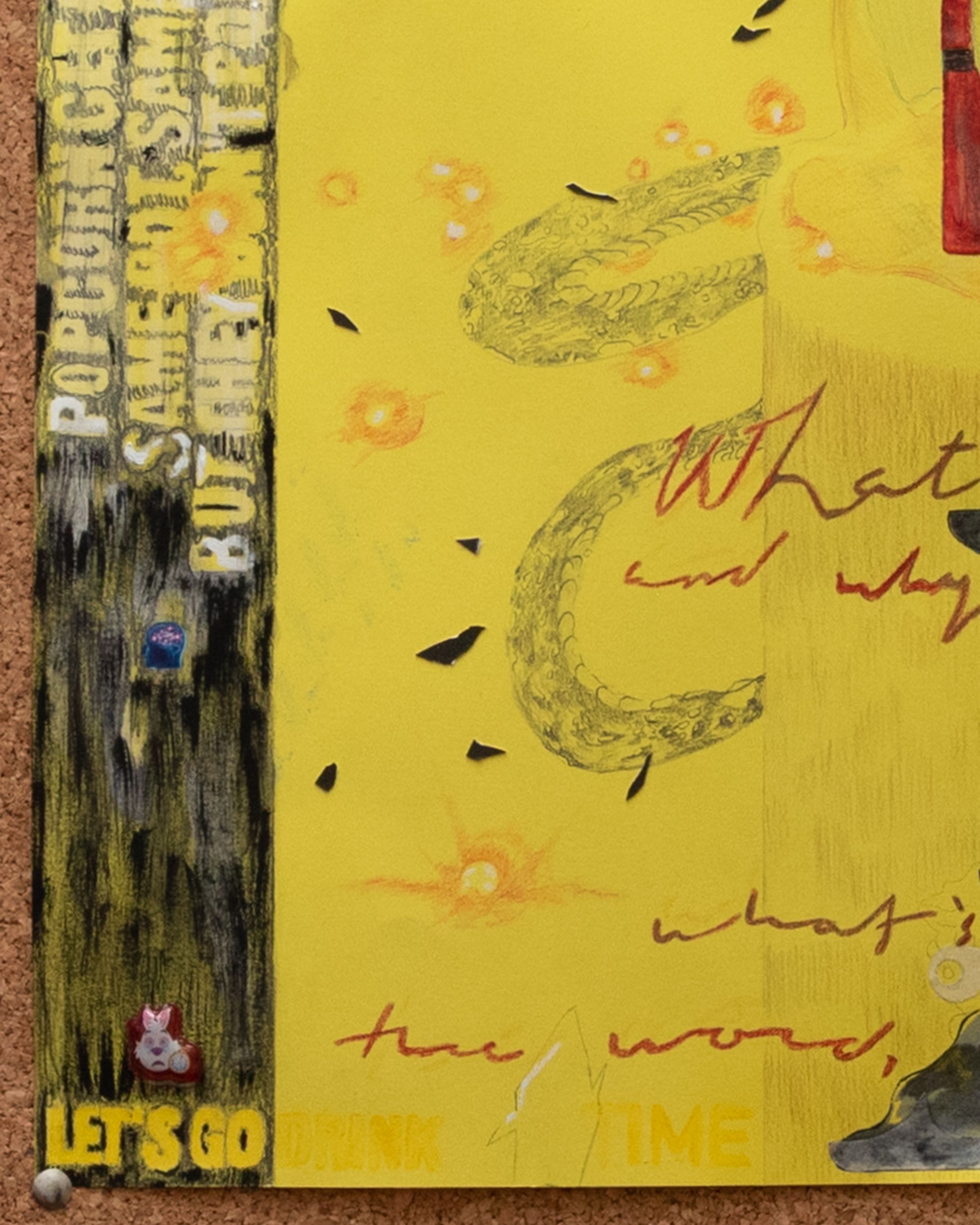 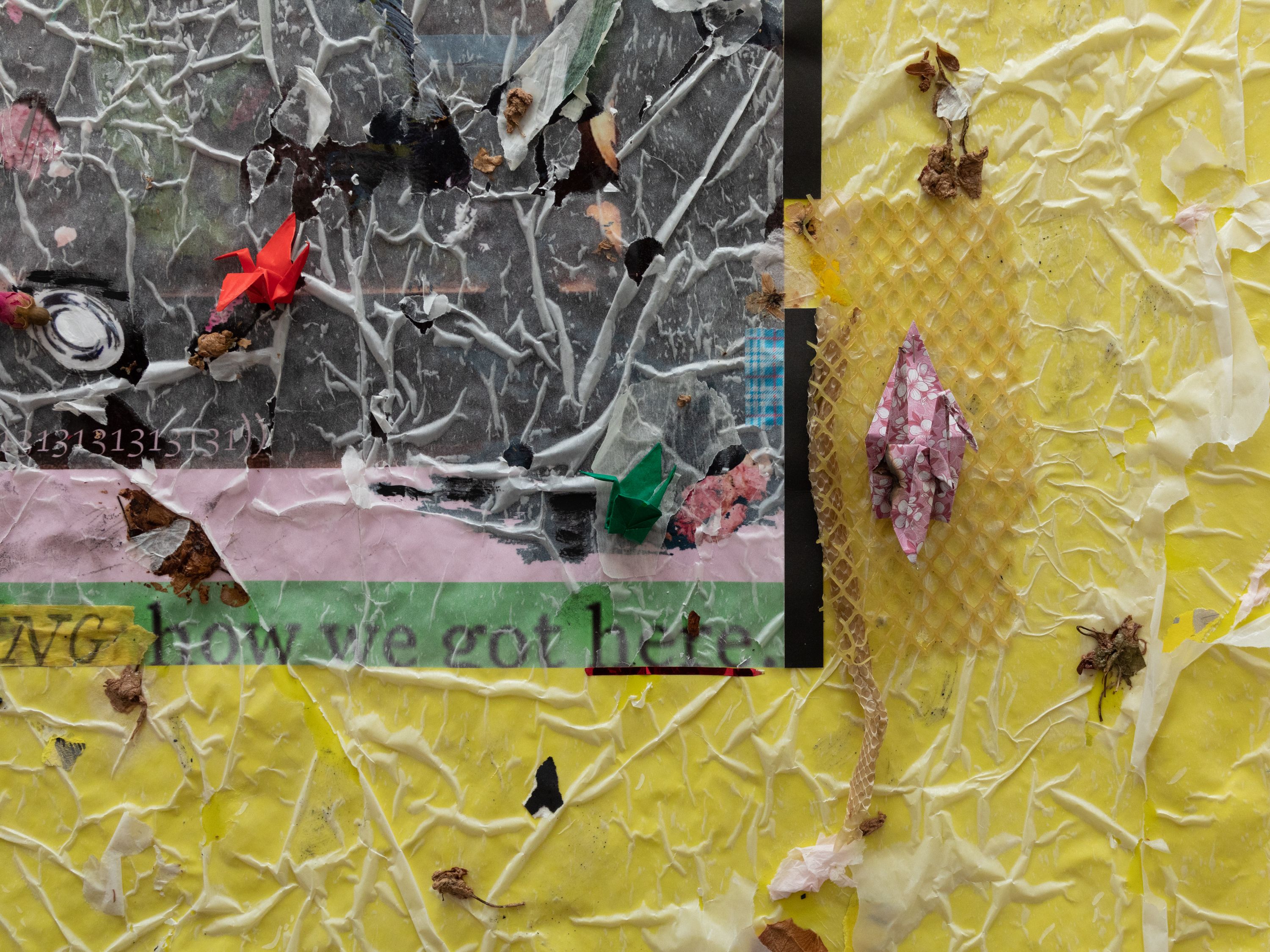 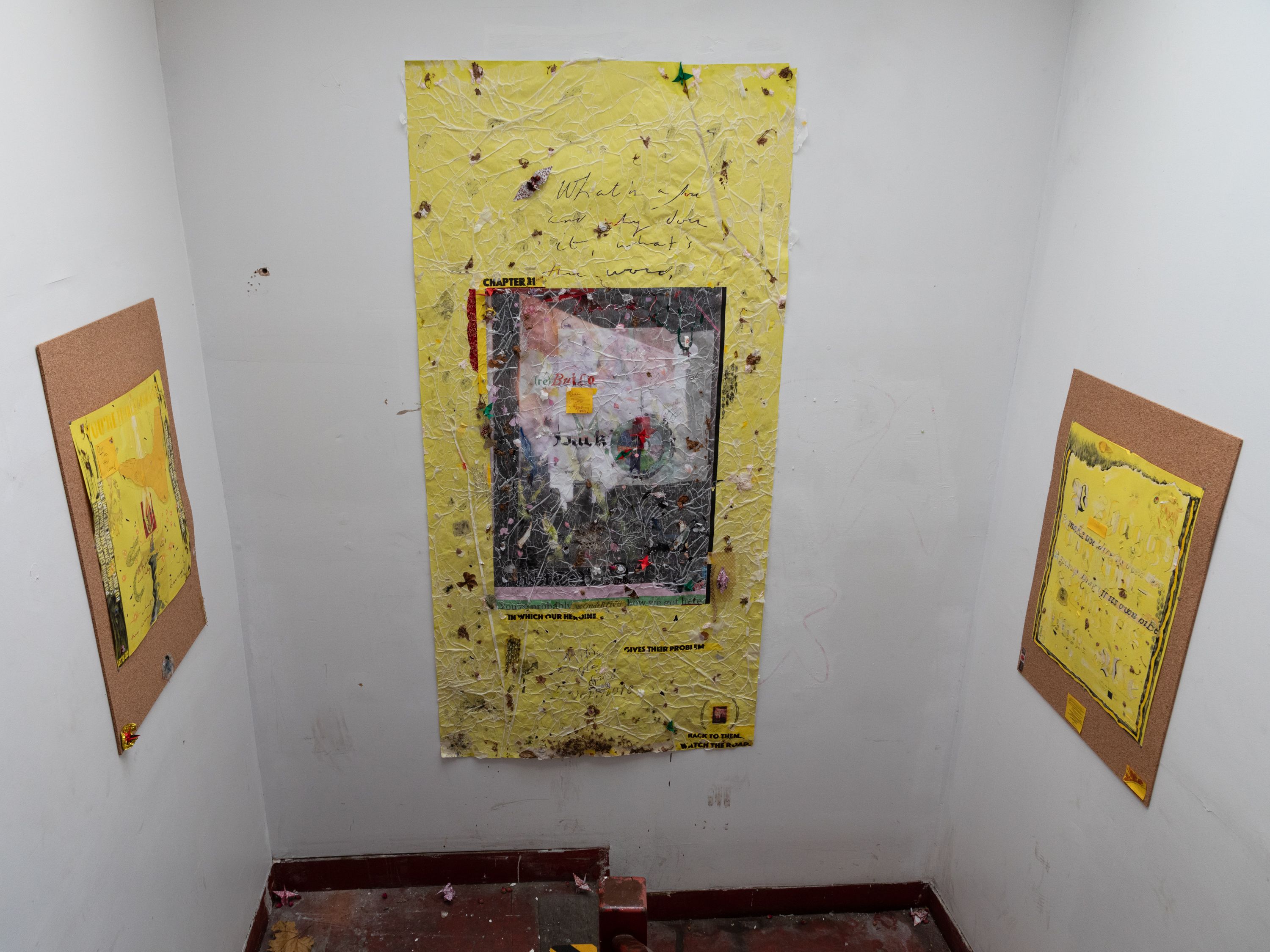