Historically the trope of the goblin comes from the biblical trope of the devil. Through time different terms have been used but fundamentally orc goblin and devil all refer to the same thing. Lucifer is the most powerful angel that falls in discordance with god. If we believe the non-personified god is all powerful and all knowing and actualized only the best of all possible worlds, the fallen angel or the discordance is a necessary component of reality. This discordance extends to all things as the spoiler of the absolute and impossible logical purity of any given system. The devil historically represents the thing that turns milk bad, that brings rot and decay through temptation of alternative. The fight between a thing's perceived use case and its wholeness as a multifaceted object with variable potential properties infects the purity of existence. The devil is represented as the satyr or the abomination of human and naturalist traits. This conception extends backwards in time to the notions of amoral gods that are able to contain the chaos of reality while ordering it perfectly all at once. The devil goes through ebbs and flows of representation in the modern world but the idea of abomination is ever present. An animal mixed with humanity, the forest or cave that speaks with destiny and closes in around the miners and loggers with extant plans. The devil is the problem of evil in a dogmatic framework of morality and value.

The orc is born from the mud as a symbiote of dead reassembled flesh and a fungus that infects it with life. In 40k the fungus is all knowing and acts as a distributed consciousness. The underlying fungus that binds the orcs operates on hyperstition. Scrap pieces of steel become guns, scraps of existing guns become vehicles, scraps of existing orcs become new orcs. This model links to the historical representation of the devil or the goblin in its subversion of top down dogmatic approaches to the logic of things's properties and causes. The ergot fungus infects rye bread to cause dramatic envisionments of different possible realities. The goblin makes the bread rot. The goblin in its deep role as marring the truth and power of god subverts the dogmatic approach to create new possible worlds. It permeates the marring into everything. It makes the dogma more dogmatic, forcing it to attach to sharper pillars that constrain reality power and value.

I am interested in the self identity of the disenfranchised with the goblin or satan or fantasy in general. To lean into being a goblin, to lean into disrupting, has possible hyperstitional power. The brutal as the bringer of joy and community. The marring can happen through injection molded petrochemical parts. My computer rolls coal into the apocalypse in an attempt to expand the fungal network. The final singularity is the object of decay becoming something new, ever generative into the void without structure or pain. This work is a collection of speculative objects that attempt to understand spirit and connection through the lens of this corrupted other. 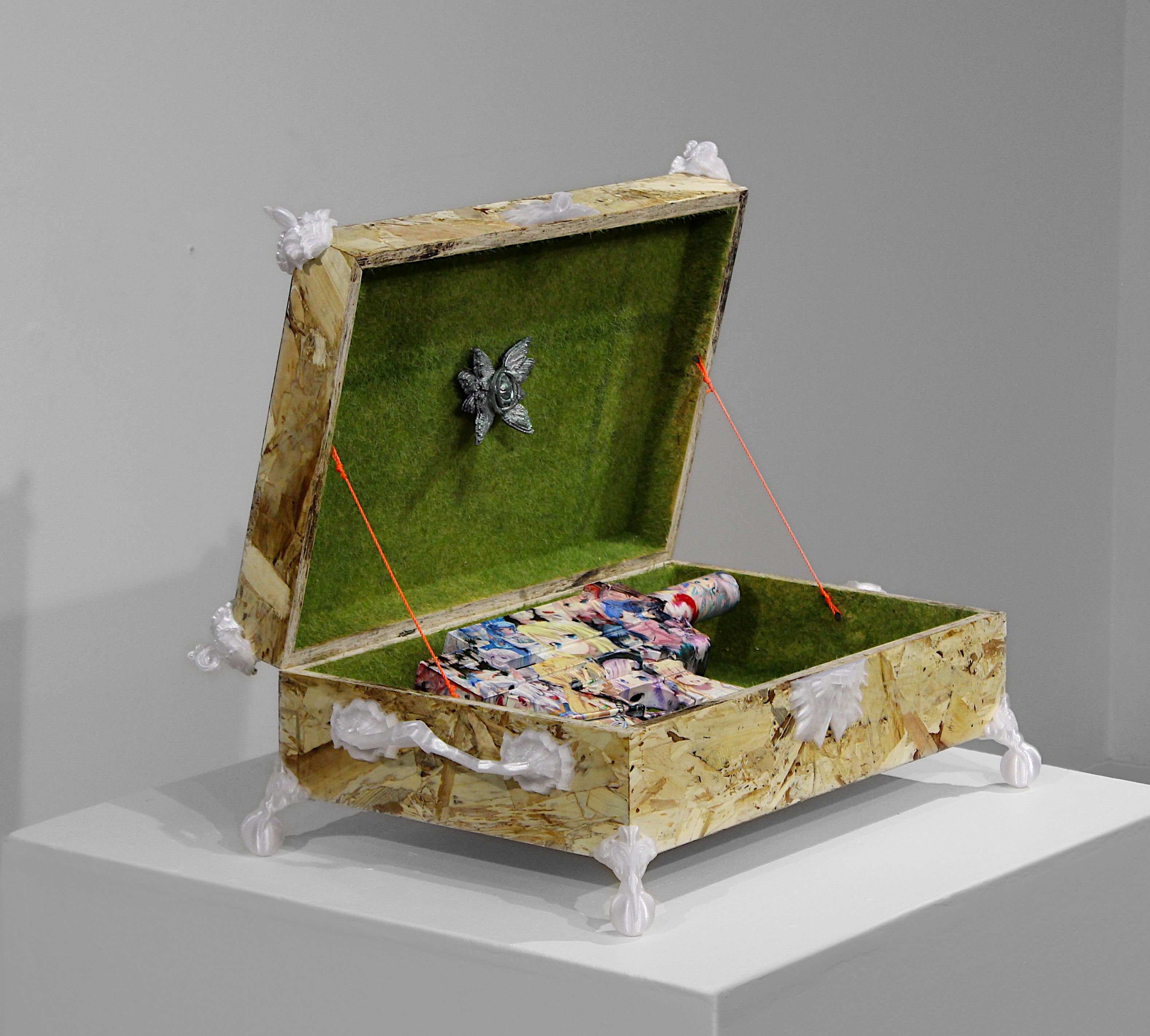 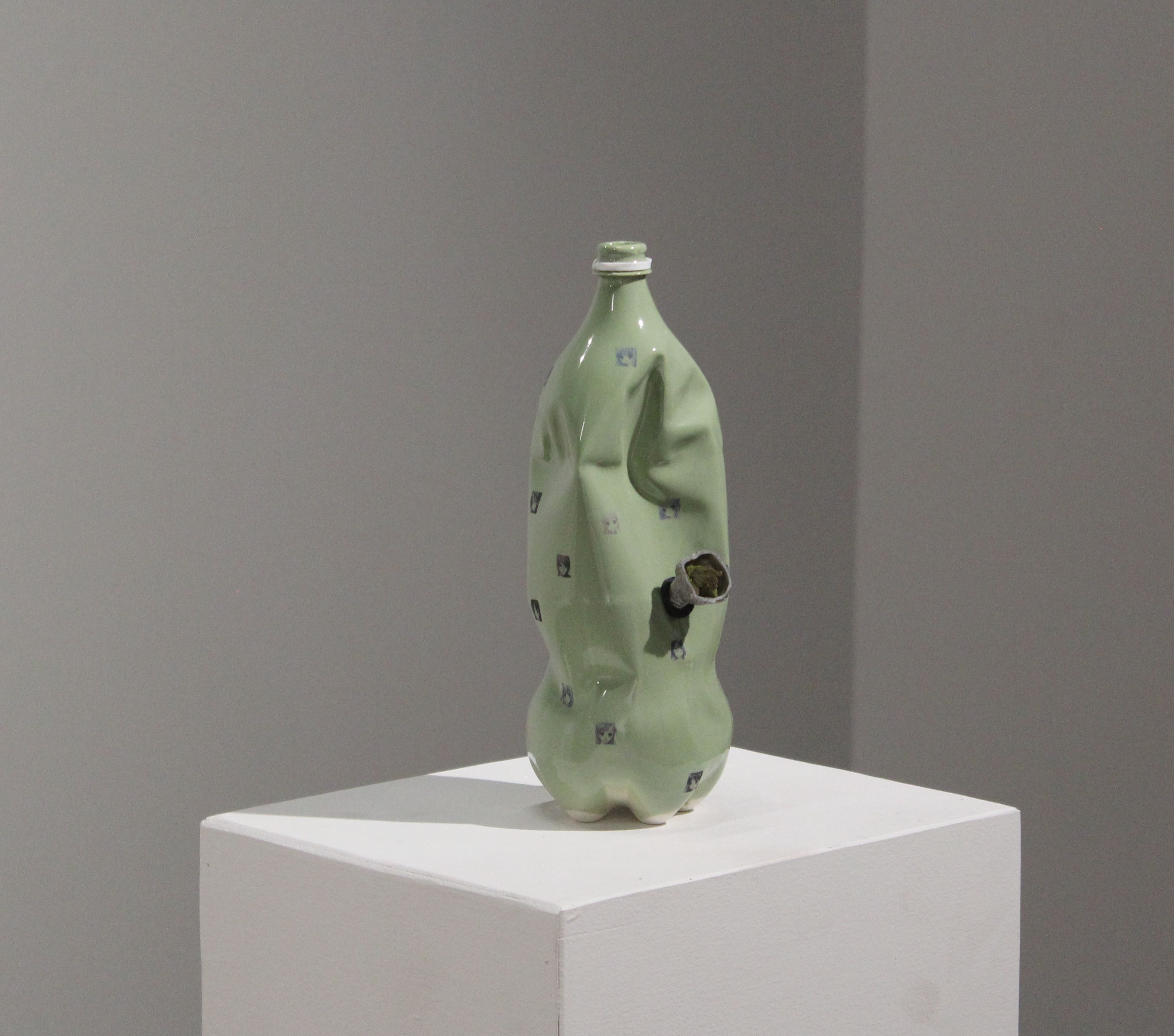 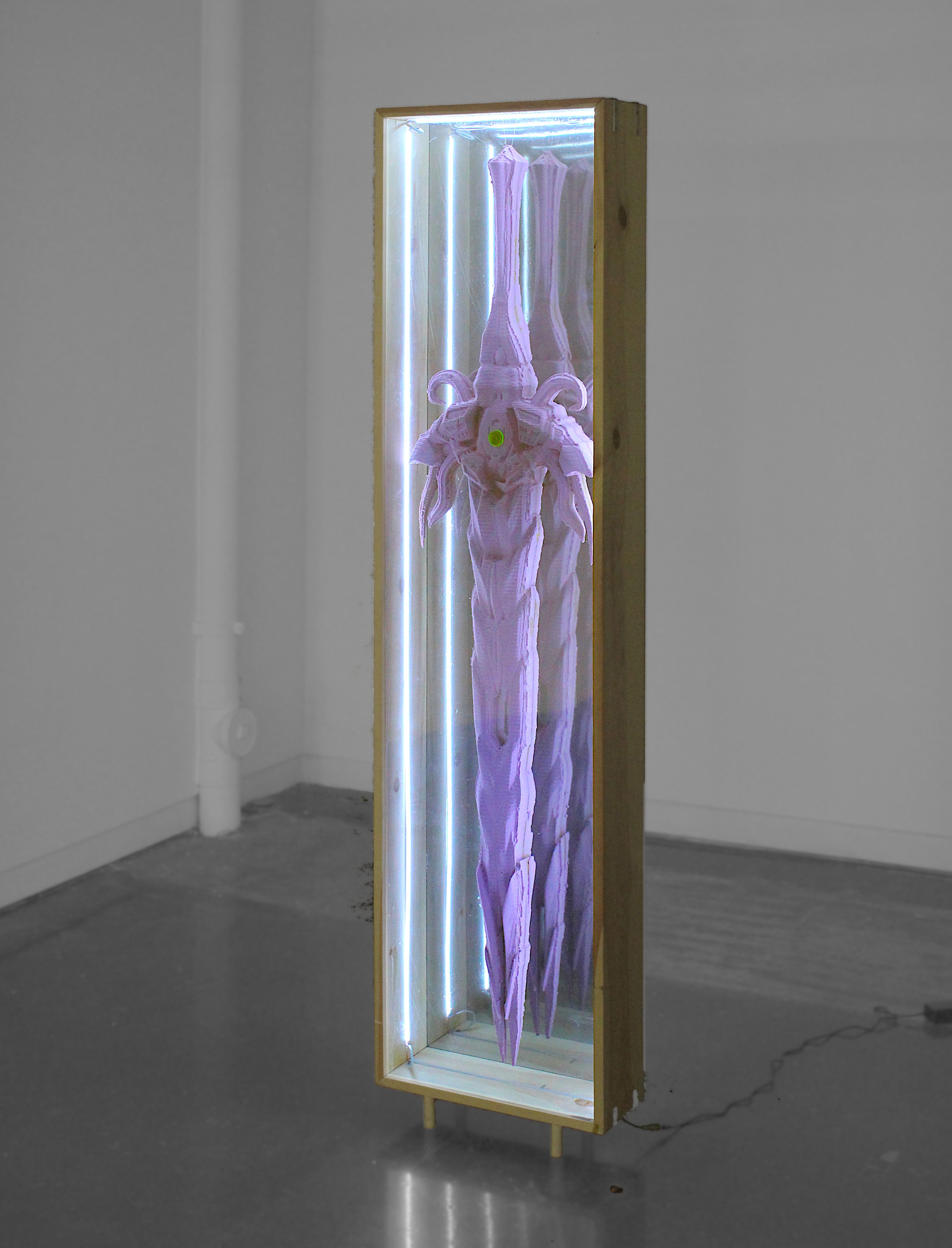 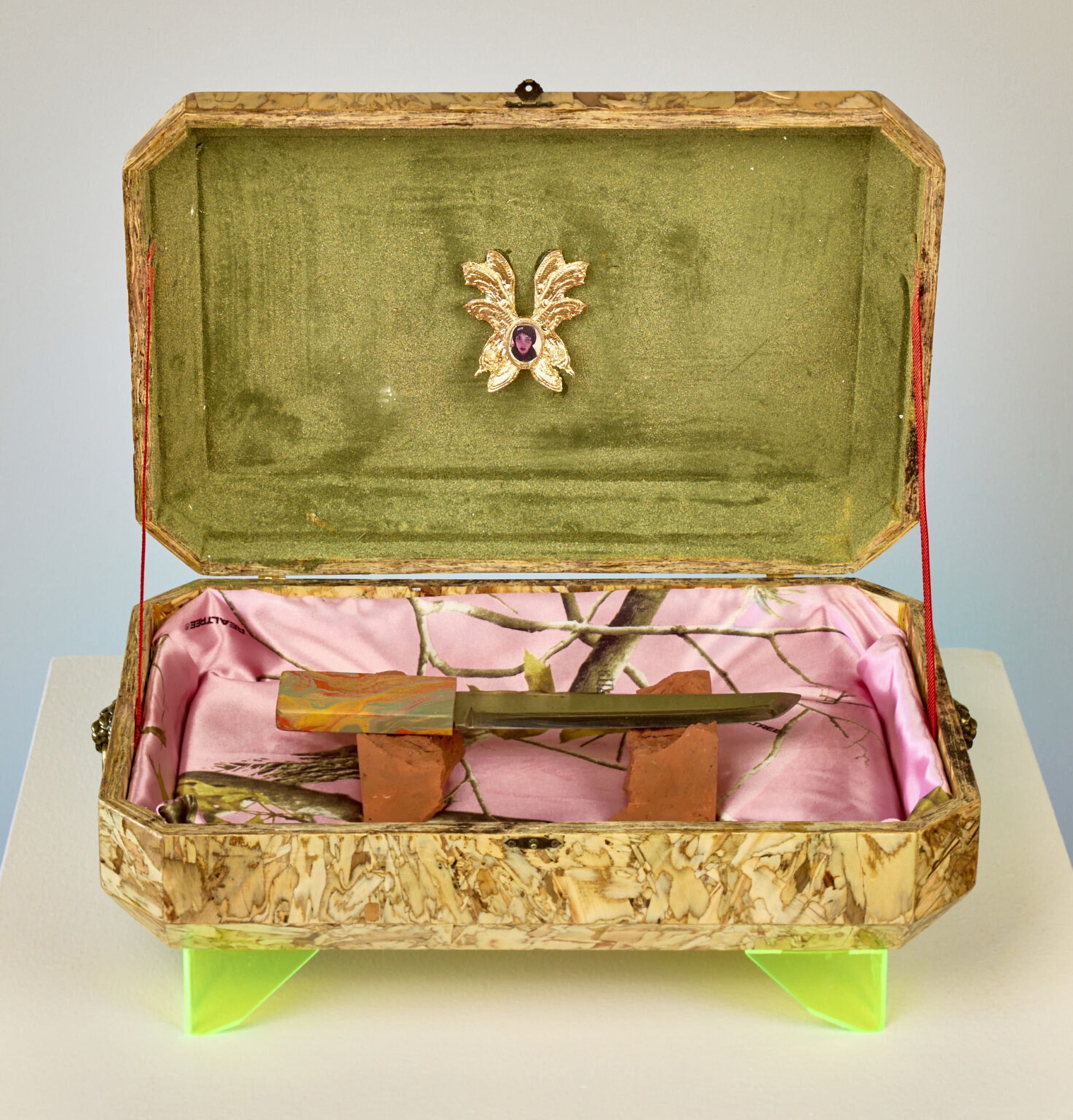 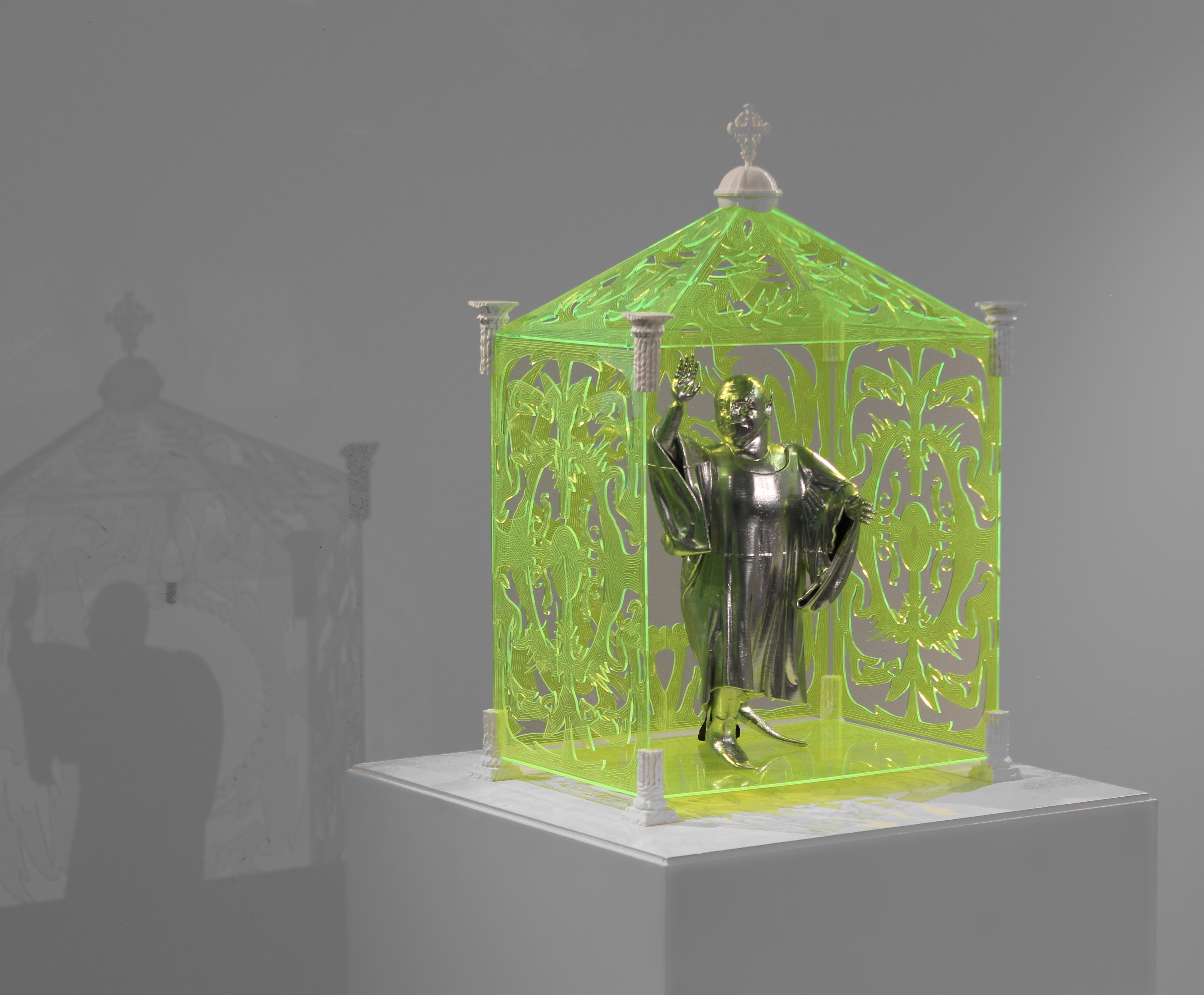 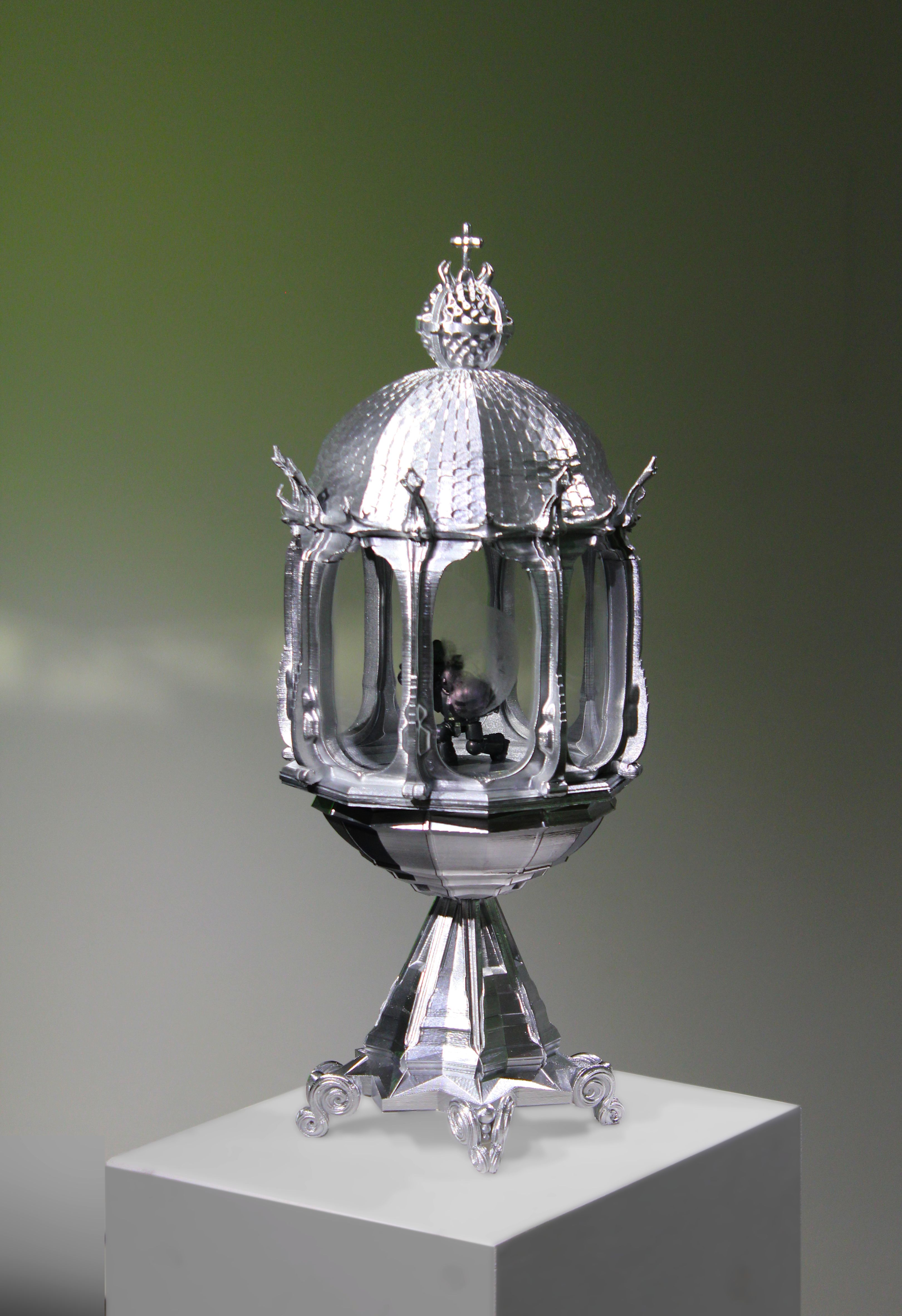 Relic of the True Cross (in Orc Marine Reliquary)