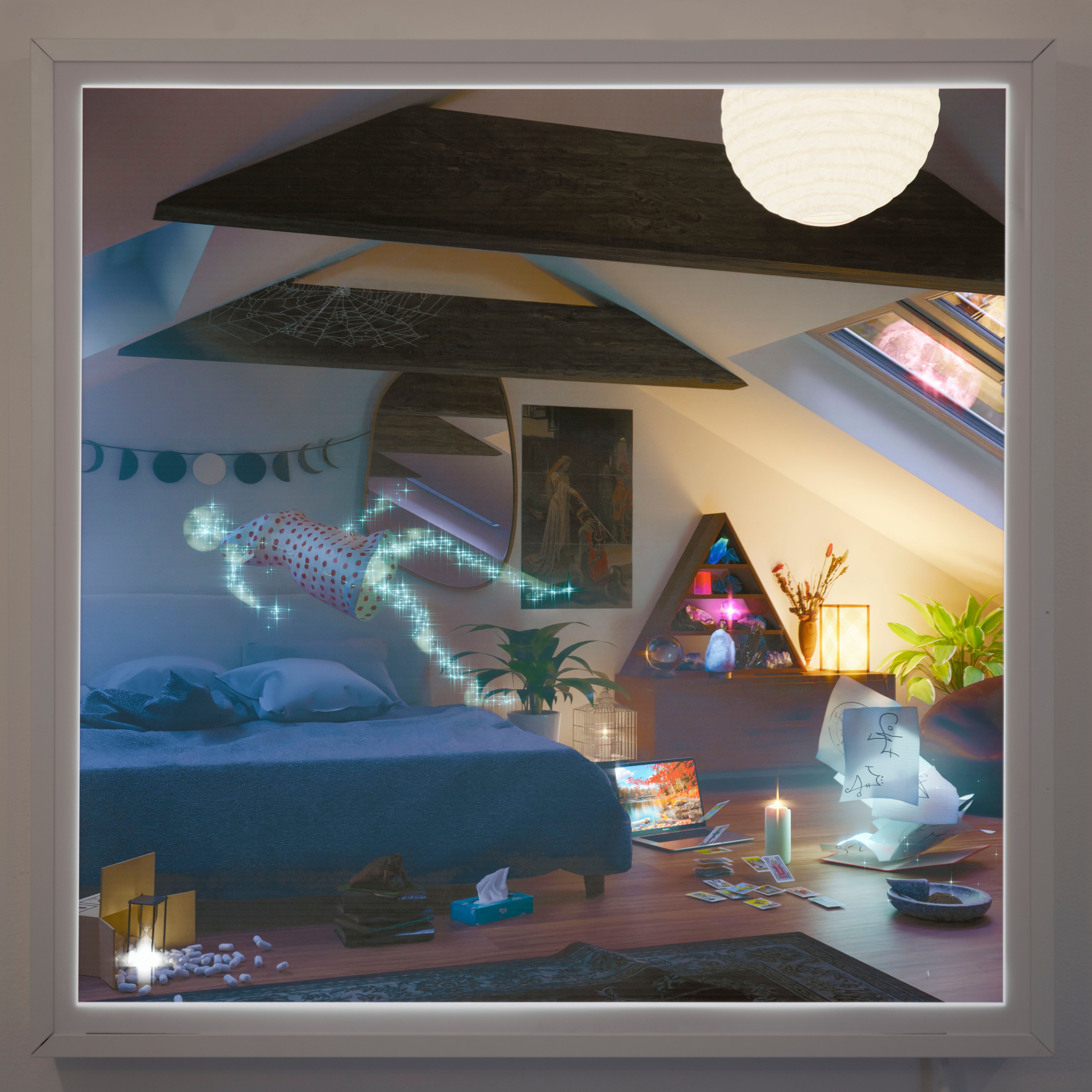 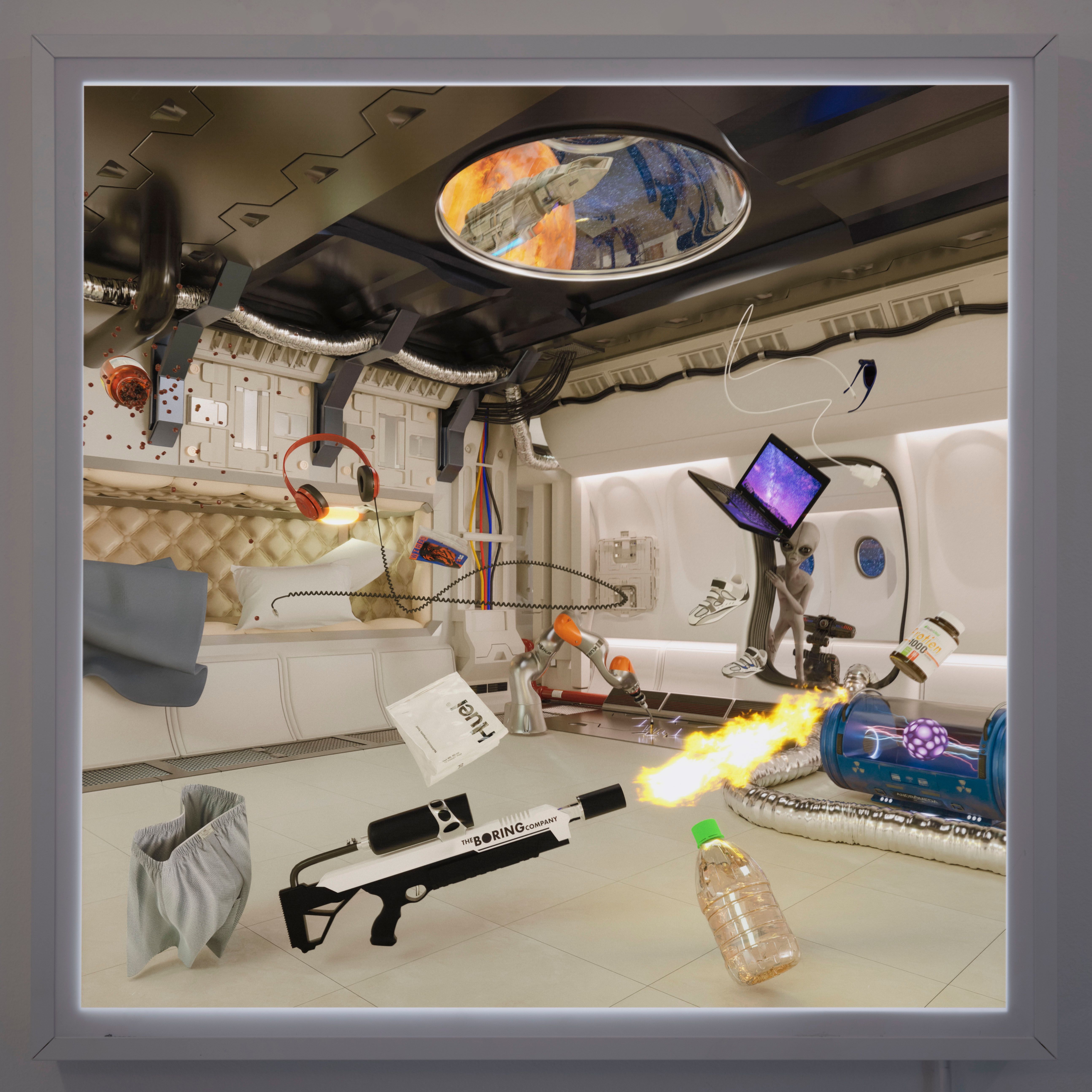 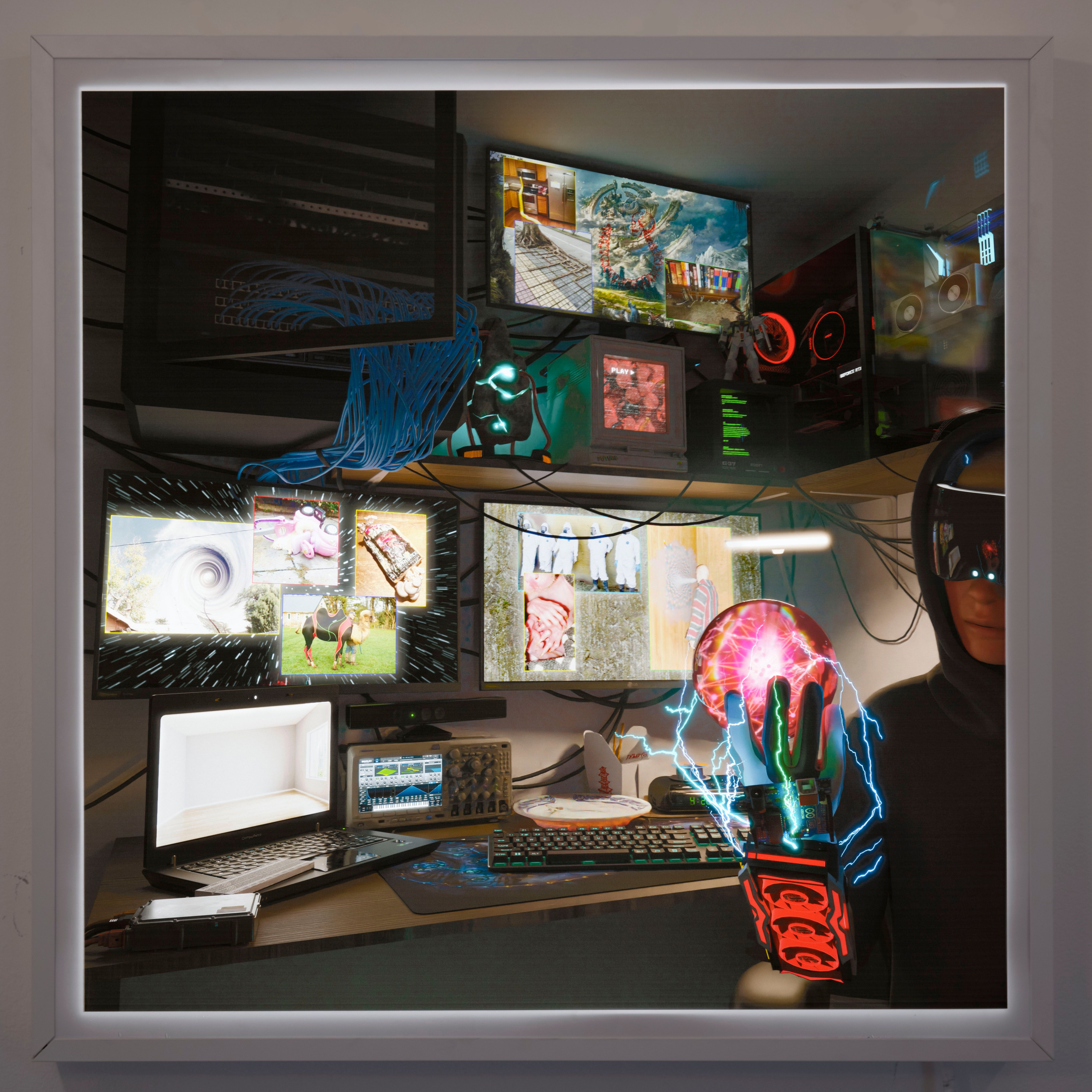 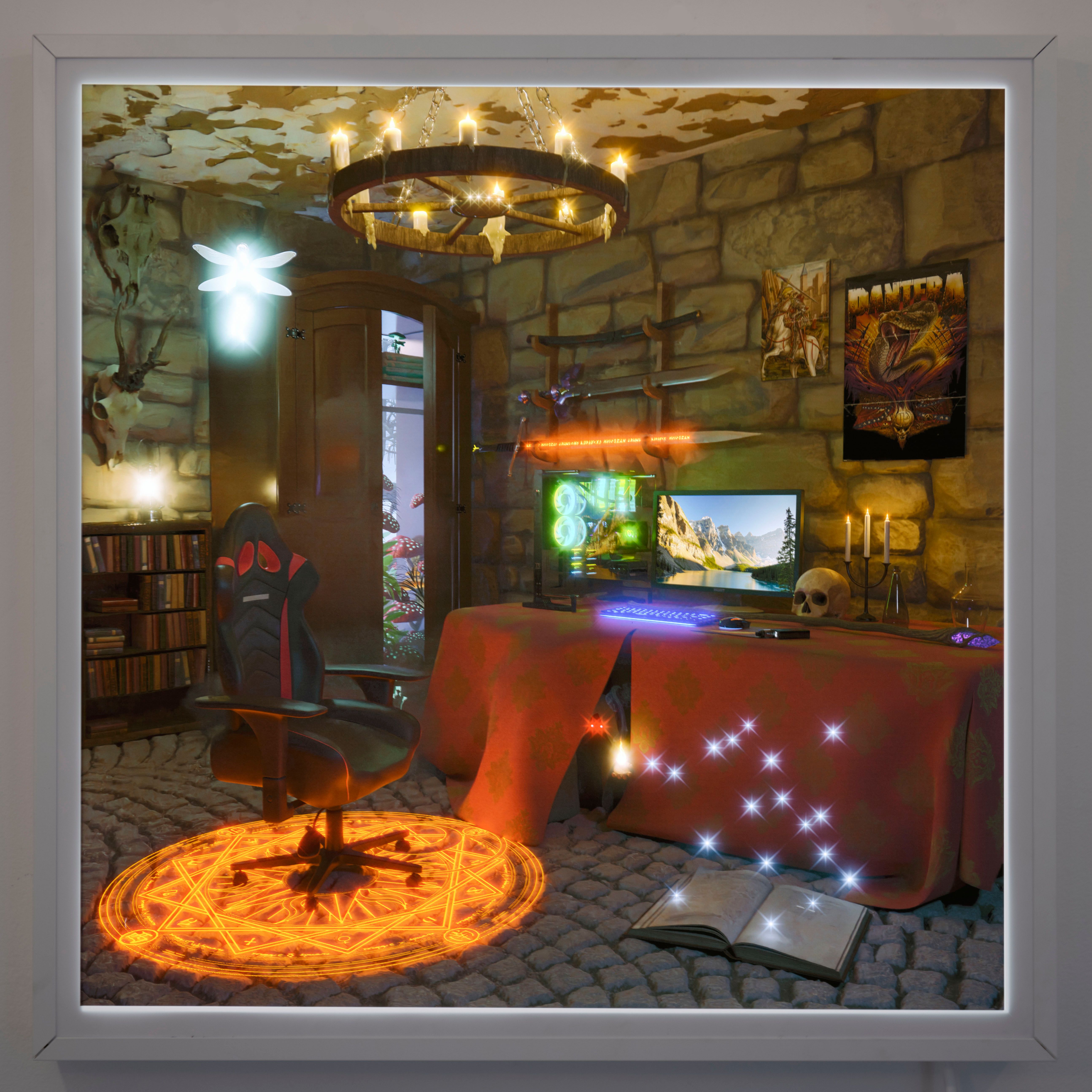 A series exploring what’s left of magic and hope for escape during the early-stages of planetary-collapse and the late-stages of consumer culture; How the sign, signifiers and sigils social-media users adorn themselves with, might point towards a new aspirational escapism. Composed of four light boxes: “Dungeon Master”, “Witchtok Reality Shifter”, “Martian Colonist” and “Haptic-Crypto-Landian”. The work extends from a research project based around “the Aesthetics Wiki”: a user generated collection of “aesthetics”. Self-described by the wiki’s lead editor as “visual-led themes reflected memetically throughout a given subculture,” these aesthetics are thought to “underpin an attitude to modern life.”

The inert screen of the light box offers these portraits of internet niches (and their users) in a state of suspension. If a central character is not already absent they are caught in the moment of exit or transport. The series takes its name from a research paper titled “Reality shifting: psychological features of an emergent online daydreaming culture” (2021, Somer et. al) which describes “a trendy mental activity that emerged abruptly following the flare-up of the COVID-19 pandemic in 2020 and seems to be practiced mainly by members of the post-millennial generation. RS, described as the experience of being able to transcend one’s physical confines and visit alternate, mostly fictional, universes, is discussed by many on Internet platforms.”

Lightboxes are priced affordably and sold to “internet users” to be hung on bedroom walls or elsewhere and shown as objects of new aesthetic identification.