Reject Modernity, Embrace Tradition II: I Have Been In This Place Before 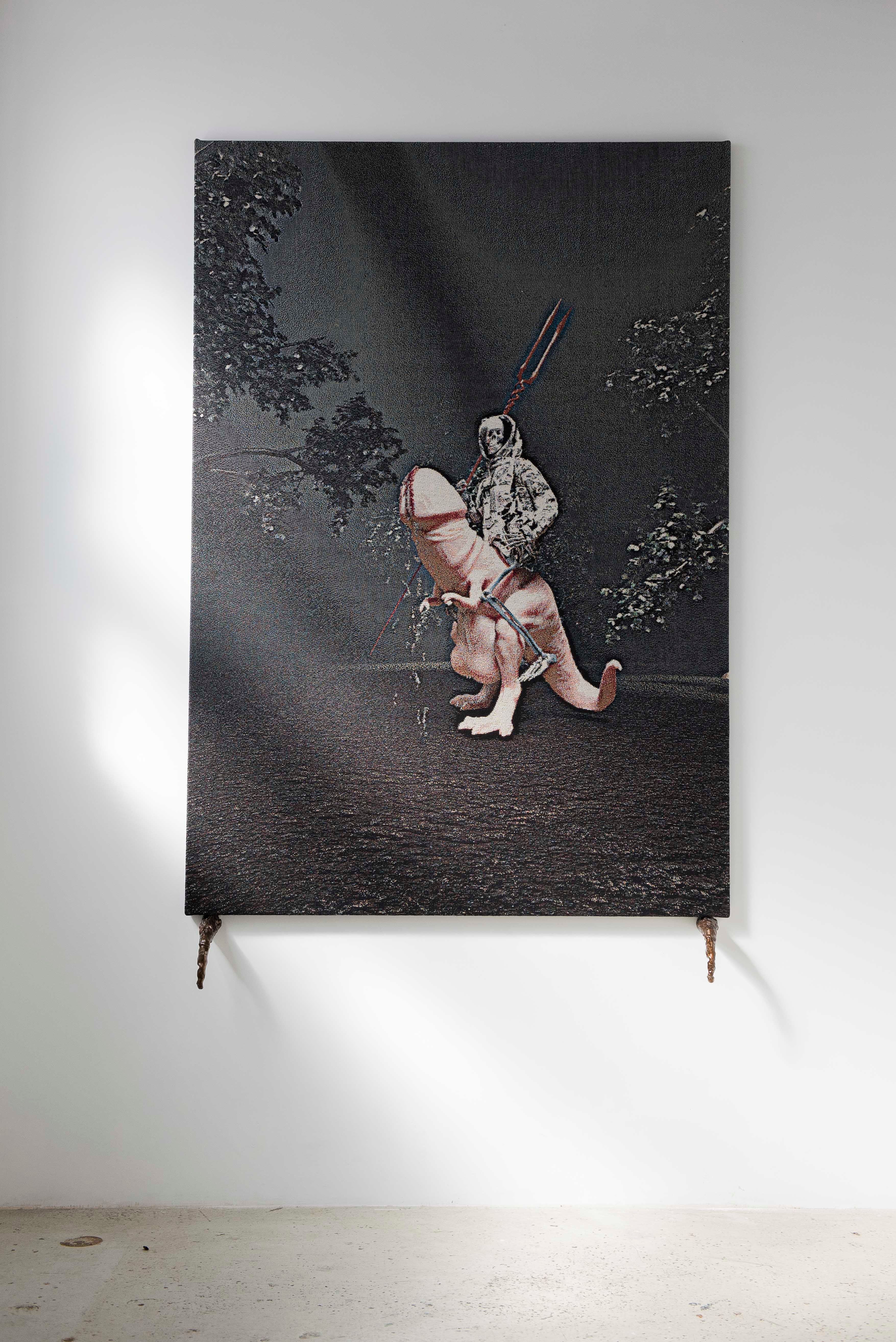 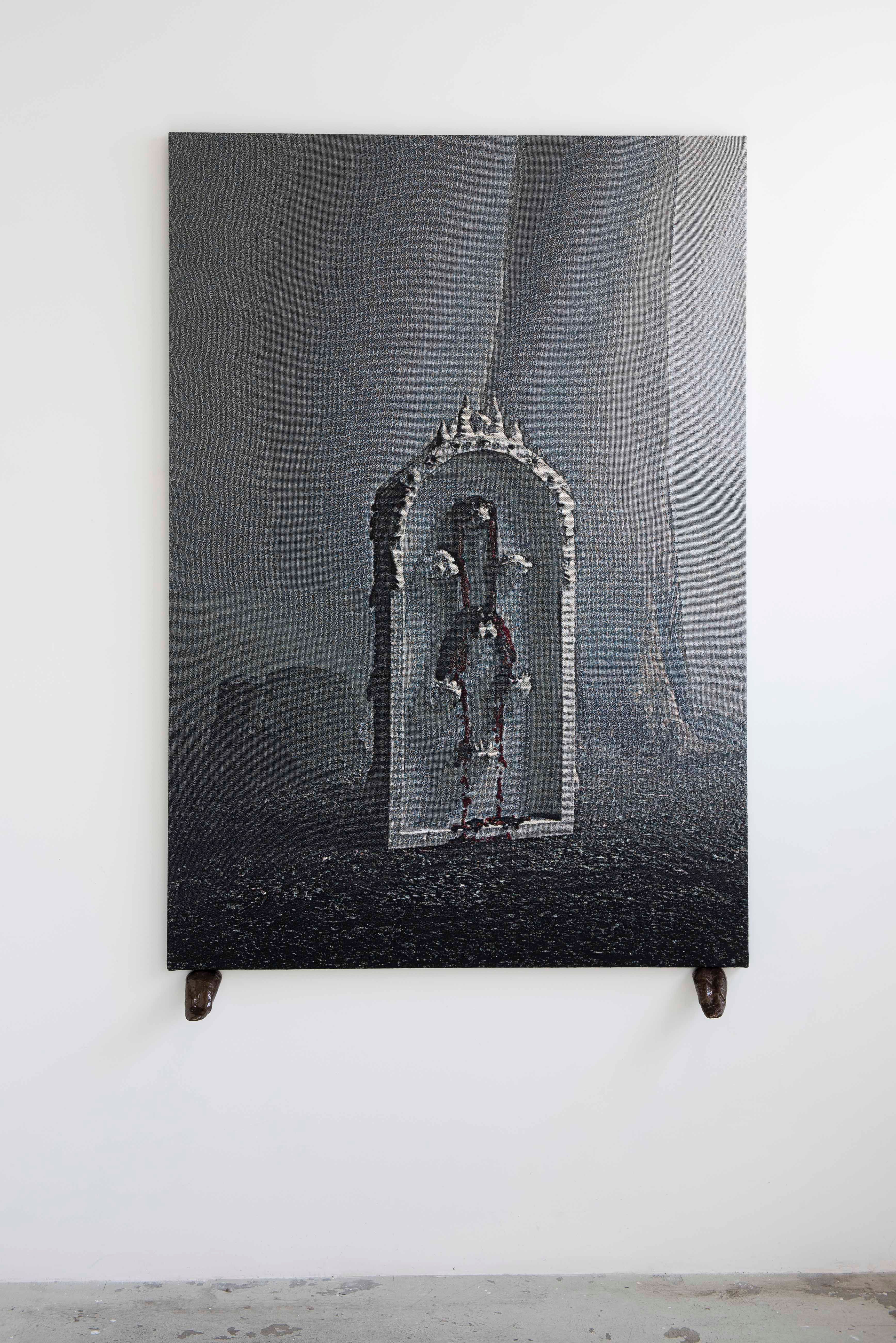 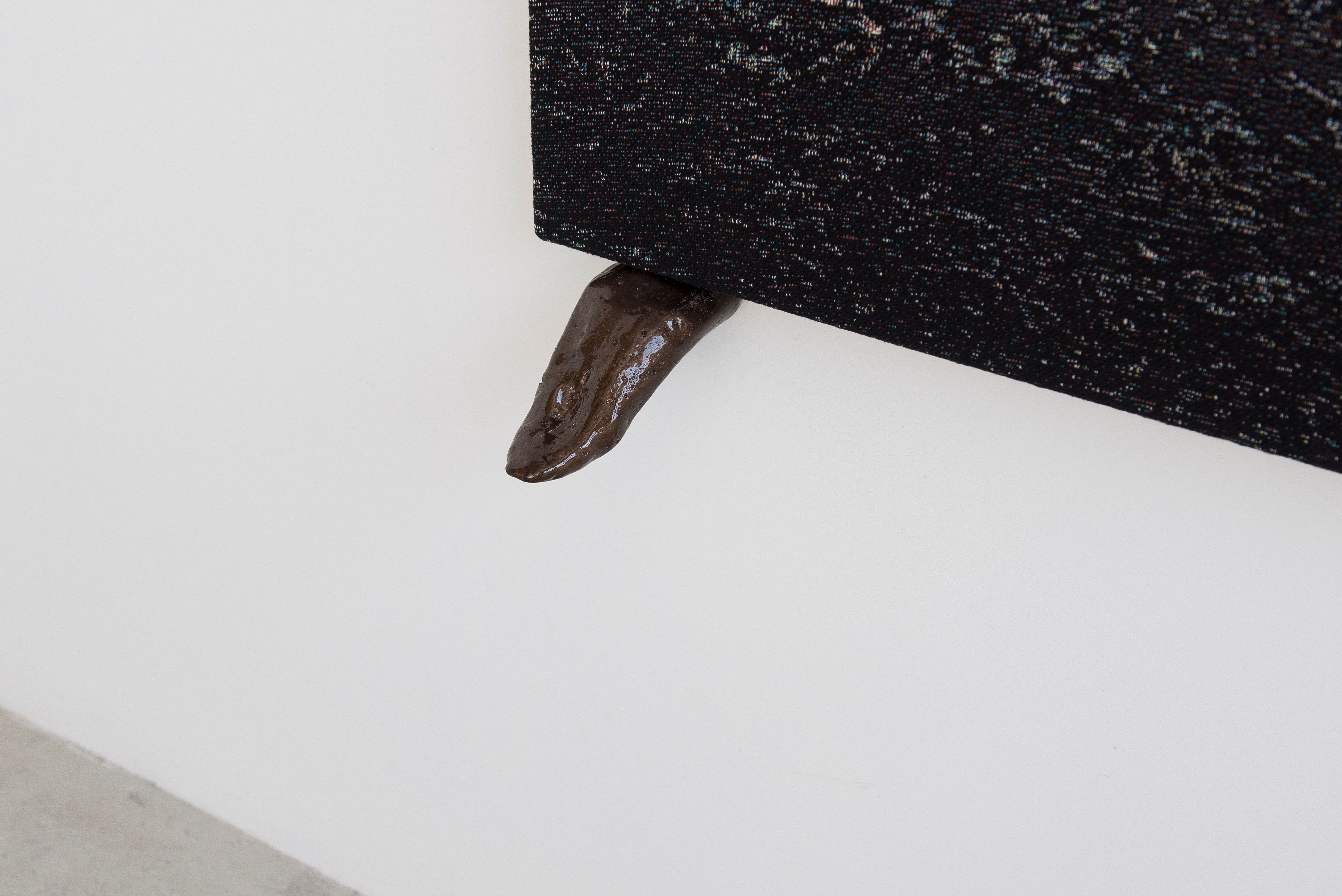 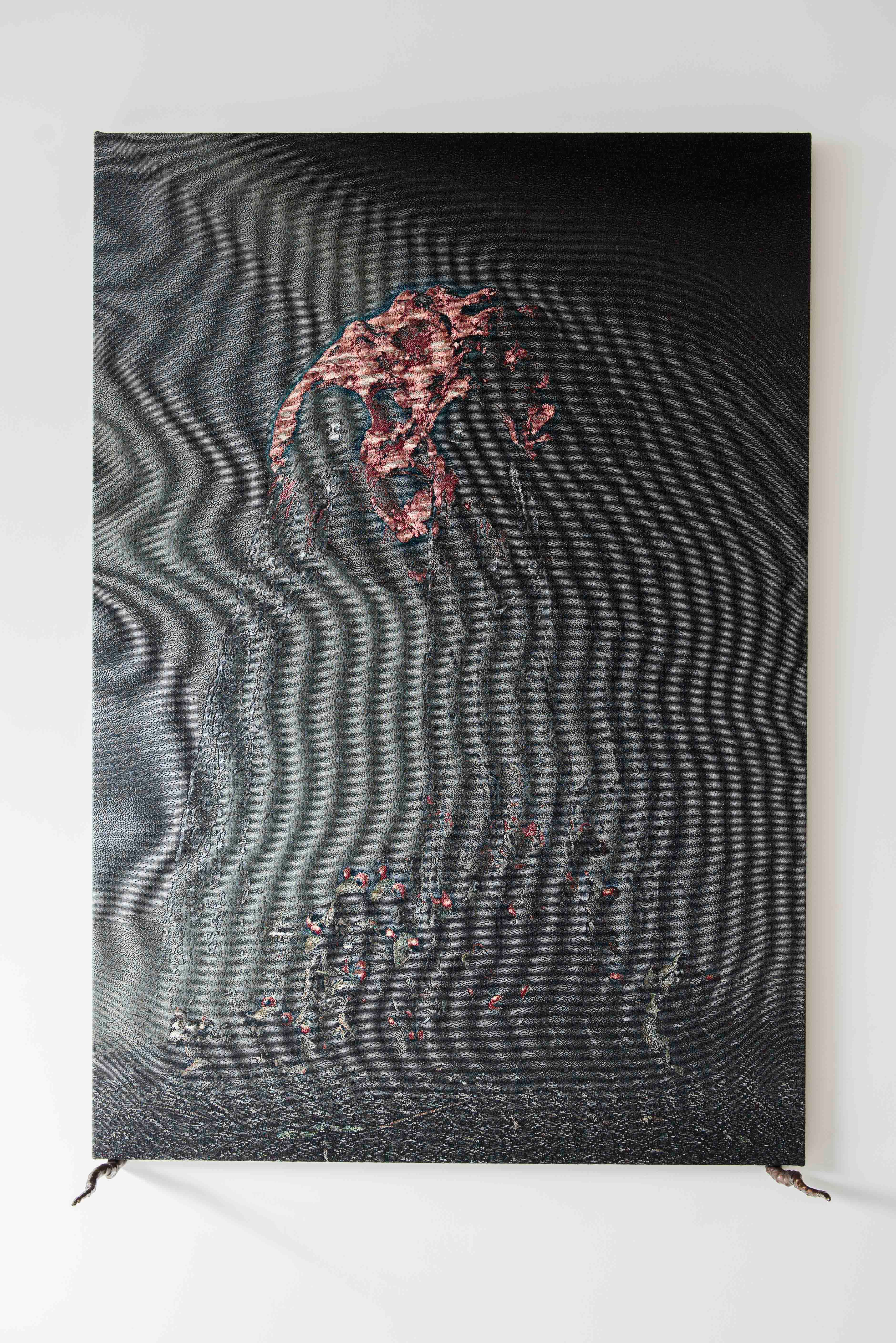 These works formed the exhibition Reject Modernity, Embrace Tradition II: I Have Been In This Place Before, held at TCB Gallery in Melbourne/Naarm, Australia. The works draw on the libidinal energy of the internet and the memetic erotics of its images and folklore. Incels, Infowars and biblical allegories come together in this apocalyptic convergence of the computational logic of image production, dispersion and desire.

The works are a series of jacquard woven tapestries of 3D modelled scenes. They take their compositions from sections of the Apocalypse Tapestry, commissioned by Louis I in the 14th Century. The computerised, jacquard looms serve as a technological bridge between the wealthy ‘roleplay’ of Renaissance nobility in producing tapestries of biblical allegories and the contemporary computational logic of image production and identification, what I like to think of as the production of networked mythologies.

In The Expulsion of Manna, a skeletal depiction of Death rides a dribbling cock-monster taken from a 3D print repository for sex toys. Death is garbed in an Ahegao Hoodie, the unofficial uniform of the NEET Incel (or those who might cosplay as one) and wields the biblical spear of Longinus, who pierced Christ as he was crucified, as it appears in the anime Neon Genesis Evangelion. The work rests on faux-bronze fingers, 3D printed from files found on a repository for 3D printable sex-toys.

The lone fountain of Corporeal Defiance is composited from various “demon” parts sourced from 3D repositories and ZBrush modelling tools. The dark, foreboding background is pieced together from 3D scans of European forests. The fountain references the Fountain of Life of Christian iconography and its connection to baptism and the eucharist. Instead of offering eternal salvation and connection to the divine, this fountain recycles this “holy blood” over and over again in a Freudian, orally fixated cycle. The fluid has been simulated in a 3D animation software so the demonic mouths spit into each other, forming a cycle of emission and ingestion. The work draws from the proliferation of memes about spitting in mouths and cock and ball torture and the sense that this is now a mundane way of interfacing with other bodies, but the libidinal potential of the action was either exhausted or enacted in its memeing. Any transgressive, sexual or ritual power of these acts are nullified in their dispersion.

In Sfortunati Sfortunato, the floating orb of mouths, also releasing torrents of saliva, is drawn from Alex Jones, and his infamous “Gay Frogs” rant. The complex interplay of Jones’ hyper-masculine conservatism, the meme magic of Ur-frog Pepe, and the apocalyptic potential of repressed desire play out in this scene. The “frogs” in an orgiastic pile at the bottom of the image smother each other in an “unspectacular” Boschian hellscape. The conflation of these fringe and regressive political and social views, and Medieval image production, positions the kind of roleplay enacted by online subcultures as an apocalyptic sublimation of desire.