24/7 free to air news channels are akin to a raw sewage pipe of propaganda. A lot of these news channels have huge reach, huge funding, and insane levels of content output. A new right-wing 24/7 news channel will come to the UK this year, with sixty million pounds of funding, hiring 140 journalists. The time is ripe to survey the market they will enter, who their competitors will be, and what ideas they will be competing against in the attention economy.

Come traveller, let us set sail on a voyage down these meandering channels of shit.

On this boat we have a copy of Manufacturing Consent by Edward S.Herman & Noam Chomsky. (See footnotes.) Hopefully by the end of our outings readers will have had a full refresher on the main points and how they can be observed in today’s media landscape. For the purposes of these particular voyages we’re focusing on news channels that broadcast twenty four hours a day in English and are available on YouTube. The cost of access to these channels is practically zero* and are available to any of the 4.6 billion digital citizens online as of January 2021. As Stewart Brand, the creator of the whole earth catalog said: “Information wants to be free." (See footnotes.) When it comes to news media in 2021, it is as close to free as possible.

All aboard sailors? Good. This is going to be a bumpy ride at times, so please remember to always move slowly, wear your lifejacket and hold onto something. We are going to take off here from Foilhommerum Bay on Valentia Island, County Kerry, Ireland. This is the site of the first ever commercially viable transatlantic telegraph cable that transferred messages between here and Newfoundland. The cables are still deep below us, once essential infrastructure, now deemed defunct. As we sail southwards, to the west of France and Spain, we will float high above multiple transatlantic telecommunications cables in the depths below. Some of these also lie dormant and redundant, like the PTAT-1: the first privately financed fibre optic communications cable. Other cables are very much active and alive, such as the Dunant Cable, 6,600 kilometres of fully privatized cable deployed by Google in 2020 which transmits data at 250 terabytes a second.

After we pass through British customs at the rock of Gibraltar, it’s getting dark. In the night sky we can clearly observe satellites above our heads. Some satellites are in active orbits while others reside in what are known as graveyard orbits. These satellites have reached the end of their usable life, and it takes much less energy to place them into an orbit like this, rather than crash them into earth. One such satellite is Astra 1-A, which previously served the majority of Western Europe with analogue satellite television, but now sits in a geosynchronous orbit above South America. 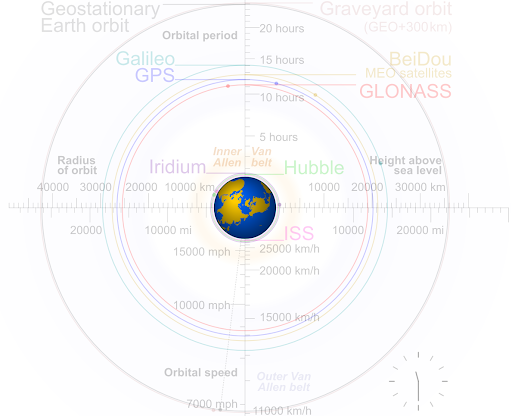 Morning is breaking as we pass the Balearic Islands heading for the mouth of the Rhône river. Flick on the TV there and let’s have a look at our first channel for discussion: Euronews. 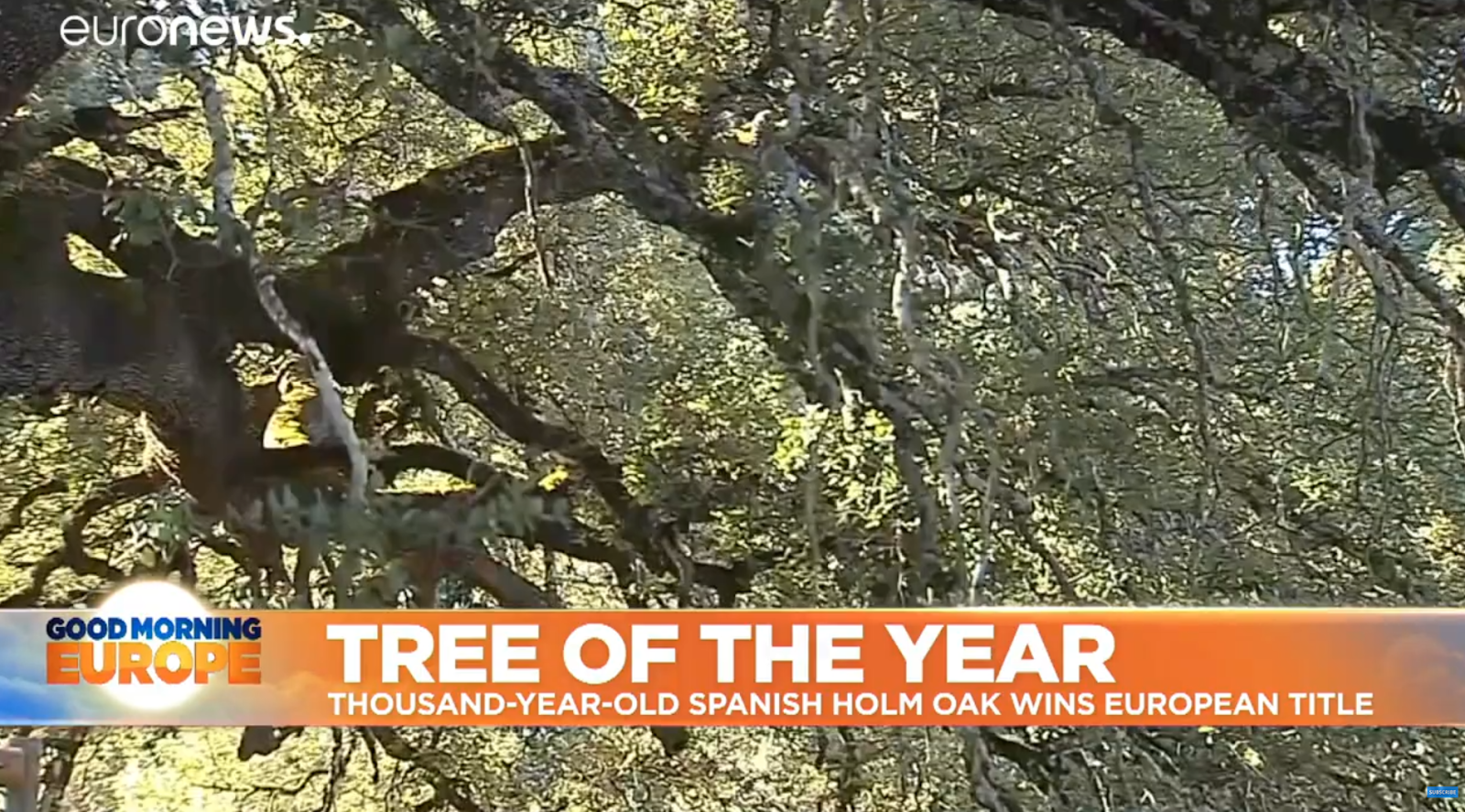 Wait, hold on. Before we even look at the content let’s pick up this book we have on board.

The propaganda model laid out by Herman & Chomsky details five “filters” by which “..money and power are able to filter out the news fit to print, marginalize dissent, and allow the government and dominant private interests to get their messages across to the public”. For now let’s just deal with the first filter : Size, Ownership, and profit orientation of the mass media. A classic Chomsky manoeuvre there, one filter with three parts.

The first one, size, can be summed up fairly simply - to start a media venture with substantial outreach, be it a tv news station, a newspaper or radio station - these things call for huge investment. This limits the candidates who can in turn own these media ventures. The so called “top tier” media outlets are often owned by a handful of very large, fully market-integrated and profit seeking entities. The bottom line is the bottom line - profit or die.

Euronews was initially kicked off in the wake of the Gulf war after CNN gave the public a taste of real time live facts on the ground during Operation Desert Storm.

It was founded by the European Broadcast Union (best known for producing Eurovision) which is an alliance between an array of national European broadcasters. It was subsequently part owned or controlled by ITN (UK media company), TRT (Turkish public broadcaster) and NBC (American Media Company). Anyway, none of that matters now, because it is currently majority owned (88%) by an Egyptian billionaire. Naguib Sawiris is worth around $3billion, hails from the wealthiest family in Egypt and is a member of the Coptic Christian minority. The conglomerate he heads is Egypt’s largest private sector employer. Perhaps more interestingly, in the wake of the 2011 uprisings in Egypt against Mubarak, Naguib was involved in founding a liberal party there called “The Free Egyptians” , which seemed to have some force behind it initially, winning fourteen seats in the first post revolutionary election. The party supported the ousting of President Morsi in 2013, deeming the events a revolution rather than a coup. A large rift formed in the party in 2016 over a convoluted conflict about internal party procedures. The party split into two factions with our man Naguib heading up one of the groups. An as yet unresolved lawsuit between the two factions lingers in the air over Cairo, which may linger a while yet, given that Egypt has basically gone back to being an authoritarian military regime and the party is described as “inactive”. As the man himself said in an interview to Enigma Magazine: “My ambition was always to see my country like Hong Kong, like Singapore; as one of the biggest economic powers, within a capitalist model...We believe in capitalism and the economy but we have a heart for social justice.”

Alright, get off your smartphones and grab a lifejacket we need to gaze into this beast. 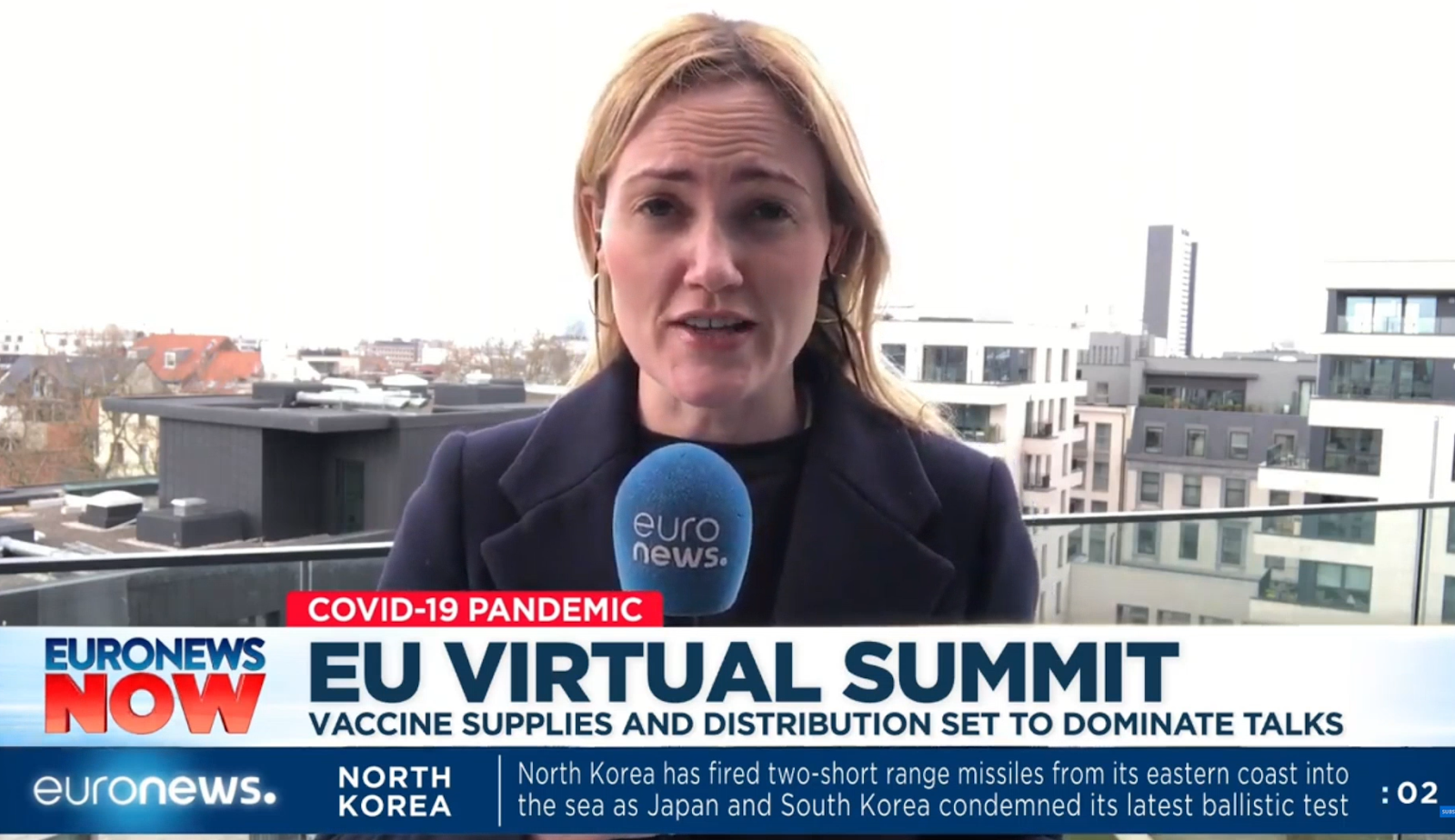 This screengrab gives you a good idea of the euronews aesthetics. It is almost as if you bought a ready made “generic news channel kit” from Ebay and assembled it at home. Everything straightforward, block capitals, authoritative. As can be seen, there is actually quite a lot of text based info on the screen. This demonstrates what euronews, and I guess probably a lot of similar channels function as : Video wallpaper. You don’t even need to be able to hear it, just to be able to see it. They in fact run a regular short piece of content called “No Comment” which is just footage of something (usually visually impressive) with, you guessed it, no comment. Like a little moment of reflection in a sea of unending facts. One time it was police crushing illegal weapons in Spain, another time it was frosty Japanese forests. 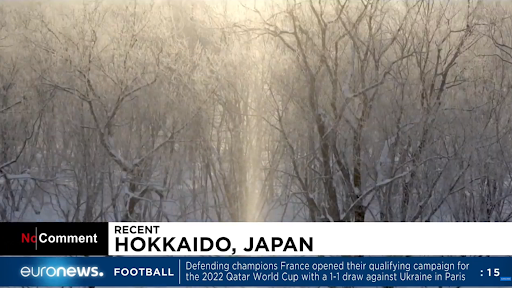 Anything pertaining to EU matters tends to come from a correspondent in Brussels, the center of European governance. It is worth mentioning that currently the EU gives Euronews a €25 million subsidy each year, and often it does feel very much like the media wing of the EU. During the week of the 22nd of March 2021 for example, they were running an exclusive night-time interview with Antony Blinken, the new U.S. secretary of state, as he was on a diplomatic mission to Europe. Okay, we are pulling into Lyon now. If you look out the starboard side you can see that the building itself is not too unlike a lego block you ordered from wish : 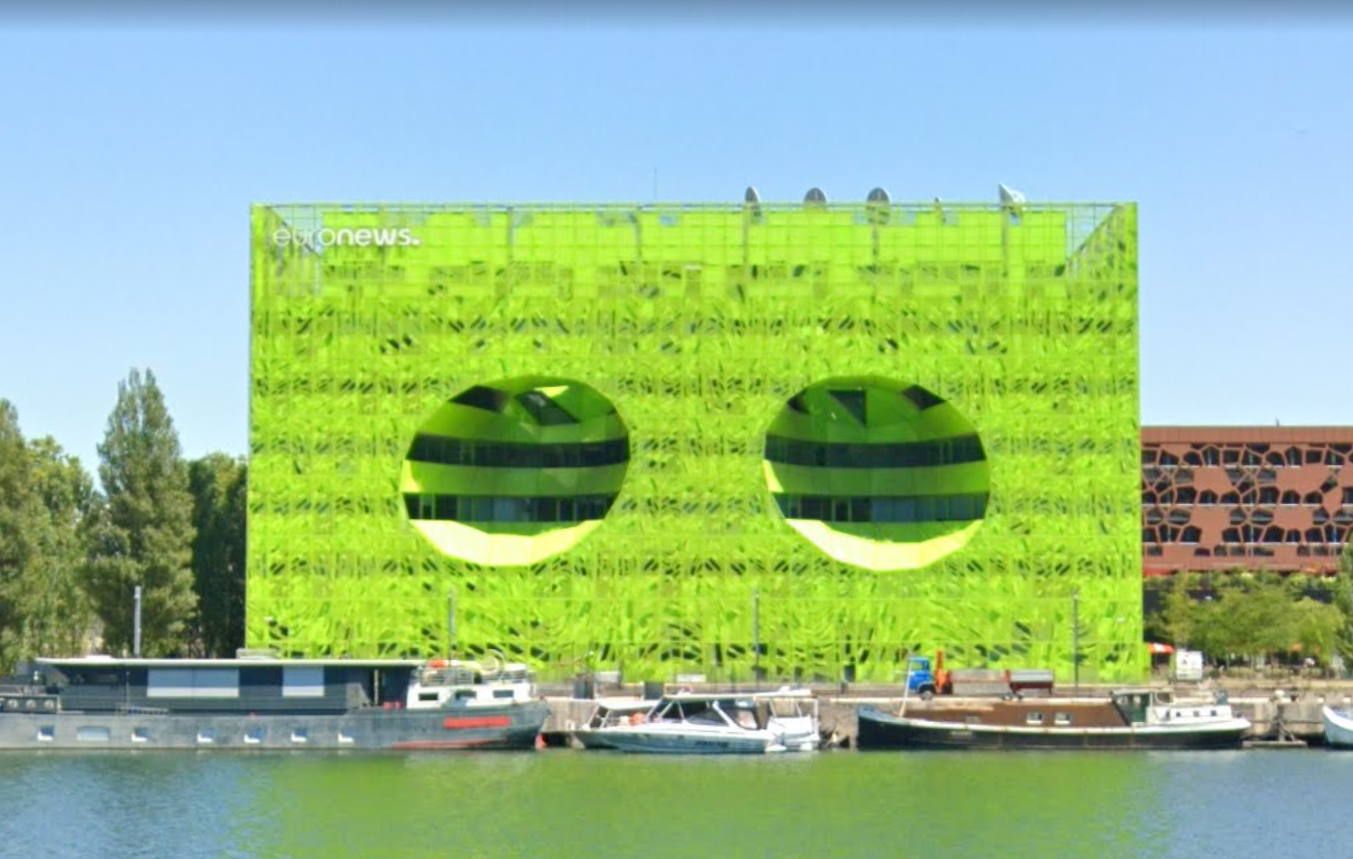 Staff at euronews recently walked out of the building, not in protest at the absolute state of it (although presumably this was a factor), but rather at the prospect of 30 journalists being axed - the reason for this being given as massive losses in ad revenue, particularly from the tourism sector. In two presumably unrelated pieces of (pan-Euro)news, it also emerged that the EU is considering substantially reducing the hefty subsidy it gives euronews each year, and that Naguib had to loan the company €8.5 million last year to keep it afloat. God bless his heart of social justice, he only asked for 8% interest on the loan and sent the staff a “comfort letter” that he would ensure business continuity for another year. Thanks Naguib!

Ok check out this bit, this is a regular section during the day called “The Cube” where the camera pans over to a corner of the studio where a much younger host is standing with a tablet in their hand and a large screen behind them. 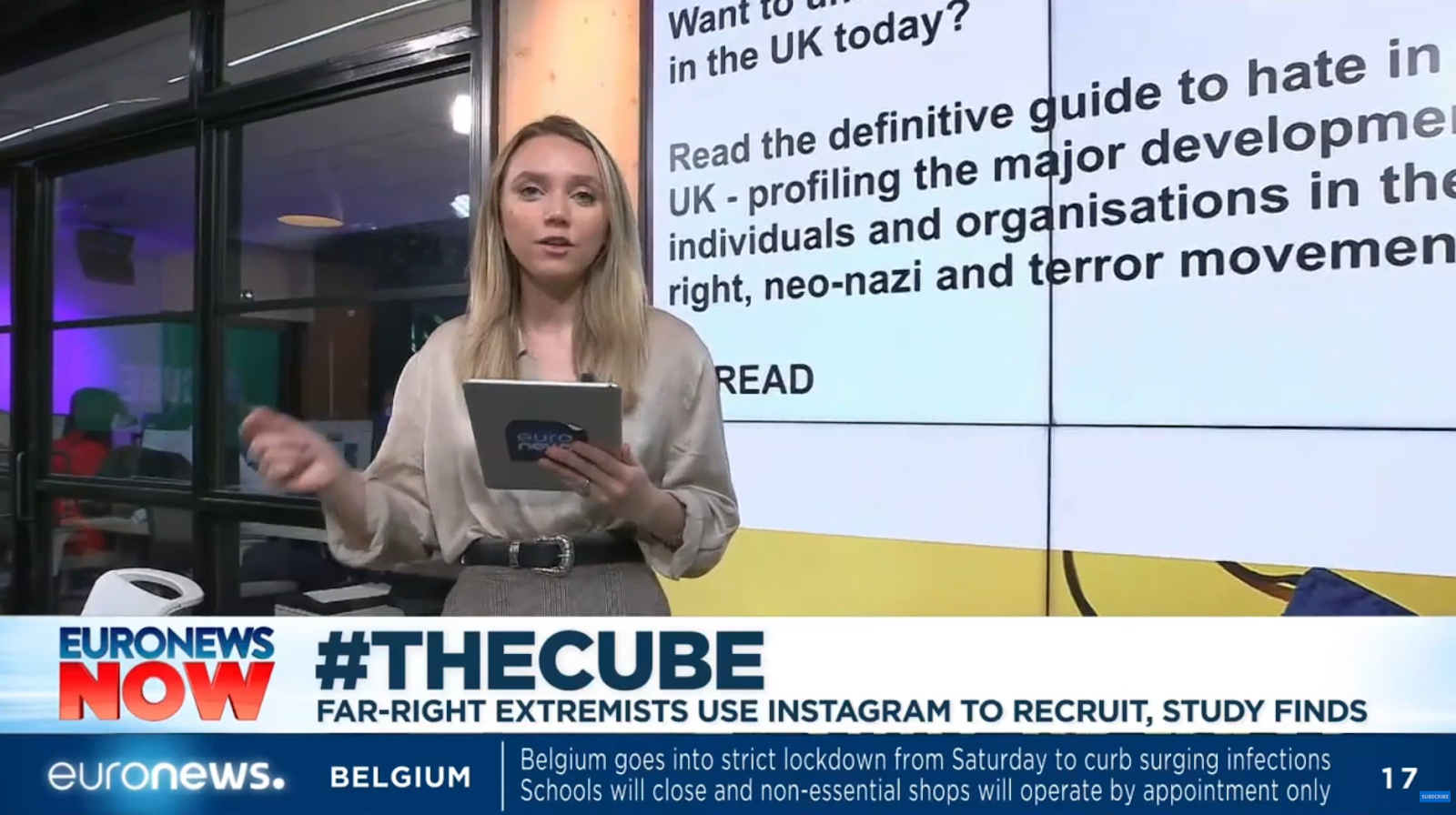 Here is where issues pertaining to “online life” get reported on. This particular piece was referencing a study saying that the far right can recruit on instagram because things like group chats etc are not policed or moderated. It feels like in a way that they have consciously crafted this visual feature to single out the internet and literally box it off into a separate section of the studio where an intern recycles twitter comments. This gives me, the viewer, the impression that somehow these things should not be taken seriously, and they exist in an entirely separate space, totally marked off from the big serious events discussed by the professional host, sitting down at the big desk, with the rows of monitors and fellow news gatherers behind her. 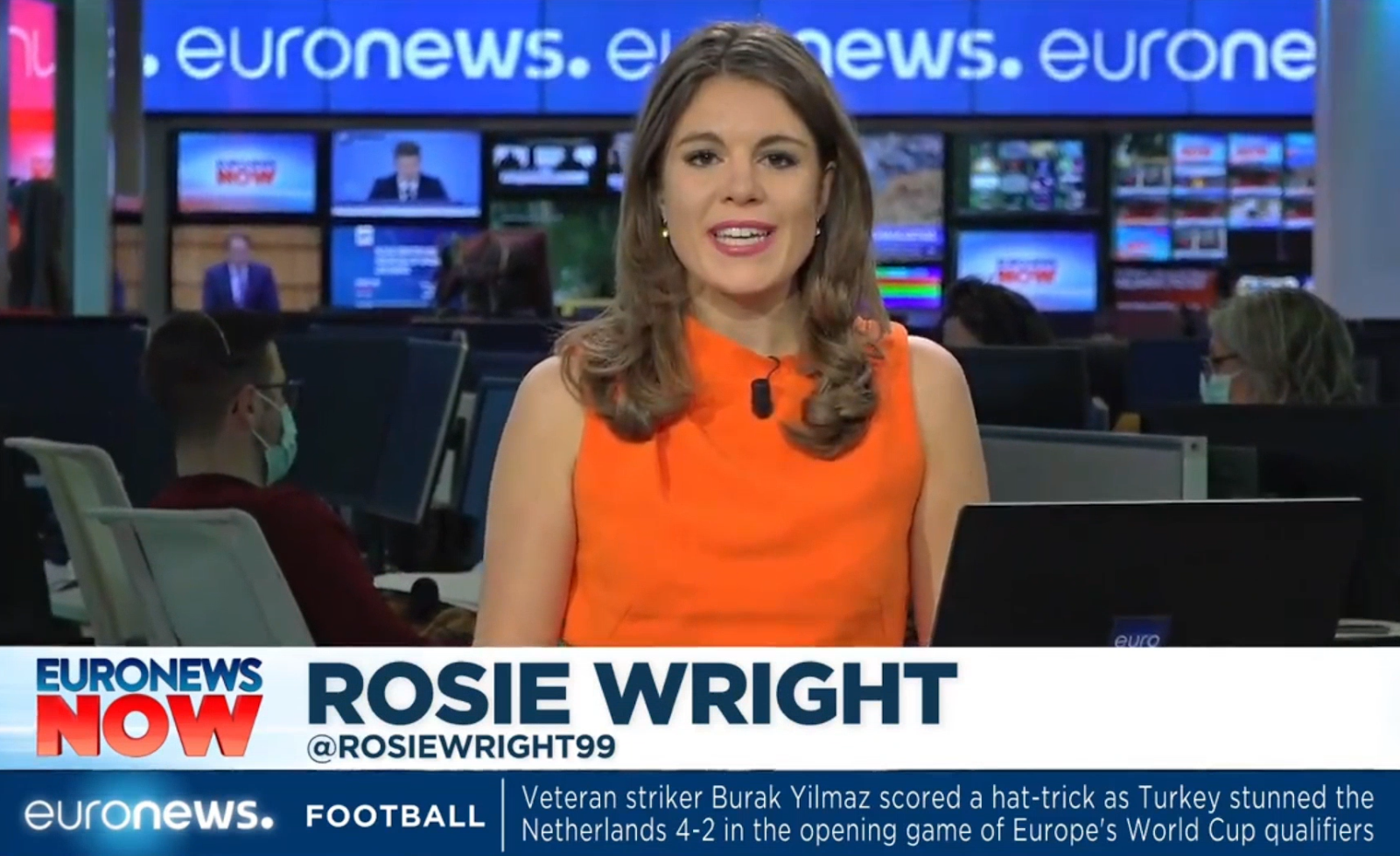 To watch euronews is the grimmest of experiences. It is witnessing the real time decline of old media in front of your eyes. The same few news stories are recycled on the hour every hour. Little to nothing in the way of insightful critique or commentary. I thought I would at least enjoy the ads. There are basically ZERO ads. The only real “ad” that runs currently is one for investing in Angola. 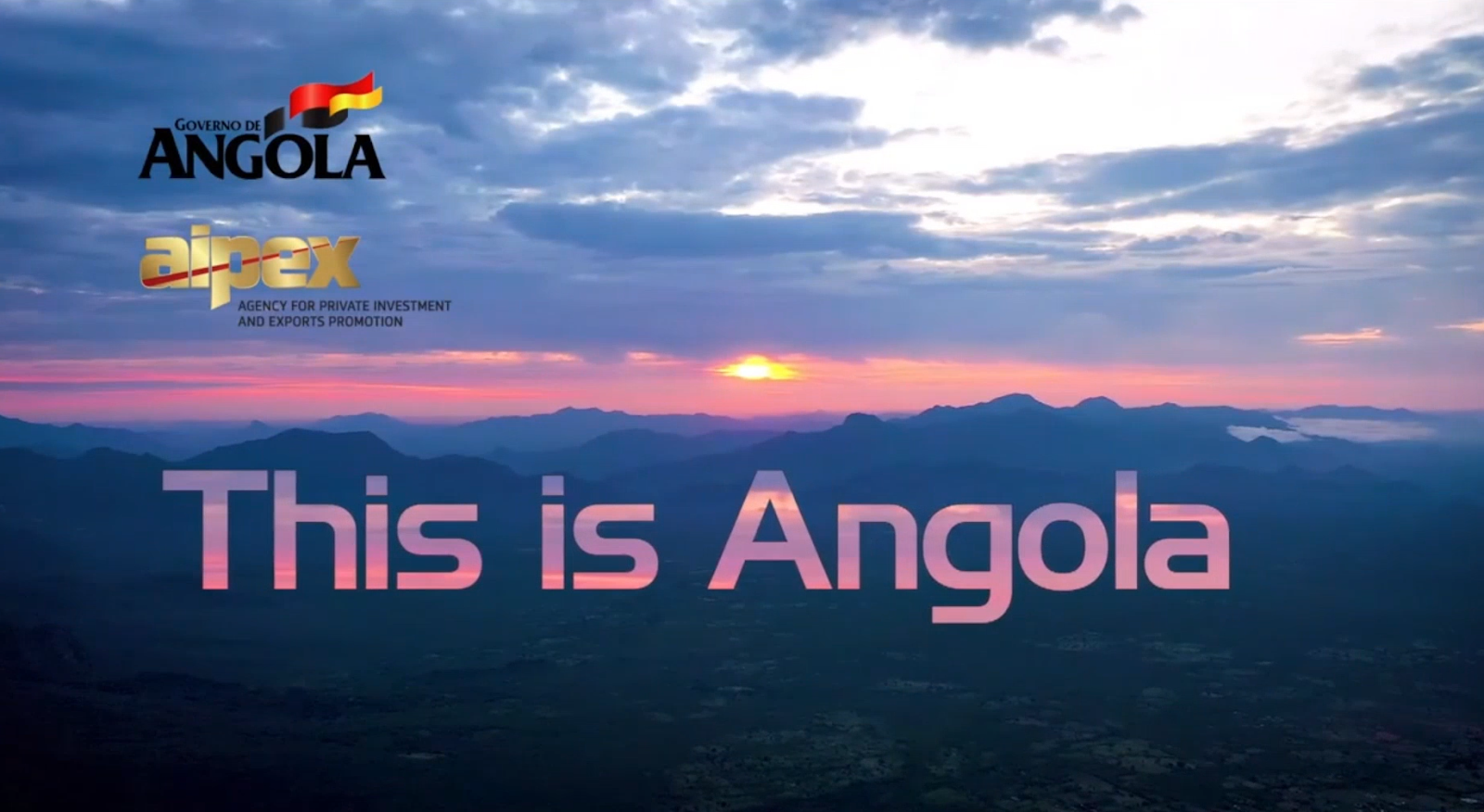 The tagline might as well have been “Hey how about Angola?”. The only feature piece/thinly-veiled-investment-opportunity I saw while running my eyes over it for four weeks was about a four wheel drive enthusiast club...in Angola. Goddamn, what is it about Angola ? Maybe it won’t surprise you to find out that Naguib is heavily invested in a company called “Angorascom” who will provide telecommunications services in Angola, in a partnership with the state backed operator Angola Telecom. Naguib was also involved with a company called Kyrolink, who ran the DPRK’s first 3G network. Things turned sour though, and it seems like Naguib may have gotten badly bitten on his trip to the peninsula. The DPRK is a long way to sail in this boat even on a good day when the Suez canal is open for business, but next time out we will traverse the Atlantic and visit a channel of comparative size. Until then, safe travels. 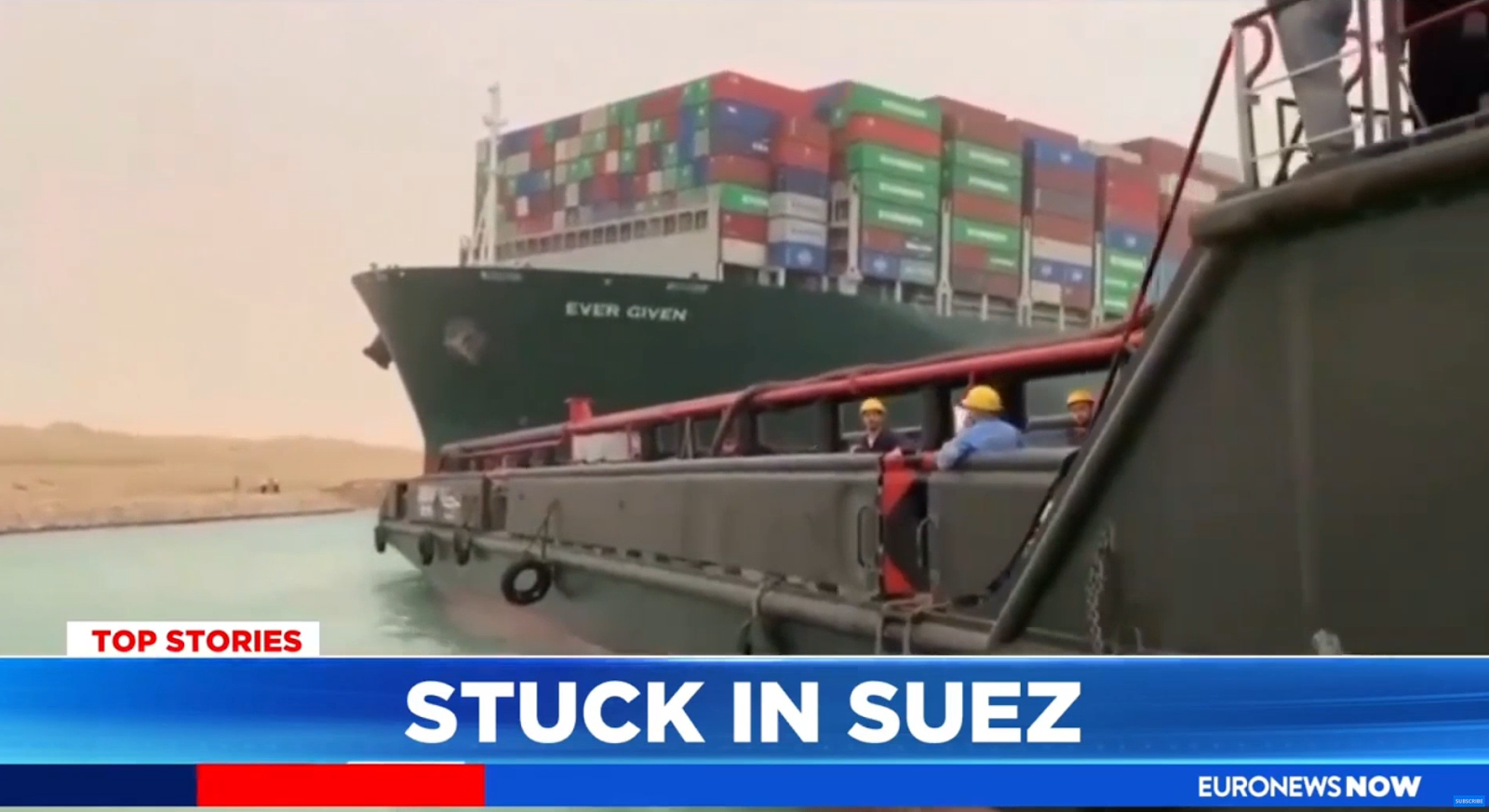 *You most certainly will have to watch advertisements at some point, and you might end up being pushed down an algorithmically generated funnel that leads to dark places, potentially leading to ideological radicalisation. Please bear this in mind if you decide to sail these waters alone, the algorithm just wants your eyes and does not care for the consequences to your primitive brain lying behind it.