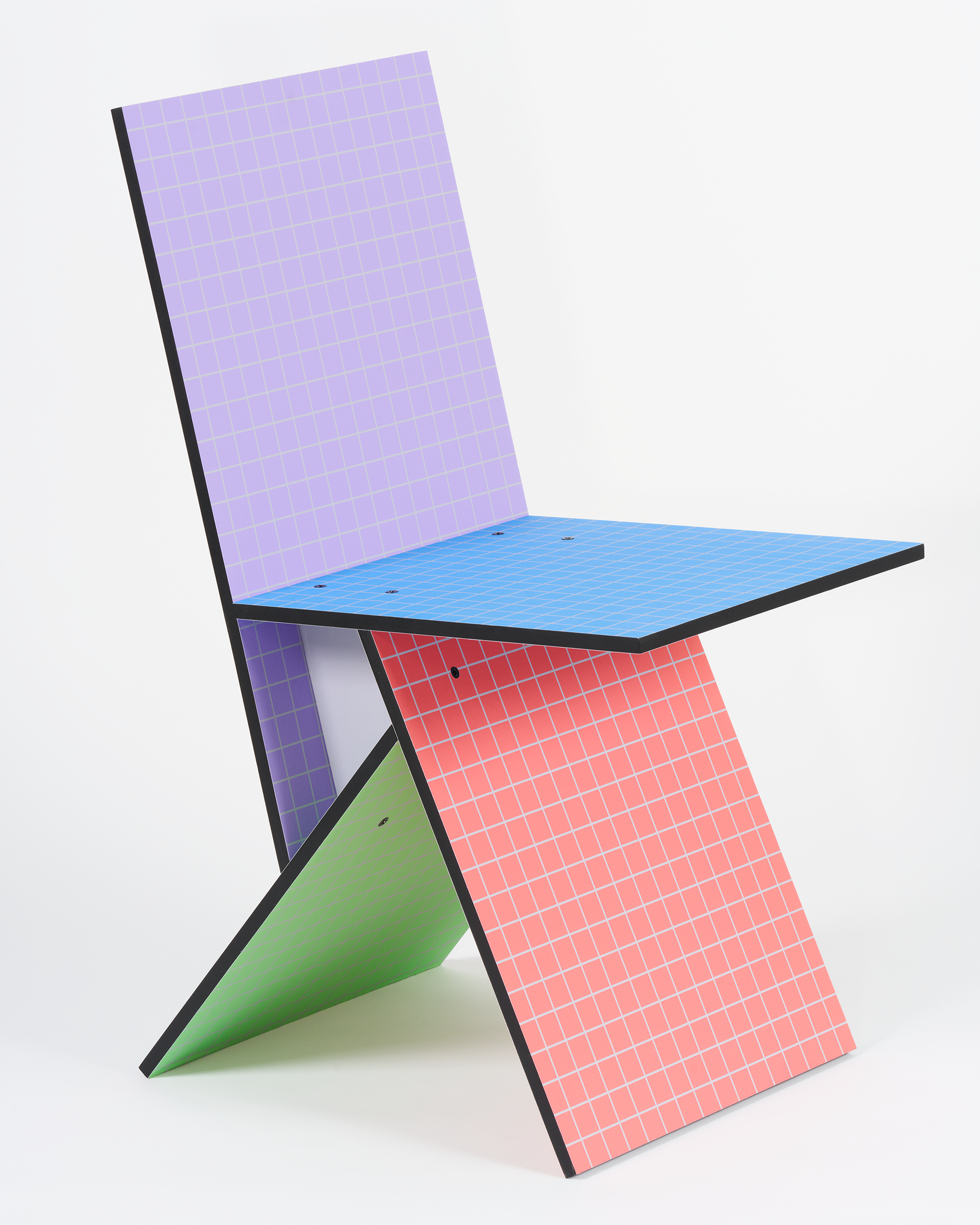 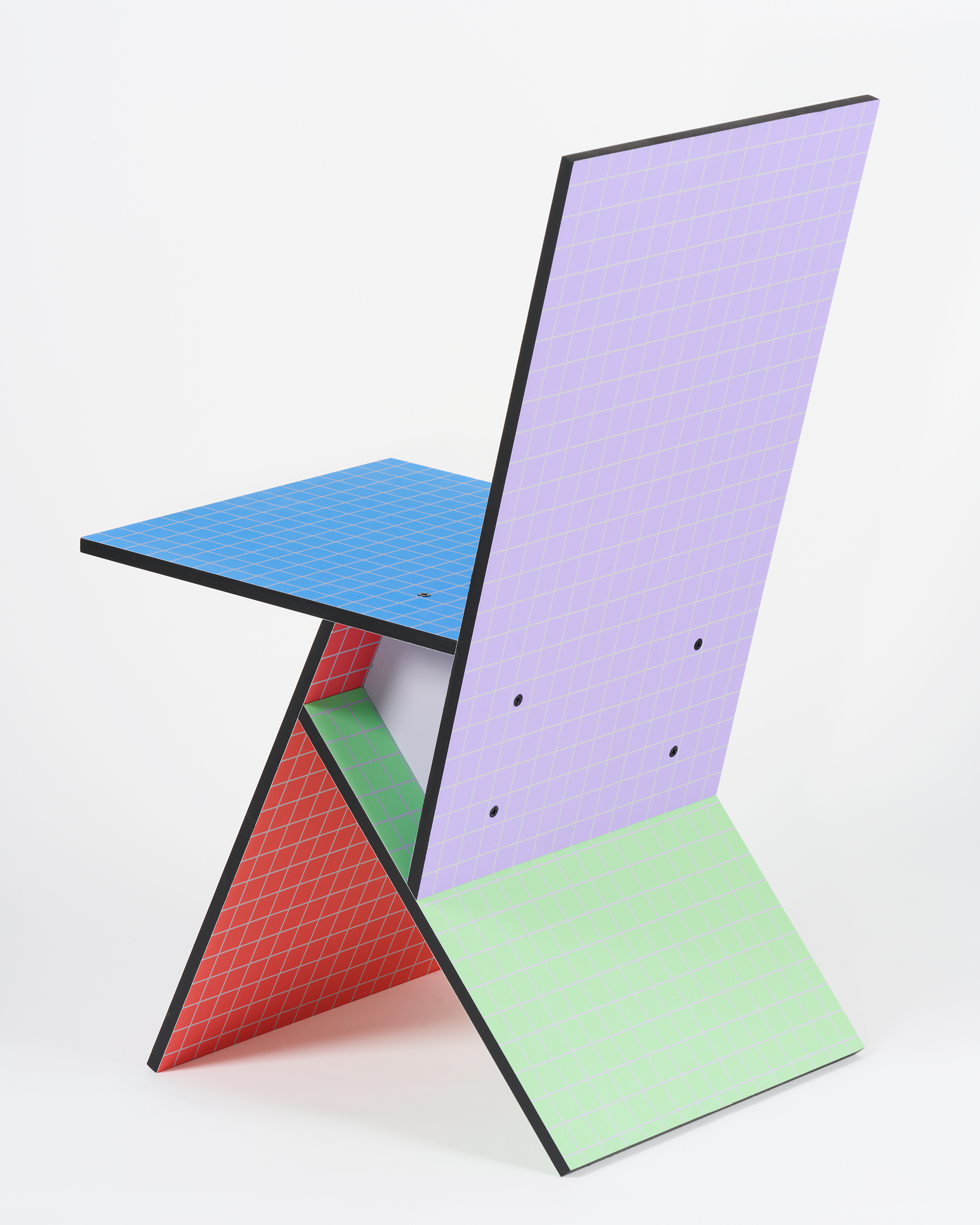 In July of 2020 I scroll past an image of a chair on my Instagram explore page, it consists of 4 rectangular planes intersecting at irregular angles in blue, purple, red, and green, held together by 2 core pieces in light gray—Verner Panton’s 1994 commission for IKEA, the Vilbert chair, what is now an icon of postmodern design. My first thought was “Wtf political compass chair??” I download mematic and rush to make a meme to post in the SSSC server. A year passes and I begin thinking about the chair again, why should it exist only in the digital realm, can it be devirtualized?

Through the 2010’s modernist or “mid century modern” design entered the trend cycle to be coopted and stripped for parts in our current pastiche economy. As the 2010’s came to a close, modernist design fell out of favor among influencers and tastemakers and postmodernism began to take its place, soon to be bastardized within Millennial Aesthetic v2.0. Much of postmodern design is involved in a sort of self aware irony, anachronism, and pastiche, an appropriate fit for the contemporary moment. 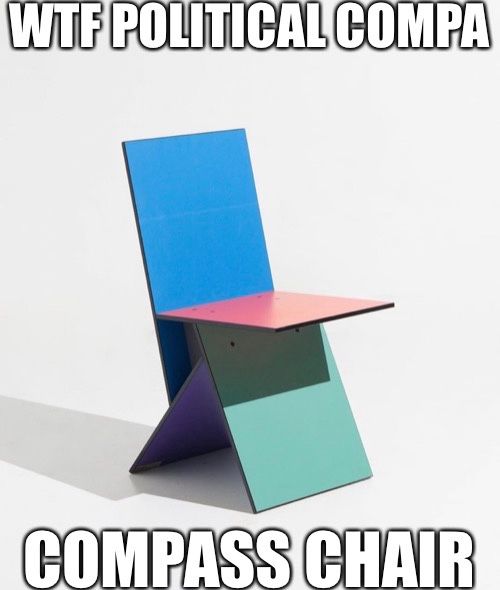 Charlie and Chase back together again?_devirtualized

One year after its release you could still purchase a frozen Travis Scott McDonald’s meal on eBay. This meal led the way for other celebrities (of decreasing notoriety) to secure their own partnerships with fast food corporations. In September of 2021 Lil Huddy, musician and then exboyfriend of Charli D'Amelio secured a limited time licensing contract to with Burger King for a “Chase Hudson” meal. Earlier in the year Charli had secured a long term licensing contract with Dunkin, for her “Charli D'Amelio Cold Foam Cold Brew”. Speculation on their relationship status continued to circulate online since their official breakup in 2020. In preparation for the release of Chase’s meal I build an acrylic vitrine, adding eBay tape in preparation for its sale on the ecommerce platform. On the day of the release I drive to Burger King, purchase Chase’s meal, return home to put it in the freezer, I then drive to Dunkin, purchase Charli’s cold brew, and return home to put it in the freezer, I then drive to purchase some dry ice, and return home to assemble the work. Reuniting them indefinitely, cryogenically preserved.

I missed the Flaming Hot Mountain Dew drop on August 31. I buy some secondhand on eBay for $20.00 + $21.65 shipping. The package arrives on October 19, shipped in a used Amazon box with no packing materials. Two of the four cans are severely dented and leaking. 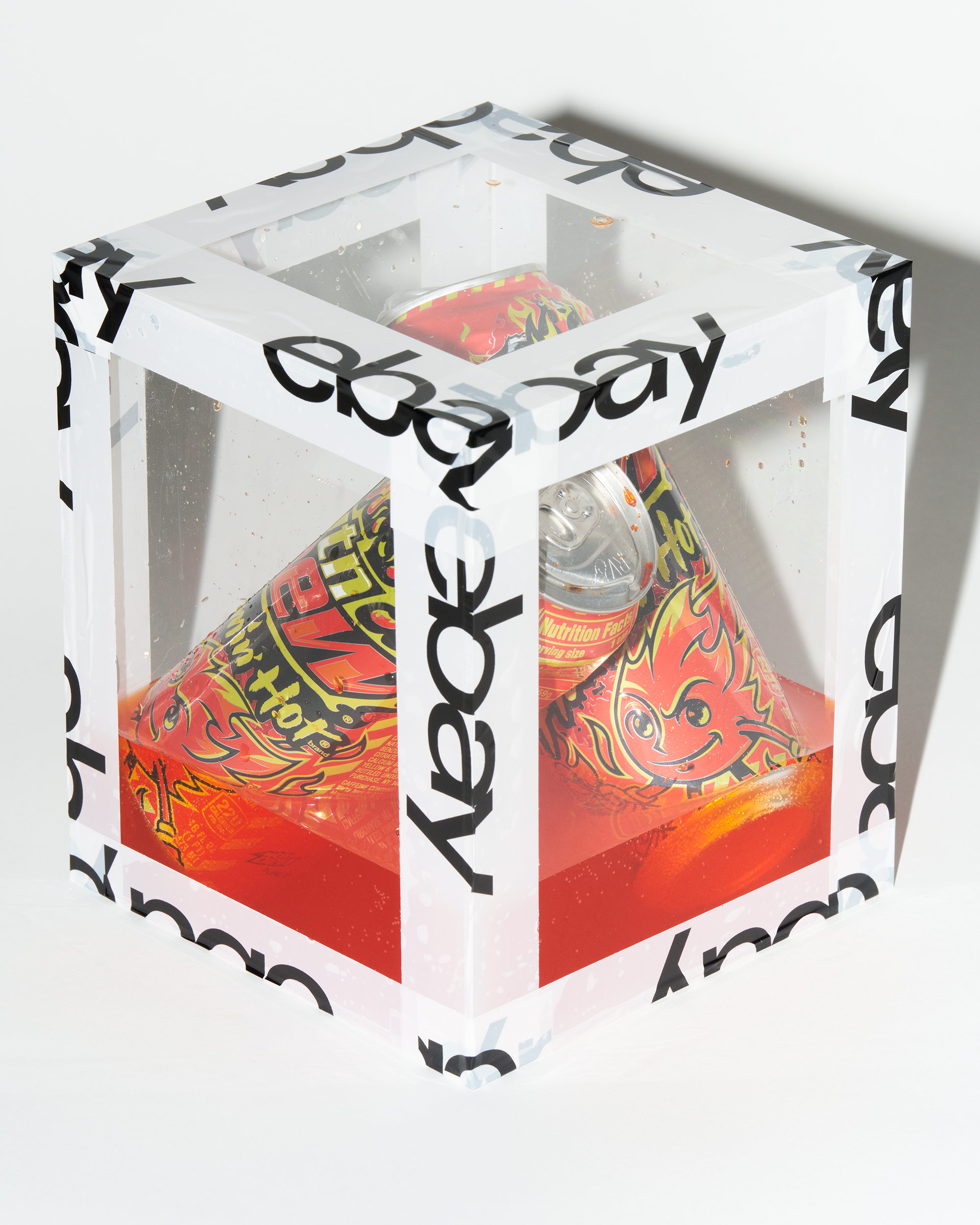