Audio is available for this blog entry.

In the lead up to the 2020 elections a strange new conspiracy gripped the world. Qanon started out as a somewhat fair assessment: Much of what goes on in our government is purposefully hidden from the public eye, and global elites who often participate in nefarious sexual acts have total control over our political landscape. The Qanon conspiracy, however, morphed and mutated into a world of complete fantasy. Satanic baby eating rituals, covid denial, microchips and much more became central to their beliefs. For those who put faith in Qanon, their view of reality quickly became completely detached from the truth. This raises the question, “What causes such a rapid and powerful shift in the worldview of so many people?”.

This, however, is not an analysis on the phenomenon of Qanon, but something somewhat similar in its ability to rapidly shift the worldview of its believers. What I will be discussing has been around much longer and draws from even grander narratives on the state of reality, the future, and our place in the world and in the cosmos. Starseeds are a branch of the spiritual community, much like Indigo Children who believe they are different from other people and were born with a divine purpose to help others along their spiritual path. starseeds believe they are special individuals with connections to alien races, who have been born on earth to bring about a new age of enlightenment and assist in the ascension of the human race into an expanded reality beyond our current understanding. While starseeds are not directly related to Qanon, by comparing the two it will help draw connections to what I believe to be the root cause of these worldviews: Alienation.

People are floundering to find a source of meaning in a chaotic world plagued by greed, inequality, political and social stratification and the daunting encroachment of a global climate catastrophe. We all experience the weight of the world, but we don't all process it in the same way. When it comes to younger generations, the institutions of religion and political organizations have failed them and led to an extreme sense of alienation and a lack of agency in their ability to change the outcome of the future. Under these pressures many can't even find meaning in their own lives, let alone set out to fix the direction of politics, society and the future at large. One way out of this alienation is the realization that you are not alone in this struggle and there are others out there who feel the same. In the case of starseeds this means that they have been chosen to participate in the most important project the in human history: that they were once an alien from another planet, and that their soul was sent here to awaken humanity to the existence of extraterrestrial species and their plans include earth in a Galactic Federation of Love and Light. This Galactic Federation is a collection of alien races who are not burdened by “low density consciousness” that lead species like humans to commit acts of war, greed and hatred. They wish to aid humanity in ascending to “higher frequencies” through a global spiritual awakening brought on by the efforts of starseeds, and their various spiritual comrades. 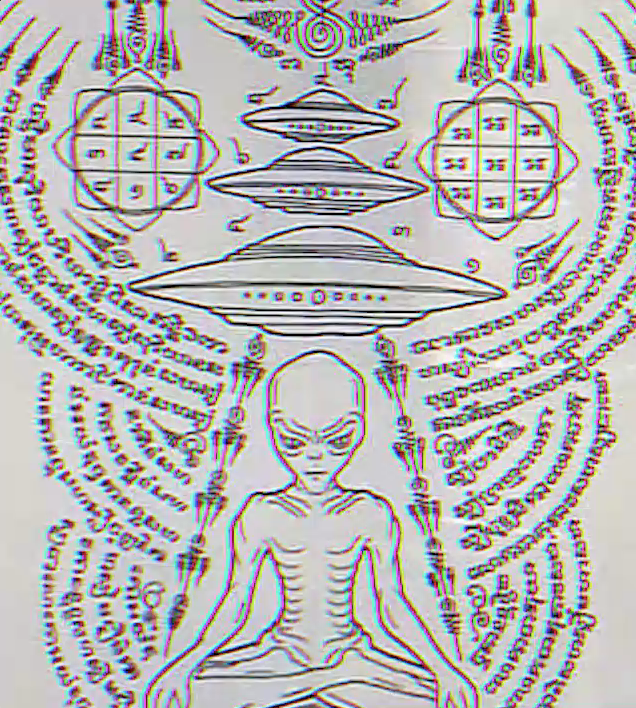 This process is known as “The Great Awakening'', where millions of people are waking up to the Matrix of modern society, seeing through the social norms that have been forced upon them to realize the true nature of reality and their place in the cosmos. This is where I start to see strong connections to the worldview of the Qanon movement. In fact “The Great Awakening'' is the same phrase used to explain how millions of patriots will wake up to the stranglehold of the globalist cabal and rise up to awaken humanity to the evil of the deep state. Many believe they have been personally chosen by Q to “do their own research” and help in this process of exposing the deep state. When left with no agency and faced with a sense of powerlessness and helplessness, people attach themselves to anything that gives them a sense of meaning and direction, especially if it allows them to directly participate. In the case of Qanon, Trump was their light, Q was their guide and they got to be a part of something bigger than themselves. In the case of starseeds, global ascension is their light, the Galactic Federation is their guide, and they get to participate in something much bigger than politics or religion.

In the age of the internet and social media these grand narratives build themselves. Again, much like Qanon, there is no centralized ideology to the starseed community and each person might have their own views or beliefs when it comes down to details. Certain themes are common, however: starseeds are special, starseeds understand or are starting to wake up to the genuine nature of reality and must assist others in doing the same, humans are all beings of light and must ascend to higher levels of consciousness, and the players guiding this process are the Galactic Federation who want earth to ascend from low dimensional consciousness and join their cosmic society of love and light. While there is a general collectivist throughline within this ideology, the fusion of the internet and spirituality has created a messy, individualistic and self directed set of beliefs that is tightly entwined with the machinations of the internet. The absence of a centralized ideology leaves room for infighting, and encourages the formation of echo chambers. The mission of global enlightenment gets lost for ascension of the individual and the formation of positive feedback loops where experiences are validated through a group of likeminded starseeds. A spiritual awakening in this setting often leads to a sense that they can never return to their “low vibrational” lifestyles. They feel they have been “deprogramed” and returning to a 9-5 job or interacting with anyone who doesn't share their “ascended” worldview becomes energy draining and something to avoid.

I would like to clarify that an individual's process of spiritual awakening is not on its own a bad thing. It can do wonders to pull back the veil of capitalist indoctrination and the practice of spirituality can bring new light into one's life where there may have been a loss of hope or meaning. However, spirituality is often very detached from the material and can easily leave one completely disconnected from reality in the process of following a spiritual path. This just ends up replacing one indoctrination with another. The Qanon movement can again be used here as an example of a similar trend of “deprograming and reprograming”. Many who subscribed to Qanon started to actively question authority for the first time in their lives. They saw for themselves how often we are lied to by those we elect into power, and how the system feeds off disinformation in the form of “fake news” in order to maintain hegemony. However, much like the starseeds, followers of Qanon have just replaced one set of truths for another. But we should not count this out as a lost cause, because clearly the sense of alienation that drives these ideologies has been a powerful force in redirecting one’s discontent with the current system into a collective movement, however misguided it may be.

Starseeds are quite close to a sense of universal class consciousness and very often understand the role capitalism plays in keeping people where they are within the social and political hierarchy. Still, there is a failure to take the next step towards organization and pursuing large scale change. Instead they focus on the individual and often have a hard time onboarding outsiders to their worldview because they have wrapped themselves in these echo chambers that rarely challenge their beliefs and only send them further down fantastical rabbit holes and bizarre conspiracy theories.

At the end of the day starseeds understand how those in power divide and conquer and they wish to overthrow this hegemony through solidarity and love for all, bringing about a global revolution that will lead to the ascension of mankind into a new unified earth, thus ensuring our place in the Galactic Federation of Love and Light. The only question is will they be able to break out of the trappings of individualism and alienation to achieve these goals?

Starseeds disdain concealing their views and aims. They openly declare that their ends can be attained only by awakening to all existing social conditions. Let the ruling classes tremble at a Great Awakening. Humanity has nothing to lose but their chains. They have a world to win.