Starterpack: Still Life imagines the belongings of a professional managerial class woman in an uncertain and terrifying future. Scarcity of resources and the sophistication of automated labor imply a small number of surviving information-class workers left to carry out Capital's last errands of world destruction. Elements of this future's ideology and culture, one clearly influenced by a commercialized spirituality, are shown through the curated collection of belongings.

The main image is printed on Crystal Clear transparency film and mounted inside a found lightbox with moving and auditory parts. The frame is cast in Rockite cement and embedded with pink marble and mid-20th century glass found at Dead Horse Bay. The still life is digitally composed of 3D models, photographs taken of sculptures made of welded steel, and images composed of found/created photographs or oil painted on canvas. The boundary between real and fake, future and past, and rich and poor in the image is always blurred. 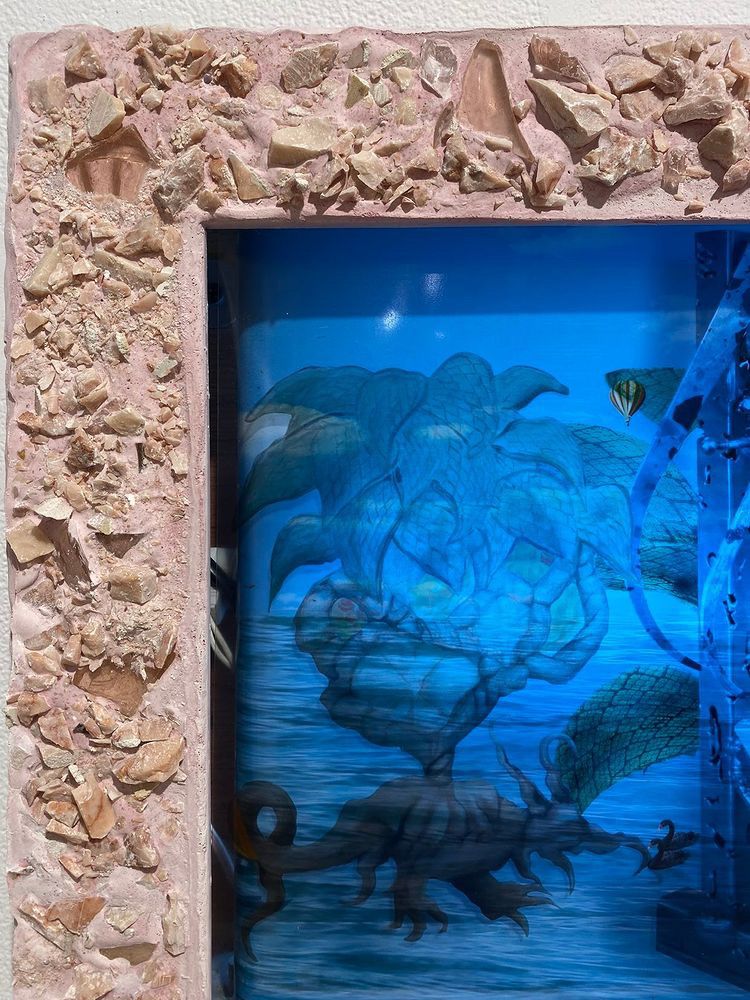 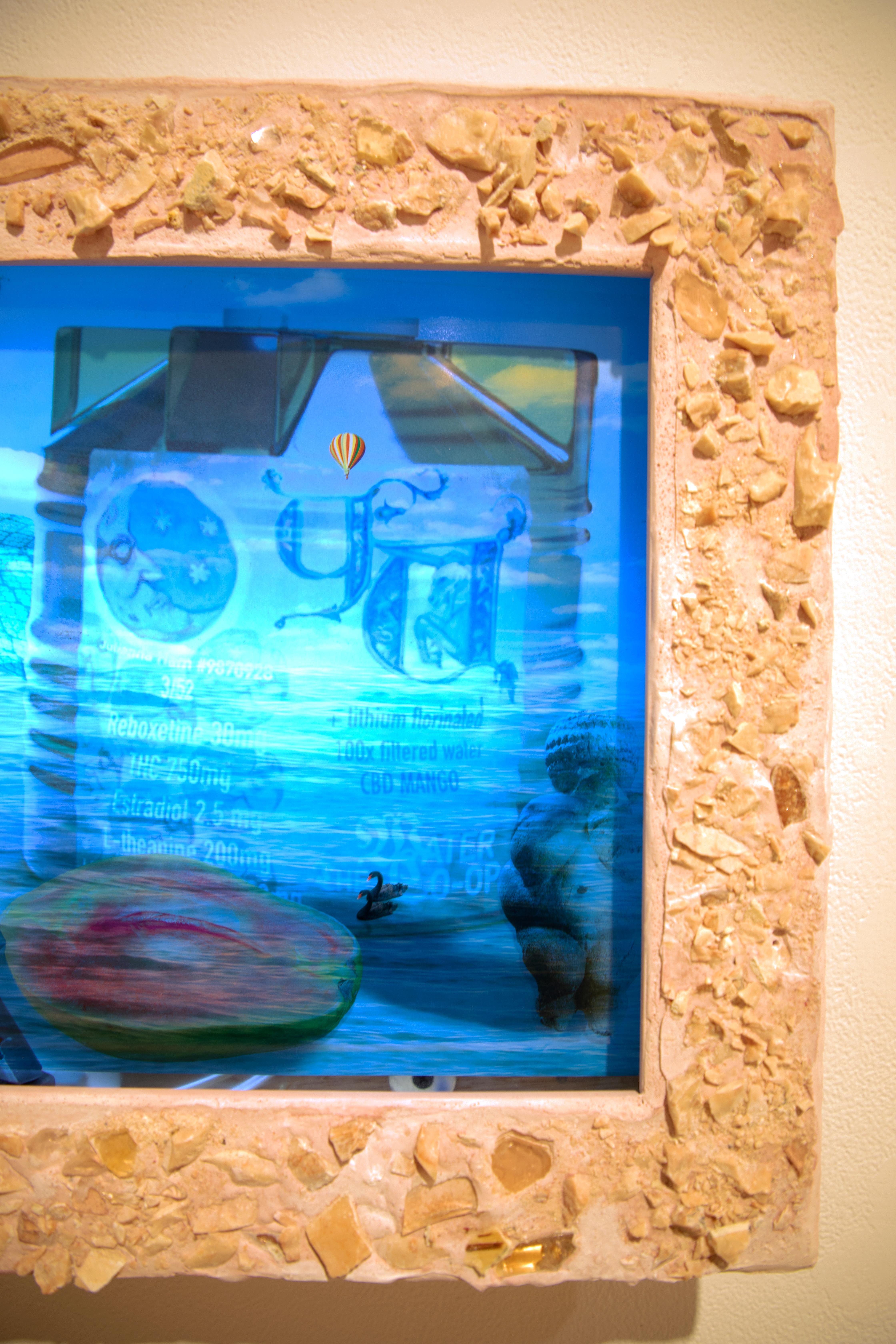