Symbology Jacket was inspired by Trevor Paglen’s Symbology project documenting secret black site insignia. Here I have collected all sixty-one of the patches based on photographs from I Could Tell You But Then You Would Have To Be Destroyed By Me: Emblems From the Pentagon’s Black World. Plus Paglen’s limited edition patch for his Orbital Reflector project and the patch from [Do Not Research]. Sixty-three patches in all sewn onto an Alpha Industries’ MA-1 bomber jacket. Constructed from mid-weight flight nylon with water resistance, the MA-1 fighter pilot bomber jacket was the first military bomber jacket to cross over into civilian fashion. This current version has been kept as close as possible to the classic military specifications. 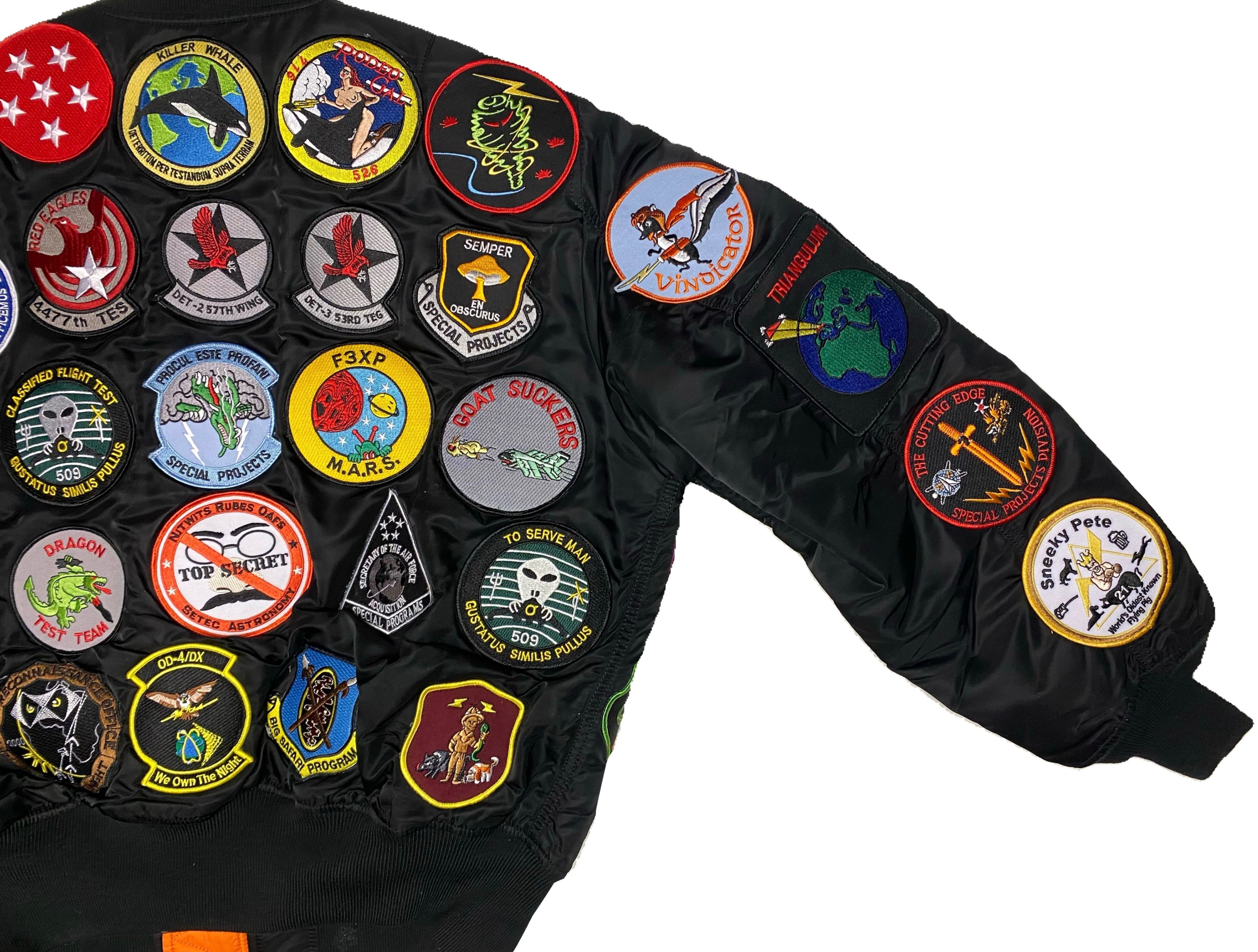 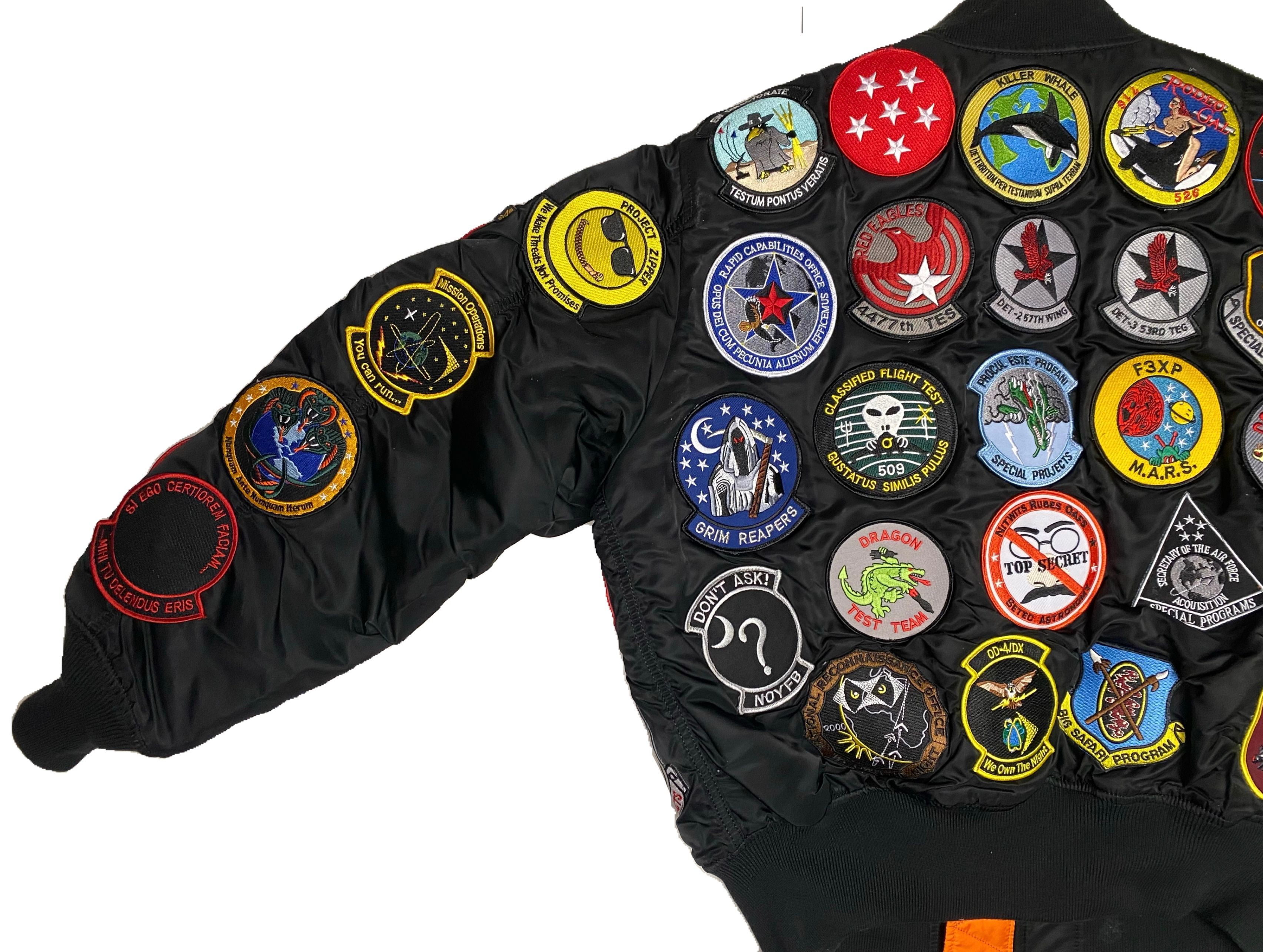 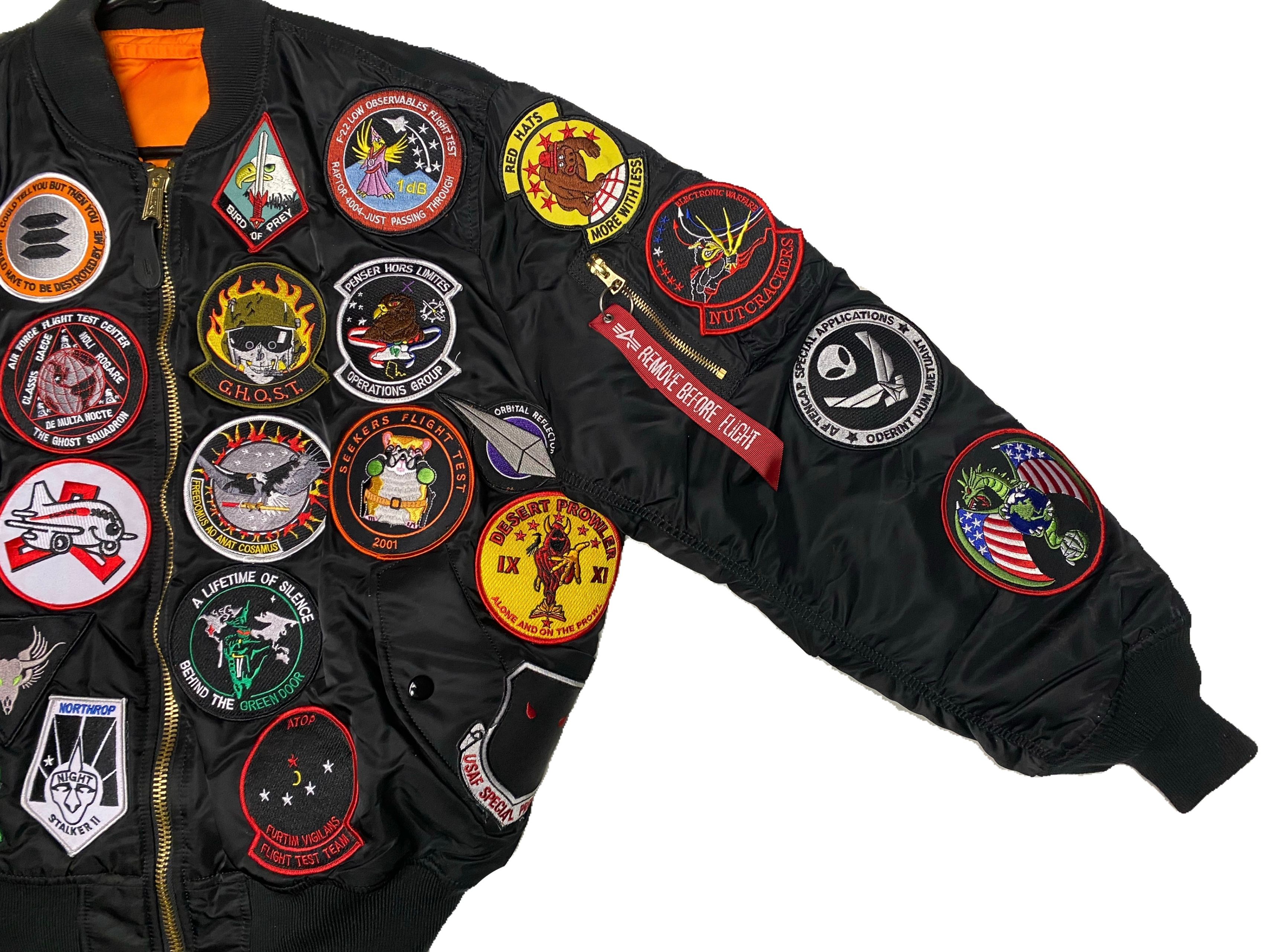 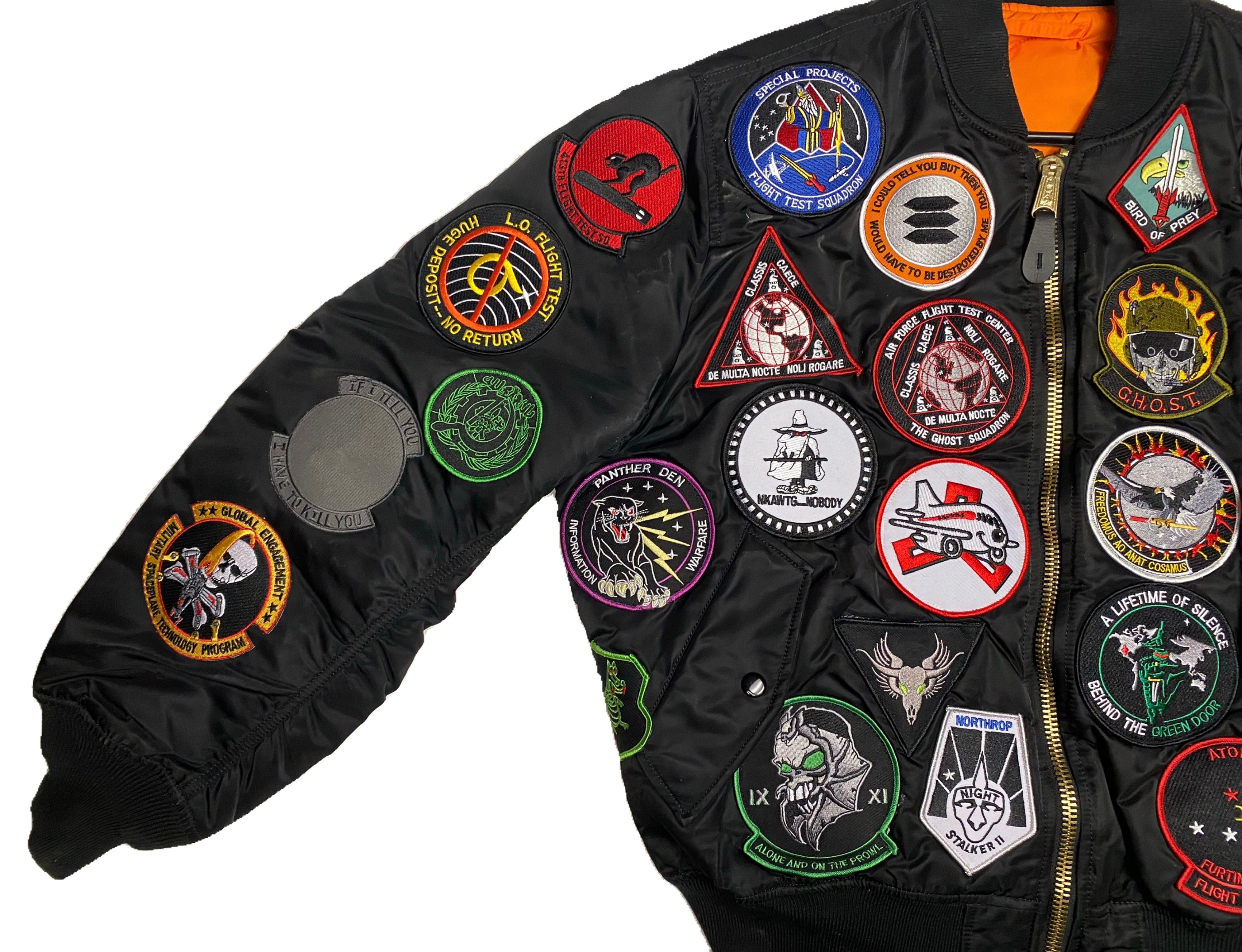 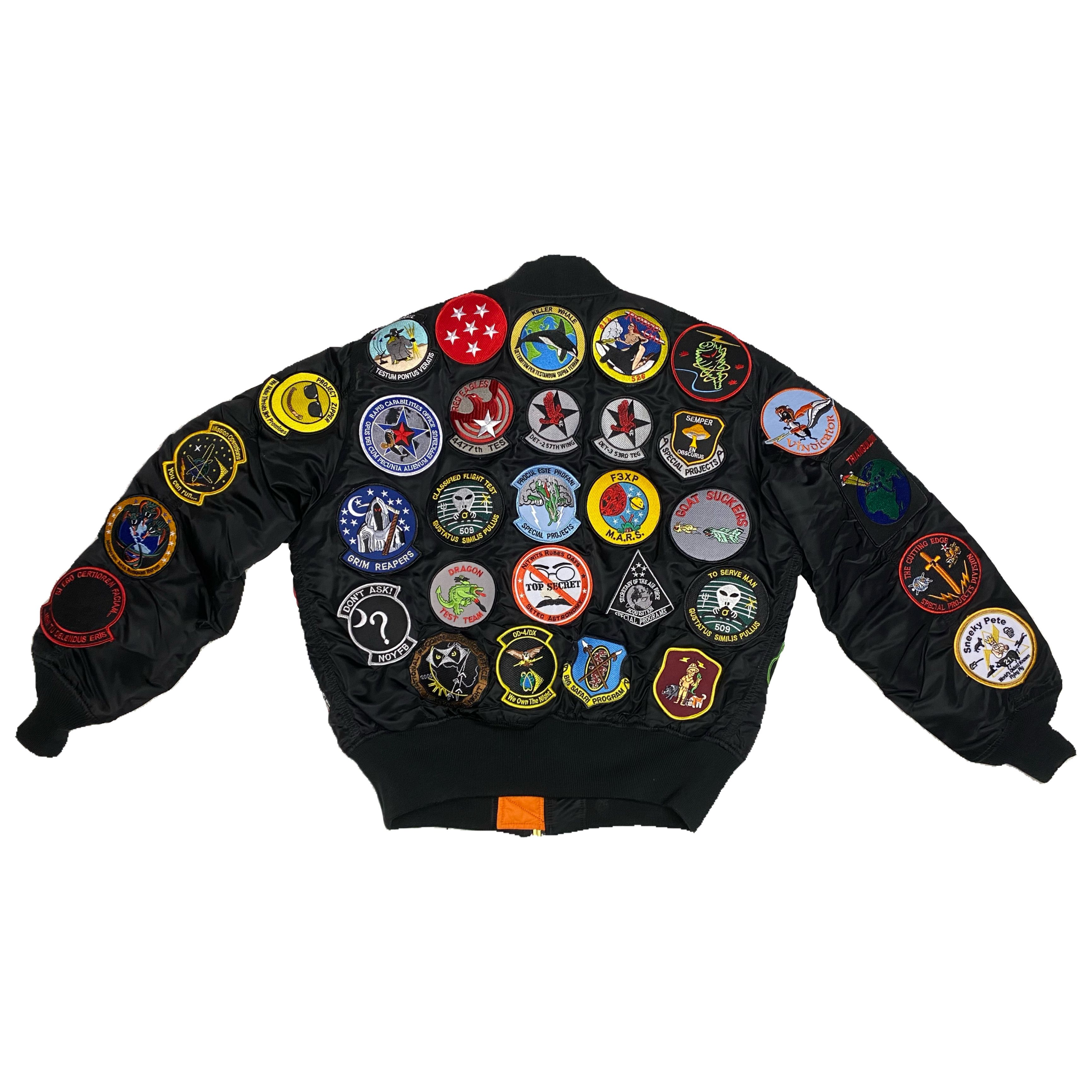 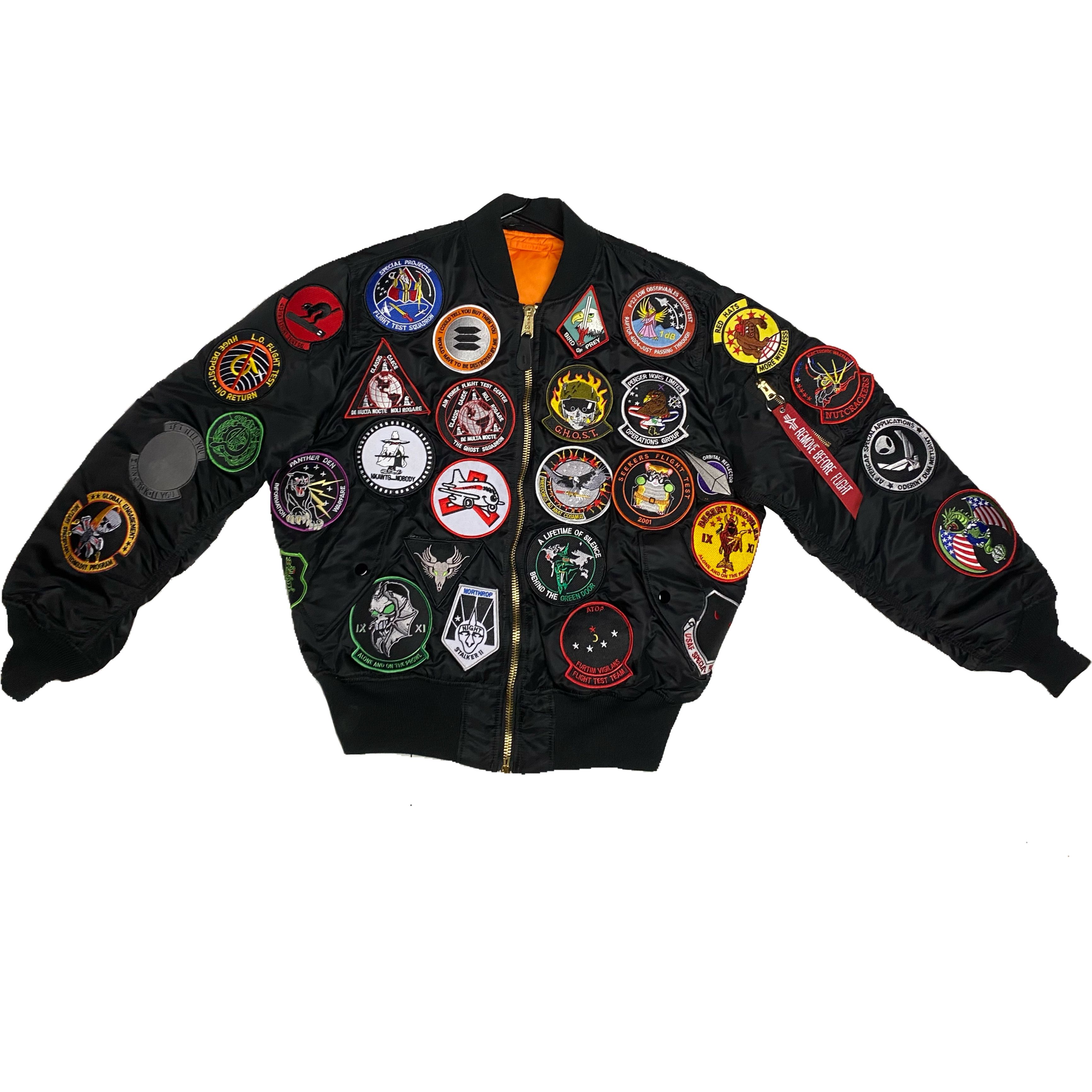