It's rare that we get an opportunity to see real, hard numbers on how much money ends up in the pockets of those who create content online. The Great Twitch Leak of 2021 provided the perfect missed opportunity. On October 6, an anonymous hacker posted a 125GB torrent link on 4chan containing payout reports and source code. Later that day, Twitch confirmed the authenticity of the leak and blamed it on a “server configuration change”. The incident got picked up by the news cycle almost immediately. There was preliminary analysis, a trickle of bite-sized facts and outrage about the payout rankings of superstar streamers. As usual, none of the articles went deep enough. The chatter breezed on and the topic of creators’ incomes — again — did not prove sticky. To me, it seemed that we collectively missed the forest for the trees 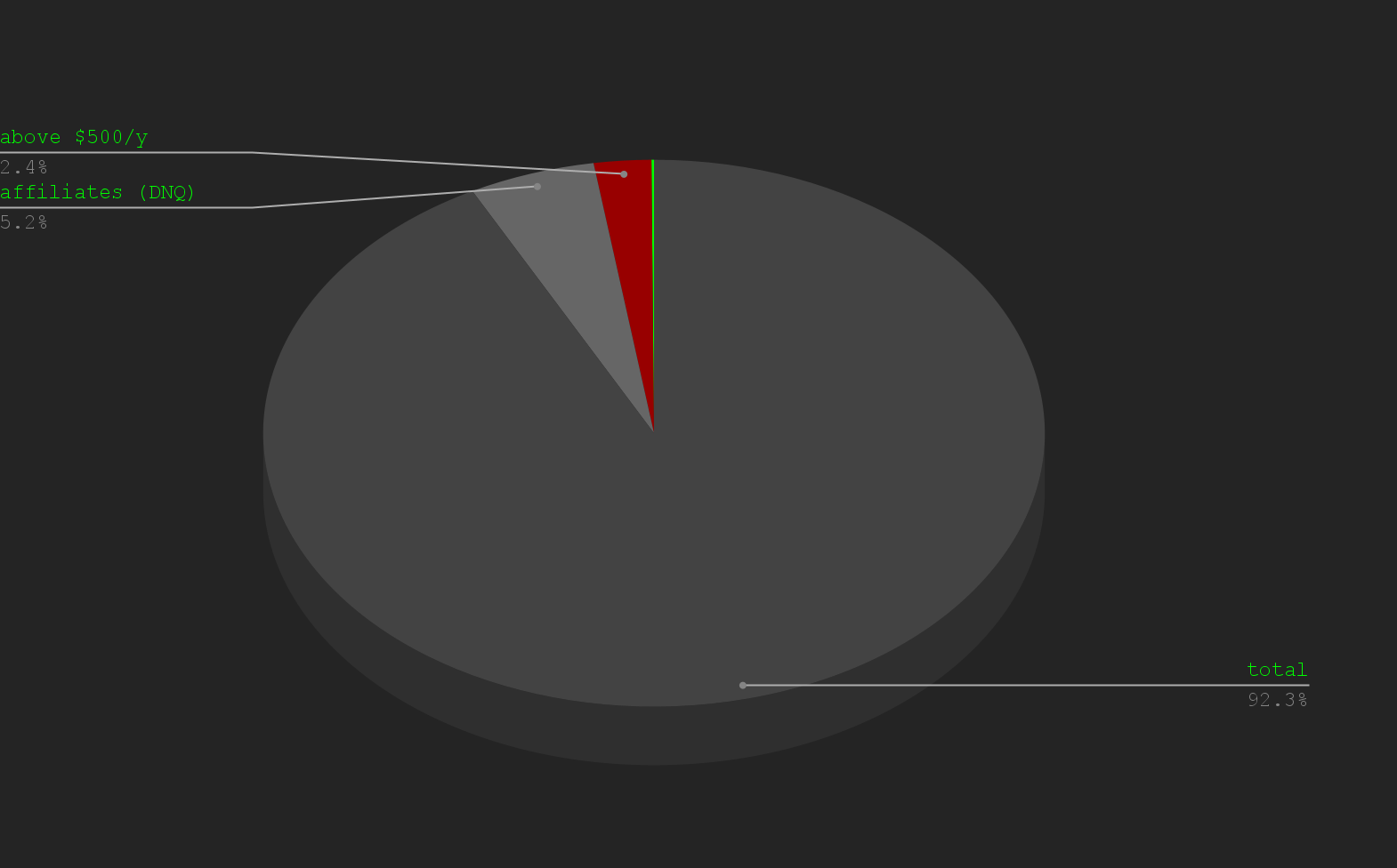 Figure I: Pie chart distribution of considering 9.89M total Twitch creator accounts by earning status. Only about 7.7% qualify for revenue sharing as part of the Twitch Affiliate & Partner Program. The green slice represent those on track to earn above the Euro-american minimum wage, or $15,000 a year.

An official Euro-american minimum wage works out to an annual figure of 15,000 US Dollars, or 13,000 Euro. This number is unrealistic and insufficient to make it through a year in most advanced economies of the globe. Nevertheless, it serves as a useful proxy to calculate a bare minimum threshold of vocational viability. On top of it, creators might be subsidized by patrons, sponsorships and related deals that occur outside of platforms.

Figure II: Distribution of earnings buckets of the 2.6% creators who were on track to make more than $500 in 2021. Green columns represent those on track to earn above the Euro-american minimum wage.

What follows is our own, firsthand analysis, carried out by me and with technical support from fellow DNR member Sam Shaftoe. In January 2021, Twitch boasted a base of 9.89 million creator accounts, or active streamers. Collectively, they were producing close to a billion hours of annual content. Yet as of September, only about 11.600 Twitch streamers were on track to earn the minimum wage in 2021. Percent-wise we’re talking about the 0.117% of active streamers. If that didn’t sound ominous enough, the total earnings included at least ten million dollars worth of stolen credit cards used by money laundering rings.

As most exploitative social platforms do, Amazon-owned Twitch has invested incredible resources into bellowsing growth. To build their fantasy castle’s moat, Twitch would bribe select, established artists at $250/hour (about 35x of said minimum wage) in additional incentives on top of tips, subs and ads in exchange for streaming regularly on the platform. In other words, they got paid for LARPing a successful streaming career. These siren-song tactics work, as the well-publicized 2019 survey commissioned by LEGO revealed that being a youtuber, influencer or streamer is now the most-desired job among middle-school kids. With enough effort, clout follows. Seeing that there seems to be no correlation between broad social media following and streaming earnings, platforms like Twitch effectively require adopting livestreaming as a lifestyle to enter the playing field. Conventional wisdom recommends that you stream "between 3-5 days a week", amounting to the commensurate effort of a part time job in hopes of progressing toward a sustainable career on the platform. This internet dream has been sold to aspiring creators, their followers and advertisers alike. 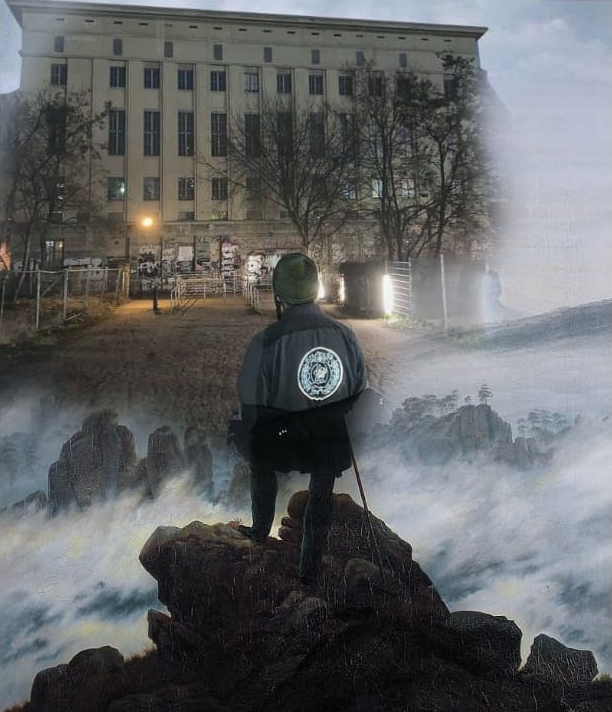 Anon creator staring into the career-void

When considering a lifetime of creativity, it’s worth taking a step back along the way and reflecting on whose mountain you’re climbing. Numbers aside, I hope I convinced you to mentally categorize the average hard-working streamer’s career hopes accurately — well into the lottery ticket territory. The problems are systemic and inherent. In this model, even a 10x increase in payouts would not broaden the base significantly. Despite the barrage of advice about creating content from creators who only create content about creating content, the so-called “creator economy” remains a nebulous concept shrouded in the vape-pen haze of advertising industry grunts.

Who are these “creators”, exactly? According to my own research estimates, the creator economy could encompass 50-60 million “aspiring” content creators worldwide. I'm basing these broad-brush numbers on random-sampling follower counts, posting frequency and correlating both to estimated incomes for accounts across major platforms. These are people who earn at least some amount of money from posting regular content in the broadest sense. They include plain influencers, clout chasers, van-lifers, gamers, artists, performers, music producers, DJs, and psychopathic LARPers of all creative fields. Out of these 50-60 million “aspiring” creators, there's a hair-thin strata of around 1 million “professionals” -those who manage to squeeze out at least that minimum wage from social platforms.

I'm also a “creator”. I create music every day and have been doing that for well over half of my life. I take the interest of creators earnestly. There’s a difference between pursuing your own creative path and being a pawn. And while I’d argue that an average creator’s interests are not primarily financial, knowing the distinction is crucial. It's not the same story that's being told and sold — not when over 50% of young productive-age people are hoping to "create social media content" as their livelihood. The Twitch data shows - proves - that on macro level, this is never going to happen.

The collective opportunity costs incurred by creatives shoehorning their craft into presets of platform-defined behaviors are insane. The true beneficiaries of billions of hours of effort are flying a predictable arc of exploitation - trading early favors and artificial payout boosts to attract, then squeezing the performers harder down the line until the next platform comes around.

People have always invested incredible amounts of their youth into pursuing dead-end career choices. But we deserve to do so for the right reasons and to channel our creativity towards better goals. We need to create more of our own infrastructure, and play more of our own games. Only then, in the words of our fishpilled friend, “[…] people will find a way to make the internet useful again”.