The Living Diamonds of Yakutia 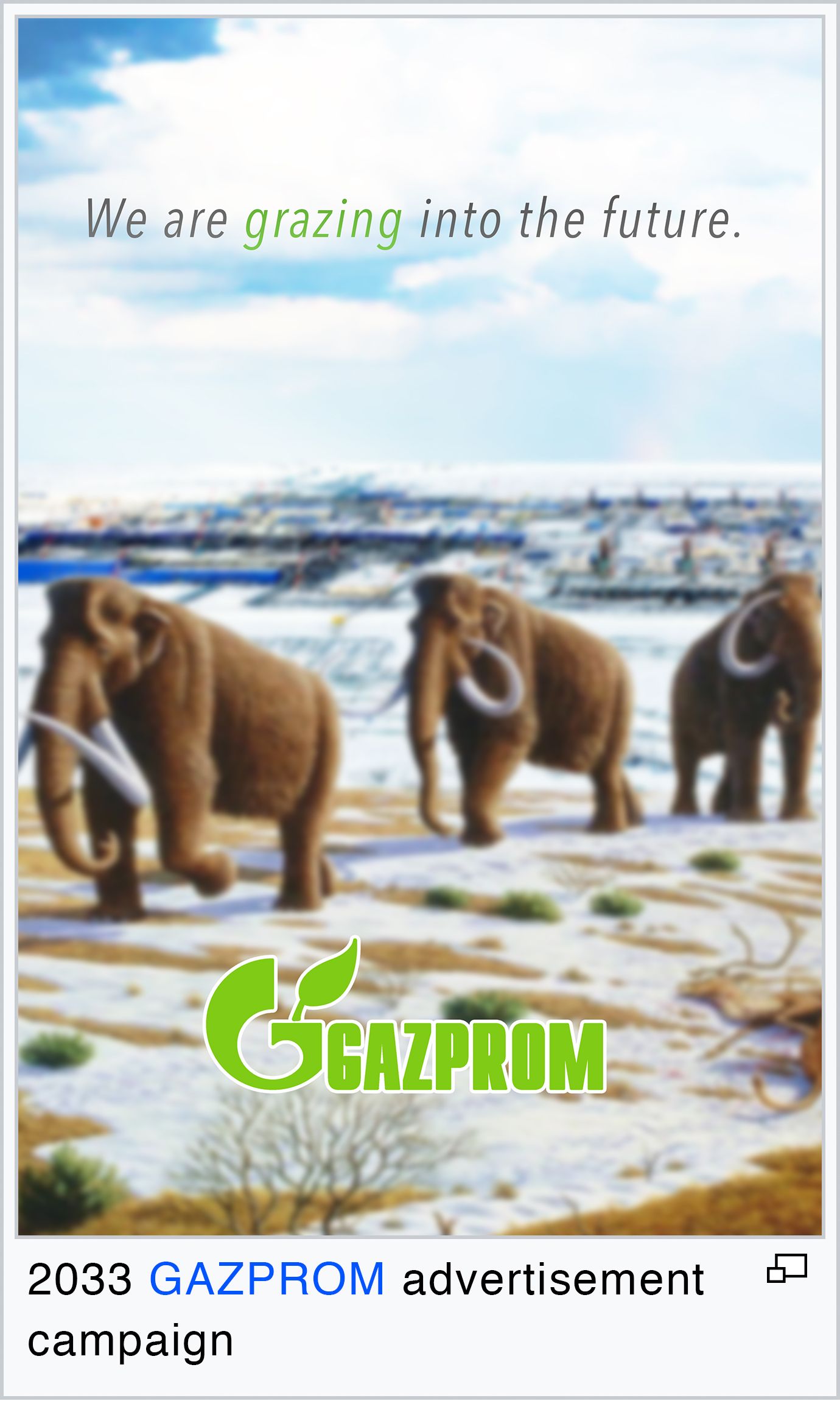 During the early 20s of the 21st century, increasing political frustration with the world’s inability to effectively reduce greenhouse gas emissions left the fate of the earth’s climate crisis entirely in the hands the neoliberal economy, which eventually produced the only solution compatible with its own logic. Large-scale technological interventions into the earth’s ecosystem, known as geo-engineering, would bring the climate back to normal and provide abundant opportunities for the expansion of capital at the same time. The lineage of tech-utopian and capitalism-friendly environmentalism could be traced back all the way to the work of Stewart Brand and the Whole Earth Catalog, which aptly opened the statement of purpose of its original 1968 issue with the sentence „We are as gods and might as well get used to it”.

The Pleistocene Park in eastern Siberia, named as an obvious nod to the Jurassic Park franchise, was one of the more ambitious projects in this lane: it aimed at facilitating a revival of the pre-human ecosystem in the Siberian steppe of the Pleistocene era, a geological epoch marked by the global spread of humankind, ultimately leading to the demise of large land-fauna (such as mammoths). The thawing of the Siberian permafrost due to increasing temperatures was threatening to further acccelerate climate change by releasing the greenhouse gases stored in the frozen ground. Ominously, the skeletal remains of thousands of mega-herbi- and carnivores from the Pleistocene had started to surface under the melting ice, and were traded profitably for their valuable mammoth ivory.

In a 2014 manifesto, Pleistocene Park founder Sergey Zimov explains the premise of the project: the idea that the thawing of permafrost soil could be stalled by compressing it, thus stopping the climate disaster that would otherwise be inevitable. Using a derelict Soviet tank as a bulldozer, his team had proved that the soil’s temperature could be reduced by up to 4°C by this method. Zimov argued that this could not only be achieved by the evidently inefficient bulldozing of the entirety of the Siberian steppe, but that the re-introduction of large animals into the area would ultimately have the same effect, simply because of the physical weight of the animals. During the late 2010s, a number of animals which used to inhabit the area during the Pleistocene, such as particular kinds of horses, bison, camels, and deer, were reintroduced to Siberia in Pleistocene Park.

Because of the cold and harsh climate of Siberia, the park was limited to the kinds of animals that could withstand these conditions - animals which were just not quite heavy enough. The manifesto suggested that the revival and reintroduction of pre-Pleistocene mega-fauna, the wooly mammoth in particular, would be ideal to counter the thawing of the permafrost soil. While Zimov had already laid out the scientific groundwork for the possibility of de-extinction, their funding was still relying entirely on donations, Patreon supporters, and a kickstarter campaign. It was clear that the park on its own would not have the immediate resources to revive mammoths themselves. Rather, the project operated as a proof of concept, stirring climate and technology debates around the globe.

In 2021, American researcher George Church, who previously taught at Harvard, co-founded the privately owned and funded biotech company COLOSSAL, with the objective of realizing the de-extinction of the wooly mammoth. Church acknowleged the influence of Zimov’s research and promised a future partnership with Pleistocene Park. Rather than just a science project, however, COLOSSAL was primarily a venture capital enterprise - with funding from the likes of Peter Thiel, the Winklevoss twins, and all three Hemsworth brothers - and immediately launched an elaborate marketing strategy including collaborations with seemingly random social media influencers.

Meanwhile, Pleistocene Park had found an unlikely ally in the diamond mining company ALROSA, who owned and operated the largest open diamond mine in the world, located in Yakutia, Siberia. Upon discovering diamonds in the region during the early 1950s, ALROSA settled at the site of the deposit in what would eventually become the city of Mirny, which accomodated approximately 37,000 inhabitants in 2021, most of which naturally worked in the diamond industry. Seeking to counteract its inevitably controversial image as a resource extraction company in a time of global environmental collapse, ALROSA had financially supported a number of local environmental projects over the years. From 2021, this included a partnership with Pleistocene Park. 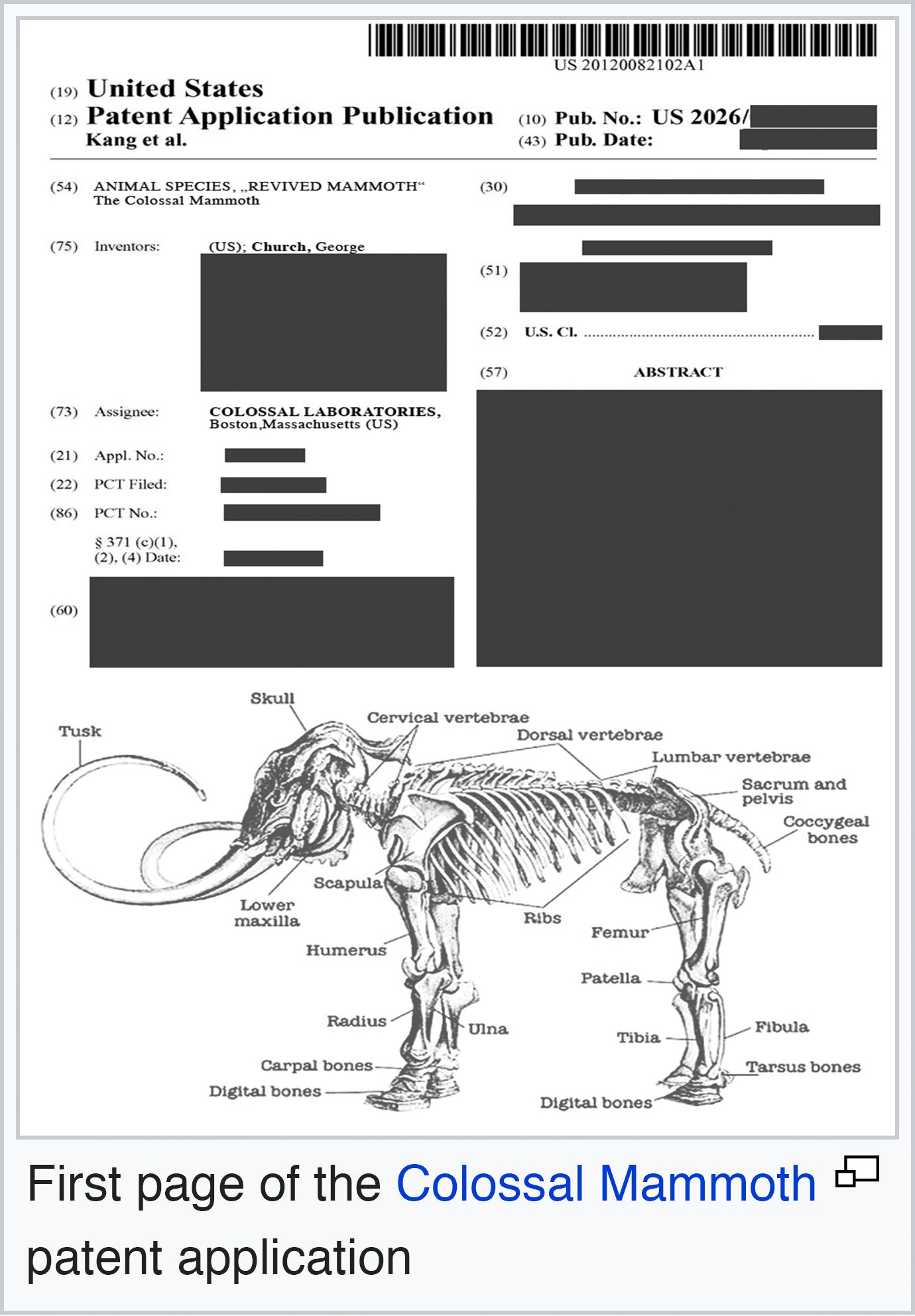 In 2026, COLOSSAL made its breakthrough much sooner than anticipated, by presenting the 21st century’s first baby mammoth. While this made for effective publicity, and had the company’s share value skyrocket, the science remained opaque to the public. COLOSSAL decided not to patent it’s technological process, but rather its immediate offspring: the Colossal Mammoth (TM). Although others had tried privatizing species of animals on grounds of technological developments in the past, it never held up legally before. But because of the use of CRISPR technology it was possible for the company to argue that the species was truly entirely original. A whole species was now privately owned by a single company for the first time in history.

At Pleistocene Park, excitement about the COLOSSAL mammoth could not be contained. This was the news they had been waiting for for so long - finally, there was a real prospect for the resettling of Pleistocene fauna in the Siberian steppe. Naturally, the animal’s privatization made it harder for the park to facilitate this scenario. Still only having modest funding available, it was clear that the first Colossal Mammoths (TM) would be unaffordable for Pleistocene Park - and so they eventually reached out to what was their biggest sponsor by a great margin - diamond mining company ALROSA. 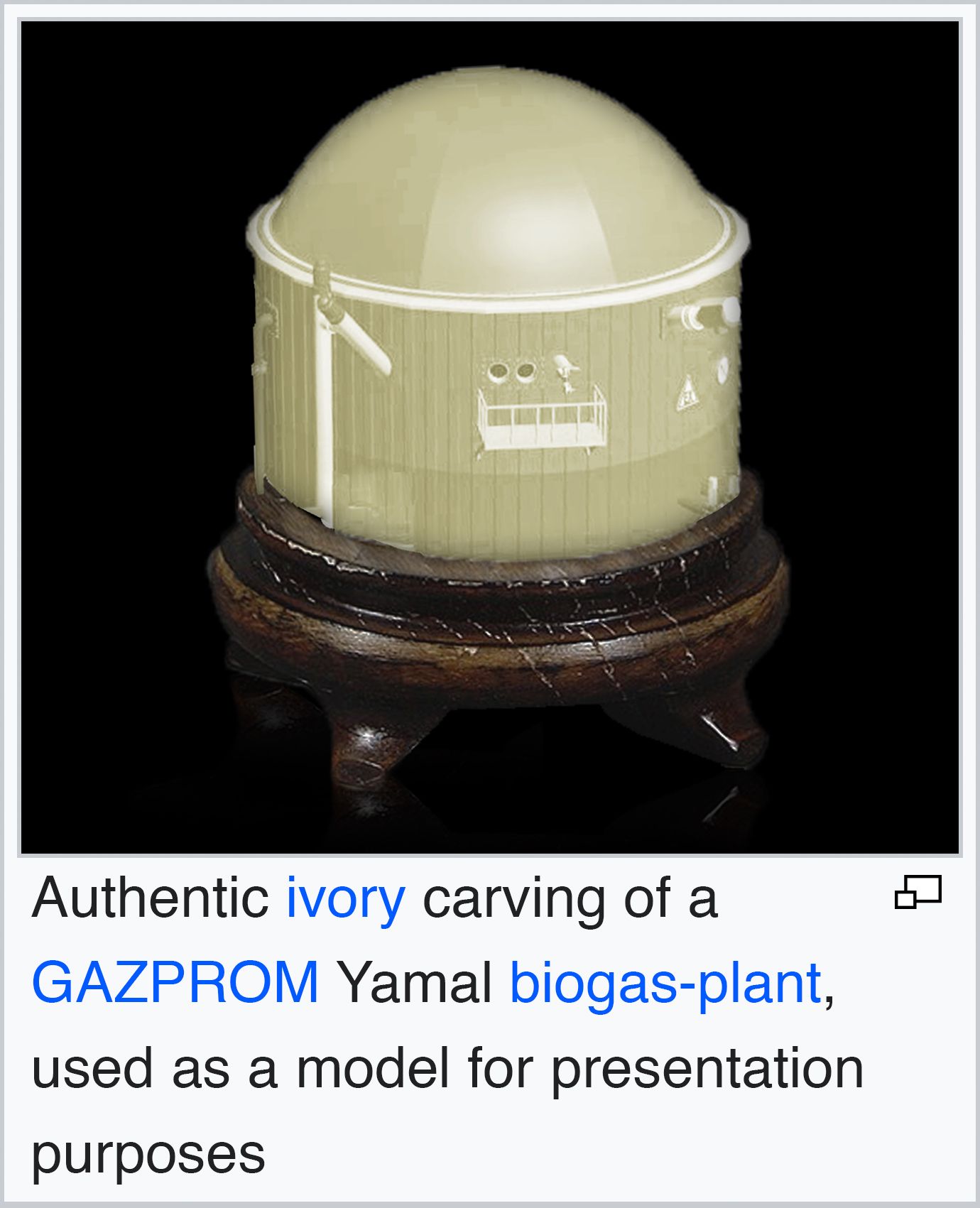 ALROSA was facing its own existential threat for a while now - the diamond deposit of Mirny, which was once the company’s biggest asset, had experienced a significant level exhaustion and tragic disaster in the 2010s. By the mid-20s it had been shut down and re-initiated several times, but it was clear that it was nowhere near as efficient as it used to be. Previous forecasts had estimated an inevitable slowing of the production rate by 2058, but these estimates proved too optimistic. Because the town of Mirny relied entirely on the diamond mining industry, there were great incentives to utilize the existing infrastructure for alternatives.

In the mid-20s ALROSA Mirny had already tried a partial transition into artificial diamond production for industrial use, after being unsuccessful in funneling the artificial diamonds to where the mined ALROSA diamonds previously ended up at: the jewelry retail market. On the retail market, artificial diamonds were simply undesirable because the value of gemstones still depended on the perceived authenticity of their natural scarcity. Only one method had been succesful at charging artificial diamonds with an alternative kind of value, albeit at a much smaller scale: the cremated remains of loved ones were offered to be turned into diamonds at a bespoke pricepoint. 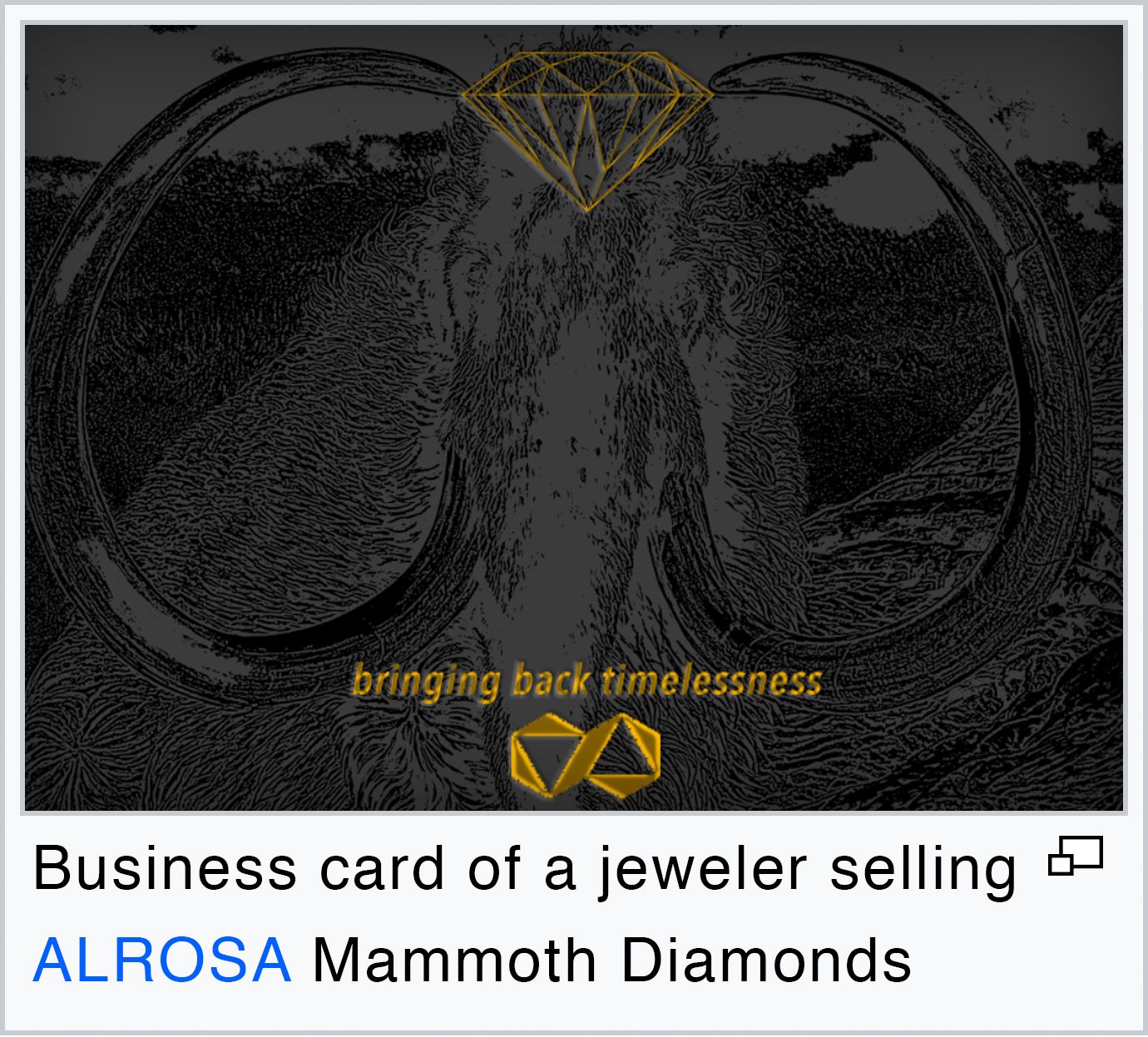 It was at this point that the company’s partnership with Pleistocene Park came to fruition. ALROSA agreed to fund the acquisition of 200 COLOSSAL Mammoths (TM), which were to populate the area of Pleistocene Park in order to test the projected revival of the pre-human Siberian steppe ecosystem. In turn, the company would use the mammoth’s carcasses as a carbonic base for the production of artificial diamonds, imitating the practice of synthetic diamond-creation using human remains.

The usage of mammoth carcass carbon would allow this idea to materialize in mass production, directly involved in an environmental cause. The ALROSA Mammoth Diamond(TM) was the first artificial diamond to sell better than any mined diamond on the retail market. In order to make the system more efficient by saving on transportation cost, ALROSA decided to acquire the wild-life park The Living Diamonds of Yakutia in Mirny in 2027 and provided the land to Pleistocene Park. Pleistocene Park Mirny was founded in the following year, making it the first large-scale area in the world where mammoths would roam free again, after thousands of years.

ALROSA’s success became a popular protocol among fossil-ressource companies. The Renewal of Un-renewable Resources made waves - it seemed as though a way of dealing with the global depletion of specific resources had been found. The most prominent expansion of the Siberian project came in 2033, when GAZPROM, the world’s largest producer of natural gas, announced a large-scale collaboration with COLOSSAL and Pleistocene Park. GAZPROM was facing a similar problem as ALROSA, just of a much larger scope: the ongoing global energy crisis caused by the prospect of the exhaustion of fossil fuel sources, natural gas in particular. The transition to renewable energy had been going slowly and was still not efficient enough to replace the burning of fossil fuels. The revival of the woolly mammoth, however, enabled GAZPROM’s existing infrastructure to continue the transport of gas subsequently used for energy generation - the only difference being that GAZPROM’s pipelines were now carrying renewable biogas. The mammoth could still do so much more to preserve the earth’s ecosystem: their body mass would help to conserve the climate in life as well as in death. With unprecedented efficiency, GAZPROM utilized the large animals carcasses for the production of biogas in fully automated biogas-plants located all over the Yamal-peninsula. 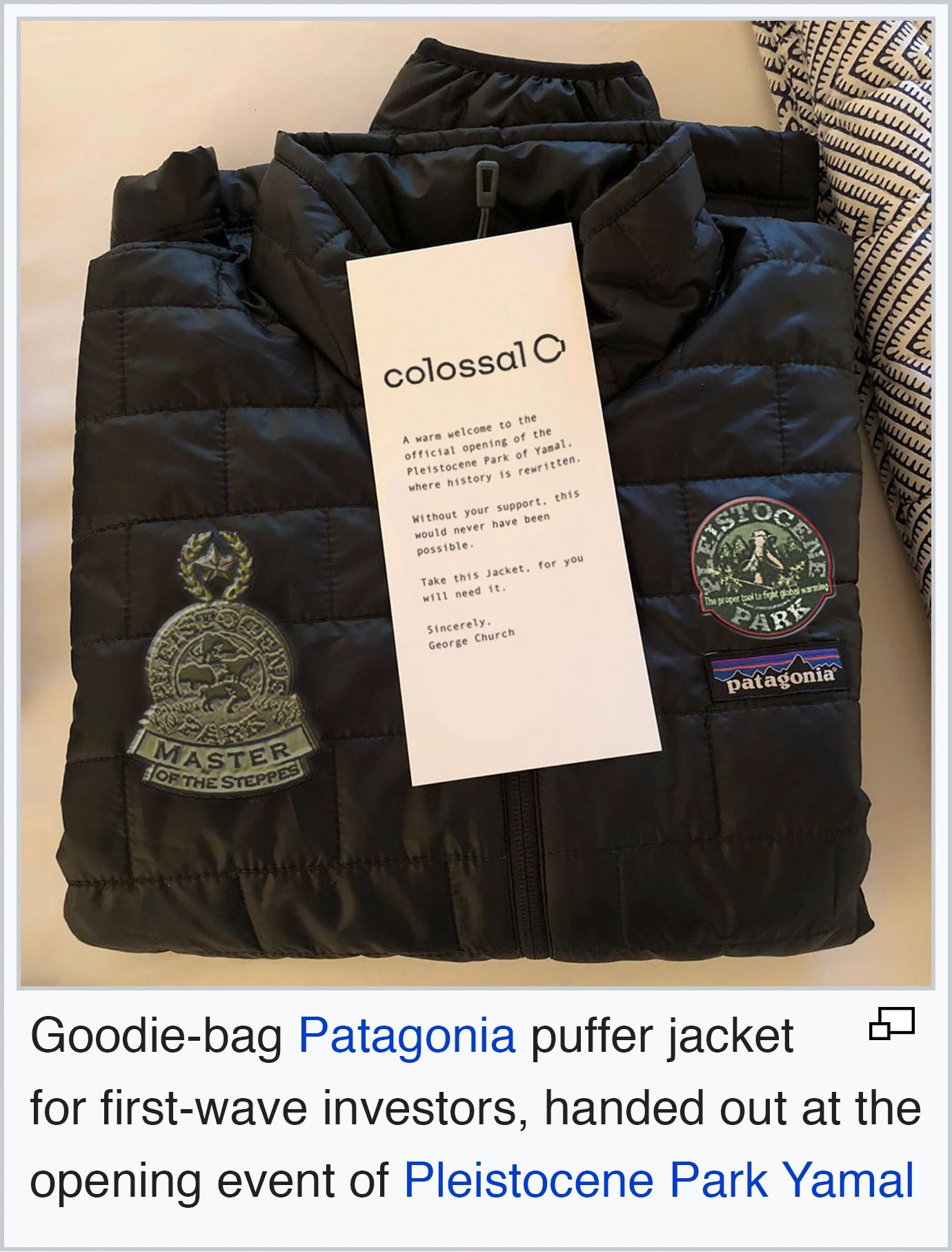 GAZPROM’s involvement took the whole project to a new scale. The entirety of the Yamal peninsula, which previously served as the site of the company’s largest natural gas mining project, would be turned into a wild-life park operating under the name of the tested and proven Pleistocene Park. Gradually, it was to become a place where not only wooly mammoths, but also wooly rhinoceroses and irish elk were to roam the Siberian steppe. It would also serve as a sort of appeasement to the local indigenous people who had been protesting against the planned construction of additional natural gas facilities.

It soon became clear that the collaboration with GAZPROM would require more efficient scaling, and thus, increased vertical integration. In 2034, COLOSSAL bought Pleistocene Park and turned it into a subsidiary, so the project could expand in economically sustainable fashion while still preserving the spirit of the brand as well as its name. Sergey Zimov and his family left Pleistocene Park as millionaires, yet unsure about the future of the legacy they had left to the planet. They were never publicly heard of again. 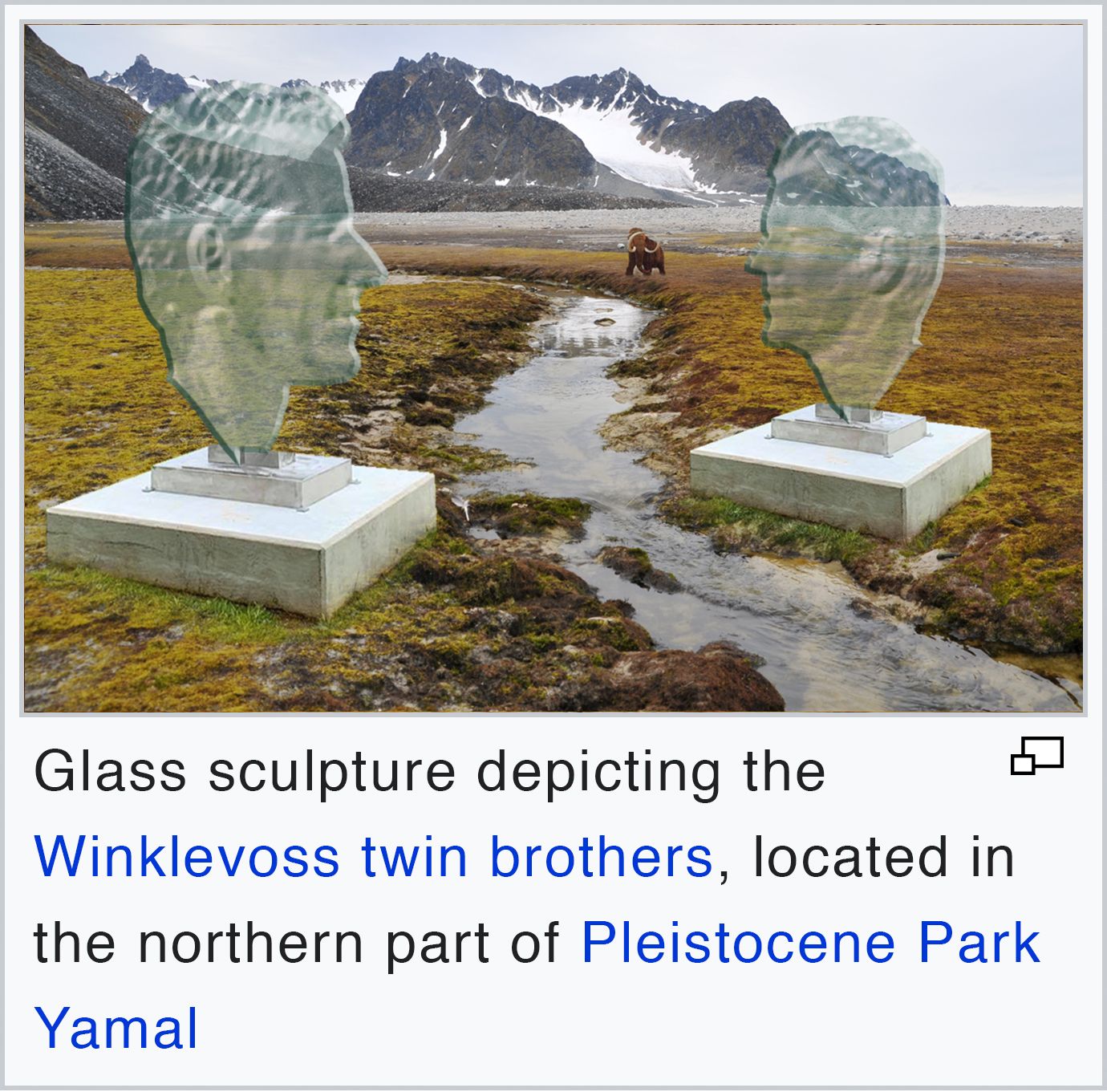 The COLOSSAL Pleistocene Park Yamal opened in 2036 after much anticipation. It had become much more than just an eco-industrial megaproject: The park also offered tourists an expansive adventure area with camping and hiking facilities in the summer, guided wildlife tours, and a petting zoo. Honoring their commitment as first-wave investors, monuments to the likes of Peter Thiel, the Winklevoss twins, and the Hemsworth brothers, adorned with ALROSA mammoth diamonds, were commissioned and could be seen while touring the safari-tracks of the park.

They were built to last forever.