The Memeing of Mark Fisher

Editors note: The Memeing of Mark Fisher was published on September 11th, 2021 by Academic Fraud. You can order your own copy online through http://thememeingofmarkfisher.com. 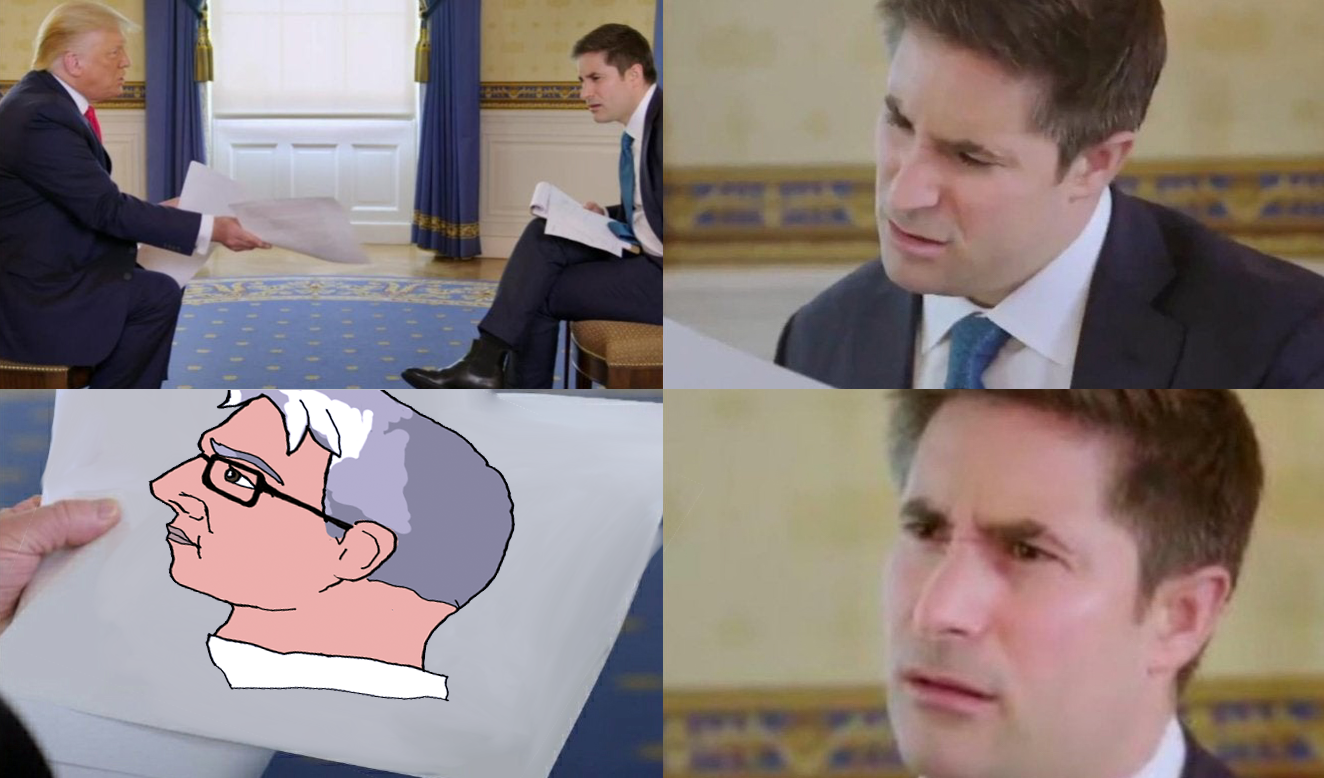 My idols are shadowbanned and my enemies are monetizing content.

“The pictorial jokes which fill the magazines, are for the most part pointless, empty of meaning… What such pictures act out, in anticipation of their completion by the well-versed observer, is the throwing of all meaning overboard like ballast in the snapshot of the situation, in the unresisting subjugation to the empty hegemony of things."

Plato argued that citizens should neither engage in comedy, nor be the target of it.

I can only assume that Mark Fisher would have hated our memes.

He doesn’t strike me as the kind of man that enjoys jokes, anyways. I daydream about him laughing like Rex Banner at the podium and it seems like the most likely scenario.

2015 doesn’t feel like a long time ago – a short six years – where Mark was individually removing each member of his ‘Boring Dystopia’ Facebook page as it slowly became over-run with people like us. His vision of vending machines and CCTV cameras was supposed to be a portfolio without conversation. He was stuck in an Adbusters loop of recycling material to show the horrors of contemporary life while participating in it. This terrain resembles a pastiche of subversion that looks more like mall-bought Che Guevara t-shirts than the hard critique it was intended to portray.

He was distraught by the sight of out-of-service ATMs and their “aesthetic consequences.” He had no time for whatever clever comment one might post, whereas he had more than enough time to individually remove 3000 members/fans from his group.

Mark didn’t think it was a laughing matter.

In the same year, Mark also stated his assumption that social media would collapse into itself – even stating that Facebook would die in a similar manner to its predecessor, Myspace, by 2018. Instead, Facebook is the 34th largest corporation in the US by revenue and Mark Zuckerberg is worth a cool 131.8 billion.

He wasn’t entirely wrong in his prophecies, however. His statement that “[…] people will find a way to make the internet useful again” would reveal itself to be true and he would have hated it even more.

Social media is still flooded with the same photographs of mimosas at brunch, absolutely – but there are just as many infographics to tell you why you’re being problematic when you share those images.

The mid-2020 rise of infographics provided a useful way to appease and condescend. It oversimplified things as ‘good’ or ‘bad’ in a manner that drew as much contempt as it did applause. Simultaneously, the rhizomatic appeal of ‘philosophy irony’ posting began to dominate the memescape from the other side.

I’m deviating slightly from my point, but bear with me.

In general, people tend to dislike being critiqued in any fashion. They hate being the butt of a joke and they hate not being part of what appears to be an elaborate ‘inside joke.’ This is not a philosophical or cultural problem. Human nature has decided that we’re social animals, and the fear of mockery exists inertly in us all – whether it occurs face-to-face or on the plane of cyberspace.

Whether it's an infographic explaining the cultural appropriation of your favorite meal or a meme declaring Fanged Noumena readers fascist, there is a "good" and "bad" immediacy to this style of content.

Maybe we are sometimes. Maybe we’re also making fun of ourselves. It’s hard to be sure.

We live in an era where we demand explanations so we can classify things as, yes – good or bad. There is a large market for those who wish to explain what happens online to those who are simply out of the loop. More often than not, the academic approach misses the mark by overintellectualizing these mostly inconsequential images.

I know this is a fact because I’ve created enough of the aforementioned memes to know that there is no higher meaning.

The uninitiated might refer to the act of shitposting as being a cynical “race to the bottom,” but one might argue that this is the more pessimistic outlook than the one it describes. Shitposting has gotten people more interested in reading Deleuze, Foucault, and Bataille than any marketing campaign could have ever done. The subversive act of posting a ‘body without organs’ joke ensures a future reading of Anti-Oedipus by an unaware but nevertheless eager reader.

I would be bold enough to claim that the sight of so many Capitalist Realism memes have led to a younger generation discovering the book and, for fear of being ‘left out,’ read it. They quickly find it a somber companion to the many jokes they’ve seen on the timeline, but at least they have read the source material.

The surge of Capitalist Realism memes accidentally created a nice community where people eagerly reposted each other’s content. Everyone was happy to give credit where credit was due. What the book represented was more important than the book itself, which led to its exploitable nature to be utilized across templates and trends as they arrived.

The internet has made niche interests useful for making friends. As we desperately look for a malignant threat in sharing jokes, we oftentimes find ourselves questioning what is even funny anymore. Is everything so drenched in irony that it’s impossible to discern the difference?

I scroll through the timeline and the first meme I see answers my question: 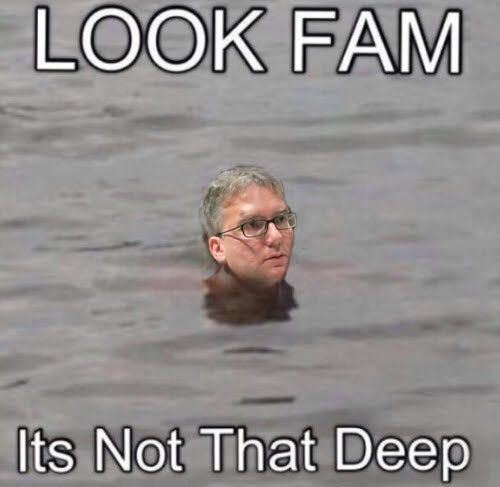 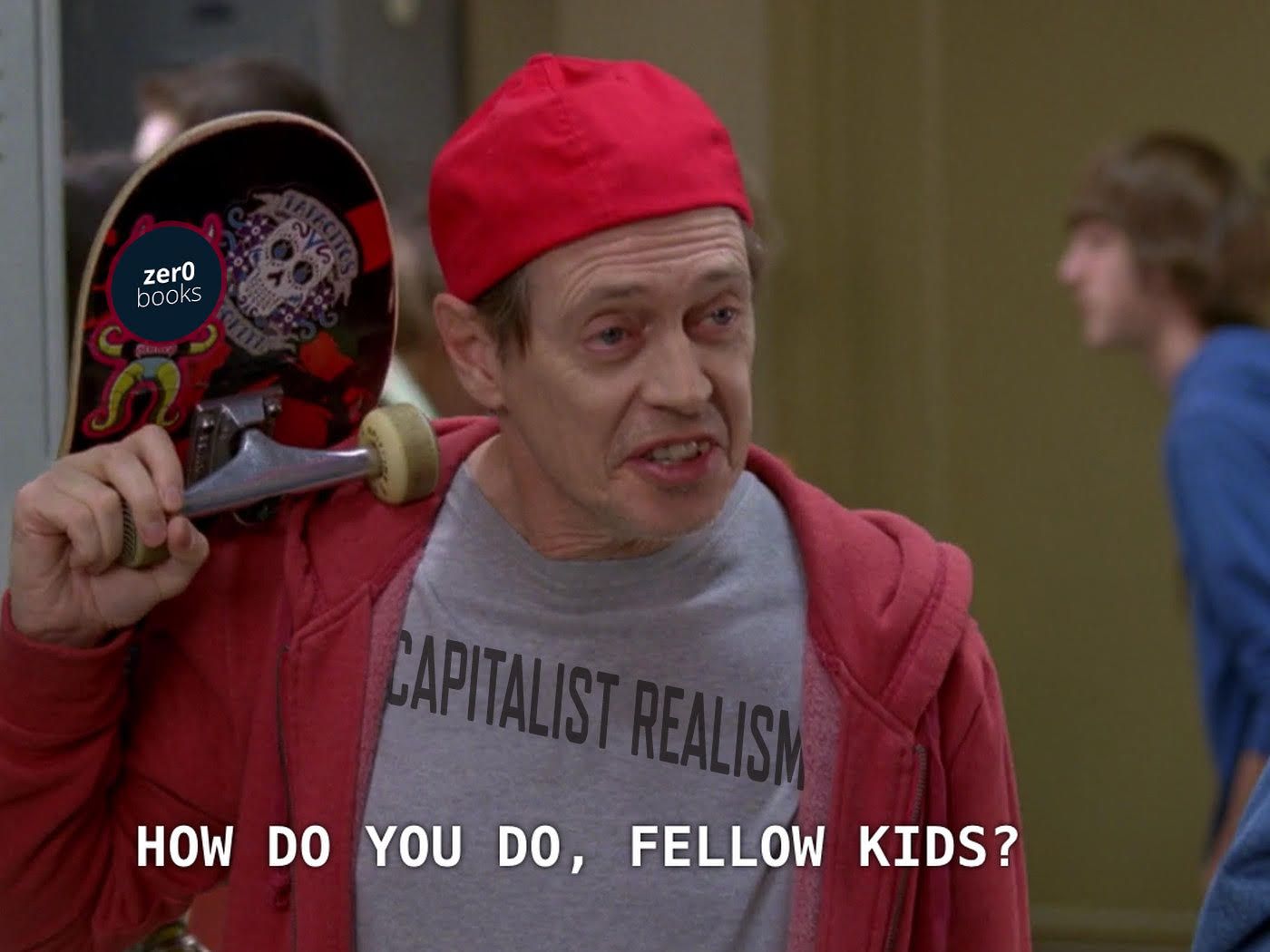 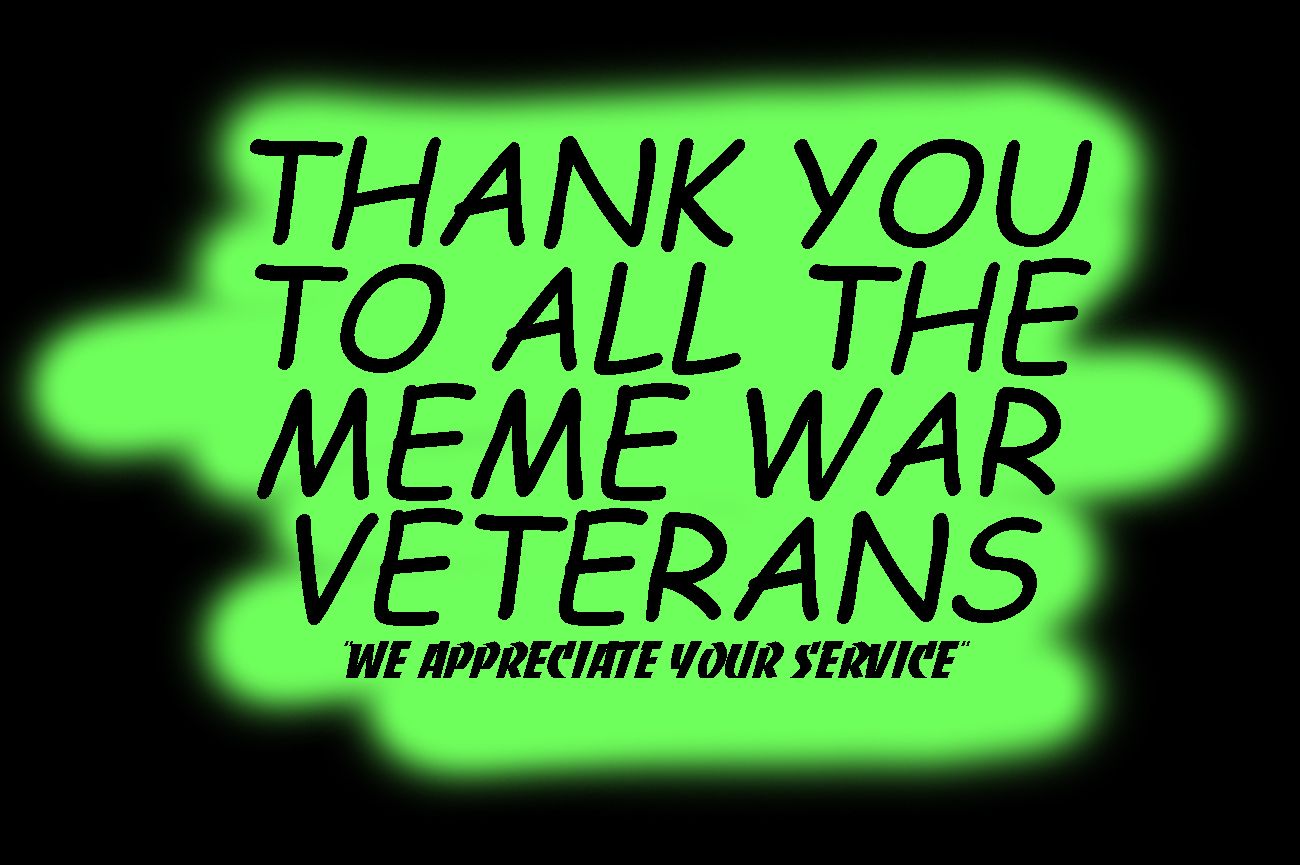