Part of a series on The MLM Project 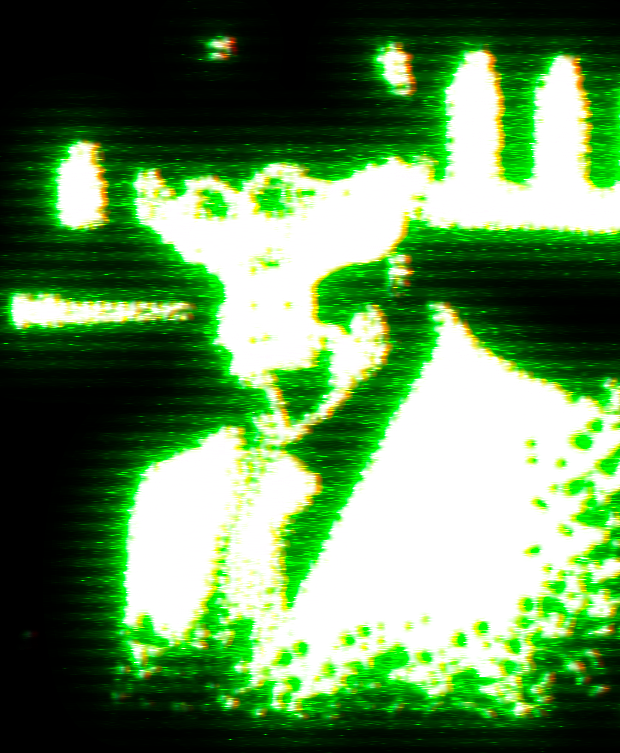 “Just give me a year,” my father pleaded, “if after a year from now I haven’t made this work, I’ll drop it all.” This was the end of an hour long spontaneous intervention, where my mother and I implored him to abandon the latest of a decades long chain of multi-level marketing ventures. This one was called Zinzino. They primarily sold fish oil supplements, and it was going to break the chains of wage work for my father once and for all. The last one was supposed to be the last one, of course- and the one before that too. Getting rich was never exactly the aim as far as I could tell. But my father never wanted, and still never wants, to answer to a boss again. When he was eighteen years old he got a job at a corrugating company operating forklifts. Forty years he gave to that company. Forty years, and as the percentage of the raises shrank, the back pains sharpened, and the horizons dimmed- they finally put his office in a storage area and told him to suck it up. It’s unclear if his employer had watched Office Space recently and gotten the wrong message, but into Storage B his office went. That’s when he took his meager retirement out early and committed full time to direct sales.

Multi-level marketing (MLM) already had its hooks in him long before the humiliating, slow collapse of Fordist production threw its last punch. I was nineteen when my father asked if I “wanted to make a little extra money”. He had finally found the big one. Zeekler was a penny auction site that was offering spectacular returns to those who joined its network marketing structure. It would take no less than three pages to fully diagram how participants in Zeek Rewards (the marketing arm of Zeekler) were supposed to profit because the compensation plan was intentionally opaque and convoluted. The hook for me, though, was that I didn’t have to participate at all- I simply needed to sign under his downline and he’d give me a little cash to organize spreadsheets.

So what was wrong with working for Zeekler? Or any form of MLM for that matter? Critics of MLM generally emphasize that these companies trick people into believing that they will receive riches which are in fact incredibly improbable, but the question of the agency of MLM participants is utterly ignored. They frame the masterminds of these operations as cultish conmen herding the clueless public into financial ruin. Their sins are, put simply, dishonesty and manipulation. Though I will not contest that many of the founders of MLM businesses are charismatic, megalomaniacal, pathological liars, this explanation is lacking. People have real reasons for joining these ventures. Promises of leaving the world of paltry hourly wages behind is more than enough. Implicit in this critique is also the assumption that the critic is not one of these rubes, and would never fall for such a clearly ludicrous scheme. On some level, it is the victim's fault. A convenient outcome.

Two of my aunts joined Zeekler too. A few of my dad's friends he made when he stopped drinking got on board as well. A neighborhood friend of mine whose whole persona was that of a proto-TikTok forex trader, joined after my father asked me for his number. Before long, my parents were getting the kitchen remodeled, then the bathroom. He had really pulled it off this time! My mother finally got the all-terrain vehicle she had been wanting for years but could never afford. Medical bills got paid. My father seemed to always be on the phone with men and women I had never heard of. “Well, if you get them to sign up with the 500 bid package,” or “your downline, the sales matrix, you make money if they make money”. Everybody was going to make it. I don’t recall him talking to me about anything other than Zeekler for those couple of years. Of course, these conversations I overheard were total gibberish to me, I was essentially getting an allowance while he puppeteered my account- I had no more idea what a downline was than I had before this all began. But the change in the energy of the house was undeniable. We were in business now.

Rather than employ a marketing division to buy ad space and workshop new branding, MLMs rely on enthusiasts and ambitious individuals to tap these unrealized markets themselves, through their homes and communities. One might give the side-eye to a strange mall kiosk worker hawking special lotions, or outright ignore the 50th online advertisement for anti-aging cream in a week, but perhaps they’ll give the time of day to a neighbor or friend testifying to the panacea for all their aches and worries. That’s the idea, at least. But what is the cost of this arrangement? In the case of gig economy enterprises, another alternative business model, we witness a handful of San Francisco tech adventurers dissolve the familiar at an intoxicating pace. The yellow cab, the pizza delivery man- these cultural symbols are on their way out if Uber and DoorDash get their way. The obsolescence of these poetic symbols of the American city are swiftly written off as a consequence of innovation, an unstoppable force, to which there is no alternative. Sentimentality has no place here. Soberly, we face homo economicus in his starkest aspect- the rational, self interested market actor who lubricates the wheels of commerce. And with this disappearing sentimentality, we have already lost some economic security, because these entrepreneurs don’t care what it costs to order DoorDash instead of directly from a restaurant, they only care about not paying the driver an hourly wage. The responsibilities once left to employers (like healthcare and sick days) are sold back to workers as freedom and flexibility, Work where you want, when you want, as hard as you want- the only thing holding you back is your own will.

Multi-level marketing wants to dissolve something familiar and sell it back to us as well: our relationships. It’s a common joke these days to note how whenever an old high school acquaintance reaches out over Facebook, there is a high probability that an MLM sales pitch is incoming. But the direct sales consultant rarely grasps for these distant connections as a source of profit before they’ve exhausted the ears of those closest at hand. By the time they’ve sent that message to a ten-years-past acquaintance, their family and friends have already had quite enough. The familiar things MLMs wish to dissolve are not the stodgy marketing department tactics we’ve come to recognize, but the actual social bonds of communities.

“There are no limitations to the mind except those we acknowledge. Both poverty and riches are the offspring of thought.” writes Napoleon Hill in his book Think and Grow Rich. His writings are often passed around in MLM conferences as morsels of spiritual wisdom that will lead you to material comfort. Napoleon Hill was a famous 20th century con man and motivational writer whose work is essentially The Secret for the temporarily embarrassed millionaire. I started to notice his books in the hands of my father more and more, especially after the Securities and Exchange Commission shut down Zeekler and the state of North Carolina imprisoned its founder. Unfortunately, the “millionaire mindset” didn’t stop the federal government from ruling that Zeekler was a ponzi scheme, and that all of the earnings people like my father were enjoying were simply the transferred investments of new recruits to the Zeekler venture: Robbing Peter to pay Paul. Here, the real fruits of distributed marketing in a pyramid structure, descending into communities and families like mine, were harvested. While legal consequences were faced by the CEO, a sizeable portion of pain was felt by inhabitants of what the prosecution in this case called the Net Winners Class, which is exactly what it sounds like: the group of Zeekler “entrepreneurs” who, according to Zeeklers own internal documentation, made more money than they put in.

The time my father told me what it meant that I was in this “Net Winners Class”, I was summoned to the living room, and he explained to me that I was being sued for around $200,000. Now, this is not money I had ever laid my hands on, but I did have a Zeekler account that argued differently, due to the little business opportunity he offered me some years prior. My two aunts and my father himself were also being sued for their respective earnings. The household was retaining the atmosphere of a business, but it was feeling a little more like the Enron variety now. Fittingly, there have been countless subpoenas, bankruptcy hearings and number crunching sessions in this house since. Zeekler made promises to people, but more importantly, it had those people make promises to others for them. Those promises were usually made to those closest in proximity- siblings, children and friends. MLMs capitalized on the ushering out of the traveling salesmen, but they managed to replace him with something half as scrupulous and twice as insidious: an army of desperate and precarious workers who sell not only their labor time, but their web of social connections. When that web starts burning down with the business, the SEC just doesn't have jurisdiction over that realm.

When my mother fell ill recently, he told her (again) about a new fish oil company called Zinzino. He tells everyone about Zinzino. In fact, the very medium through which we communicate as a family unit has been so fully saturated with prosperity gospel that at times it’s better to just not navigate that space at all, and remain silent. Zinzino is the ladder my father plans on using to climb out of this mess and into the sphere of financial self starters that authors like Napoleon Hill preach about. the MLM mindset requires him to believe this one will be different: “it’s not a pyramid, it’s a matrix”, or “this product changes lives”. After the financial and psychic crisis Zeekler rained down on this house began, even the laughable amount of security offered by ridesharing and food delivery apps has been welcomed with open arms. I’m outflanked on the frontline of capital’s next terrible shapeshifting.

What else will be stolen from me, only to be sold back as emancipation from wage slavery? What else will we have left? Con men are criminals to be sure, but they have nothing without a pool of desperate and starry eyed workers for whom neoliberal paradise has proven to be a lonely hell.