Wanderer Above the Burning Yards 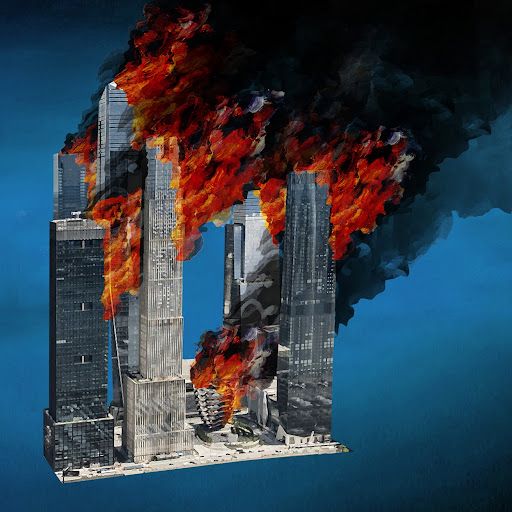 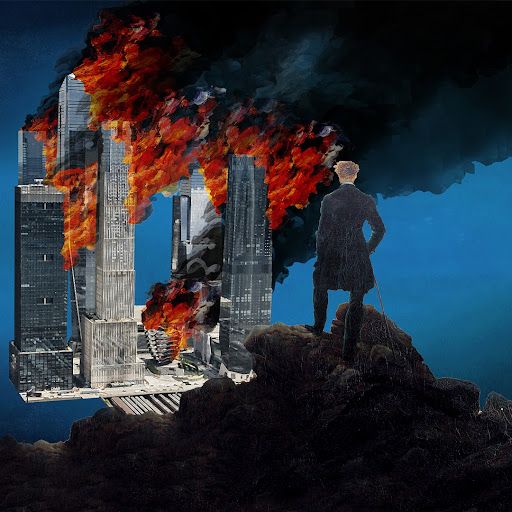 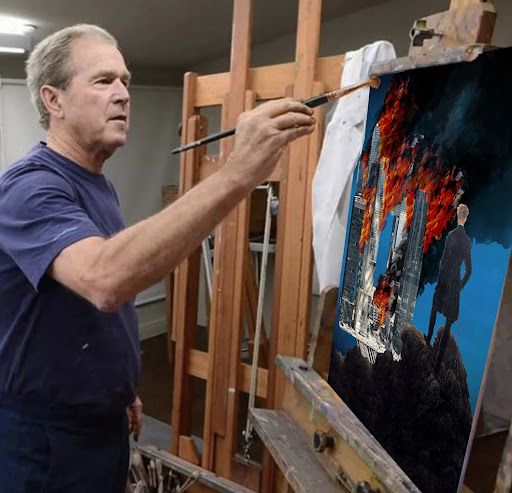 Hudson Yards in Manhattan is the largest private development in US history, and as the most recent example of privatized, blank-slate urbanism, represents the closest we can currently get to the ideal urban form of neoliberal capitalism's decades-long project to wipe out the public sphere. Like many other recent large scale developments in the US, Hudson Yards is a Public-Private Partnership (PPP) where the two realms of statecraft and capital join together to transfer wealth and power to private hands. In this case, the PPP was between the owner of the Hudson Rail Yard, NYC Metropolitan Transportation Authority, and the new leaseholders of its air rights, The Related Companies and Oxford Properties.

The path to this point started decades ago, but the history for the final scheme of Hudson yards, the one today infamous for its billion dollar staircase, began in 2005 when the city issued a request for proposals (RFP) from private developers to build a 12.7 million-square-foot mixed-use development on the site. They chose a cap-and-lease scheme from Tishman Speyer which would see the construction of 15 acres of parks, public space, four office buildings, and ten apartment buildings. However, this plan was scrapped in the wake of the 2007-08 financial crisis, not because it no longer had the funds, but in order to capitalize on economic desperation and to get the city on board a much more ambitious plan. This revised proposal with The Related Companies was approved in 2009. To facilitate this, the city would extend the #7 subway line from Times Square, build a new north-south avenue called Hudson Boulevard, and the whole thing would be paid for by a new financing scheme based on bonds whose securities come from Hudson Yard's future profit speculations. That is, Hudson Yards was considered so secure an investment that the loan procured to finance its infrastructure was based on speculation of its future profitability. Oh, and over $1 billion from the pay-to-play EB-5 visa program designed to help impoverished communities somehow made its way to Related.

Hudson Yards is the behemoth it is today because it exploited economic fears, Olympics false hope, and money-betting-on-money speculative finance. The moneyed interests behind it knew exactly how to profit off of a recession and quickly capitalized on the PR vacuum around economic recovery. Looking at its tenant list today feels like you happened upon a conspiracy theorist's map of the New World Order: CNN, Facebook, Equinox, Sidewalk Labs, BlackRock, and a scattering of law firms and private equity companies. Except it really isn't much of a conspiracy anymore.

In a world dominated by finance capital and speculative real estate, the role of the architect really does seem to be merely to decorate the investments of an elite few. As workers, we are kept too precarious to organize, too anxious to take risks, and too drenched in "literally me!!" ideology to form any sort of solidarity bloc with which to make demands of our handlers. As a result, the architecture community today is a wrecked neoliberal free-for-all between pseuds, moralizers, technocrats, and the rest of us fighting for scraps. It sounds bleak when you look at it that way, sure, but when you realize how all this can change in a moment, when climate change is forcing us to reconsider value systems and capitalist realism is losing its hegemony, it’s not too much of a stretch to feel wholesome. Even though the largest American organization committed to left causes in architecture is kneecapped by its founder—an abusive, LARPing Ivy League careerist, who’d rather write press releases and vapid slogans—its growth in the past few years indicates a deep desire within our generation for an explicitly anti-capitalist counternarrative to the absolutely miserable notion that architecture is a luxury service for the 1%.

There has got to be a funnel out of the jaded blackpilled vortex that so many well-intentioned architects fall into. If all DLW does is pump out cope-filled inflatables for those struggling to kick their heads above water, that’s just fine. There’s a real lack of outlet for the bitterness, anger, and disappointment so many of us feel towards a profession that eats its young and expects them to stay quiet about it.