Editors note: The SSSC is the acronym for the Super Secret Sleeper Cell, a Discord chat community founded by Joshua Citarella. It is from there that Do Not Research was formed.

Perspective of the Observer

What attracts people to the SCCC? Across media appearances, Josh Citarella regularly cites three catalysts of its formation:

(1) increasing economic pressures, regardless of occupation

(2) the discontinuity between art institutions’ mission and values

Those keen on altering their world and who recognize traditional politics as a dead-end often approach art instead; its liquid process allows for unrestricted building. However, art does little to affect one’s material conditions. Engaging with an artistic practice often extracts more from its makers than it does to compensate for their efforts.

In lieu of political change, recognition as an artist can validate one’s agency and provide relief. Art institutions (whether co-op, gallery, or museum) are the historical spaces where this recognition is served. However, like politics, the logic governing these spaces are questionable, erring on the side of defunct. At the very least, they appear to operate on behalf of economic interests which rarely intersect with cultural producers from the working class.

With these options exhausted, where are passions funneled into? Social media, despite criticisms and reservations from every direction, remains a significant outlet for these unresolved energies.

Within this brief essay I focus on a posting style which successfully avoided platform moderation deployed after January 06, 2021. Like the SCCC, it represents one perspective of meaning-making today.

But before we begin, I have a couple more clarifications to make: Capitalist realism persists because neither right-wing (RW) nor left-wing (LW) ideas are successfully undermining its reproduction. The SCCC is a LW project seeking escape from this vortex. My strategy within it is to critically reflect on subcultures whose strategies can be amplified to deploy a LW future. Idyllic, I know. But that’s my breadtube introduction. If you’ve made it this far, congratulations. Like and subscribe.

An apolitical posting style which successfully escaped platform moderation is the STARSEED phenomenon. It exploits the fantastical conspiratorial other-worldness of WWG1WGA without making overt political claims seeking to affect the “real world”. A mainstream style that brings us closer to our subject is Hyperborean Esotericism. As an aesthetic, it glimmers with vaporwave romanticism to smoke screen RW projects. Typically, this genre’s utopia is an unfettered expulsion of weakness by way of sexual reproduction and war (or business as a proxy to both).

Within this subculture, life’s duty is simple: exercise, both literally and figuratively, to cultivate one’s divinity. It’s a male dominated tradwife zone where malalignment to the aesthetics of strength signals moral inferiority. IE: if anyone can choose to become strong, then the weak have chosen to be slaves.

Alternative terms to consider to describe this top-funnel subgenre are: “dark cheugy” and “sub modern”. This style of utopia primarily reproduces the bourgeois notions of manifest destiny and extractive supremacy; it unironically decries the oppression of our present moment while simultaneously reproducing its conditions. As a top-funnel subgenre, arriving at this conclusion isn’t the only possibility, but it’s the most common destination on one’s journey.

For brevity I will avoid psychoanalyzing the screenshots provided to the reader for context. Contradictions and baiting hazards are plenty, but my intent is not writing a hit piece on this particular user.

We’re all going to make it. Fight for what you believe in. Reveal the truth. Enrich yourself. Make a plan. Manifest wealth. Our path is divine. Be aggressive. Conquer your objective. Take what’s yours.

The decline of mental health is directly connected to the expansive use of social media. Negative outcomes of platform use is why I believe moderators are averse to deploying bans on anything resembling atomized self advocacy, even if the down-funnel is lined with dog whistles. This gap is being exploited to craft transgressive permutations of the self-help genre as a “slow red pill” strategy. And there’s no reason why LW projects should shy away from using it to their advantage as well.

(1) Audiences are eager for icons who seek gains and encourage viewers to do the same. Gains-seeking is not inherently oppressive. LW content can down-funnel “gains” toward a community benefit and build off-ramps into more advanced projects. DNR is one such example.

(2) Externalizing the loss of one’s personal strength as a cohesive subjugation strategy encourages people into training. There are many ways to train, and physical ones aren’t necessarily violent. A perspective underlying RW content is strength-building as an escape from turn-key malicious dependencies, whereas LW perspectives could offer freedom to ____ arguments.

Description: The journey of an enterprising young man. 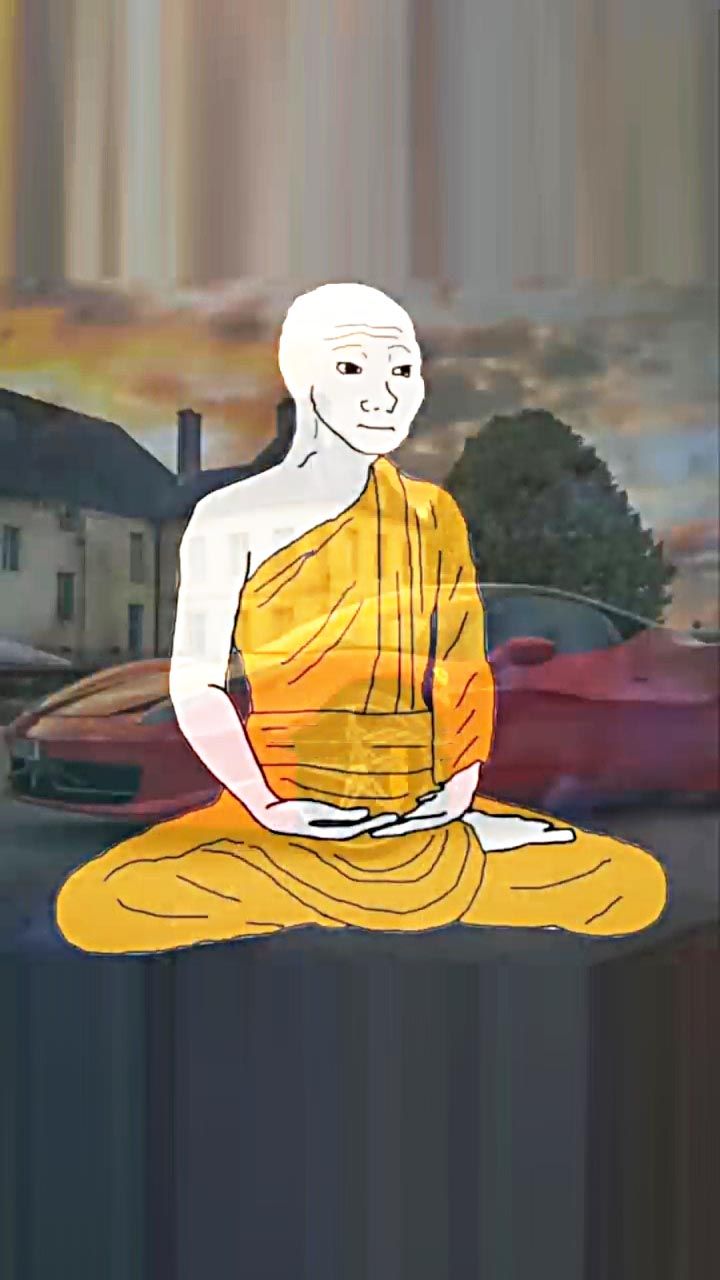 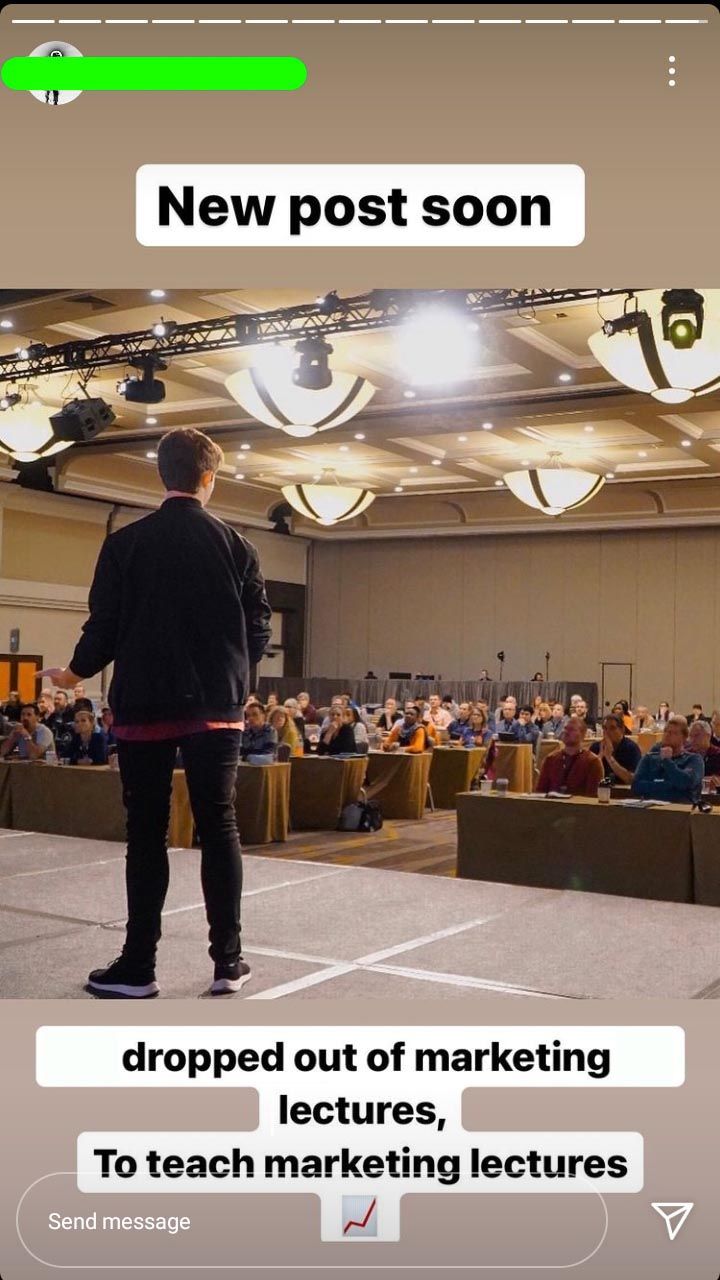 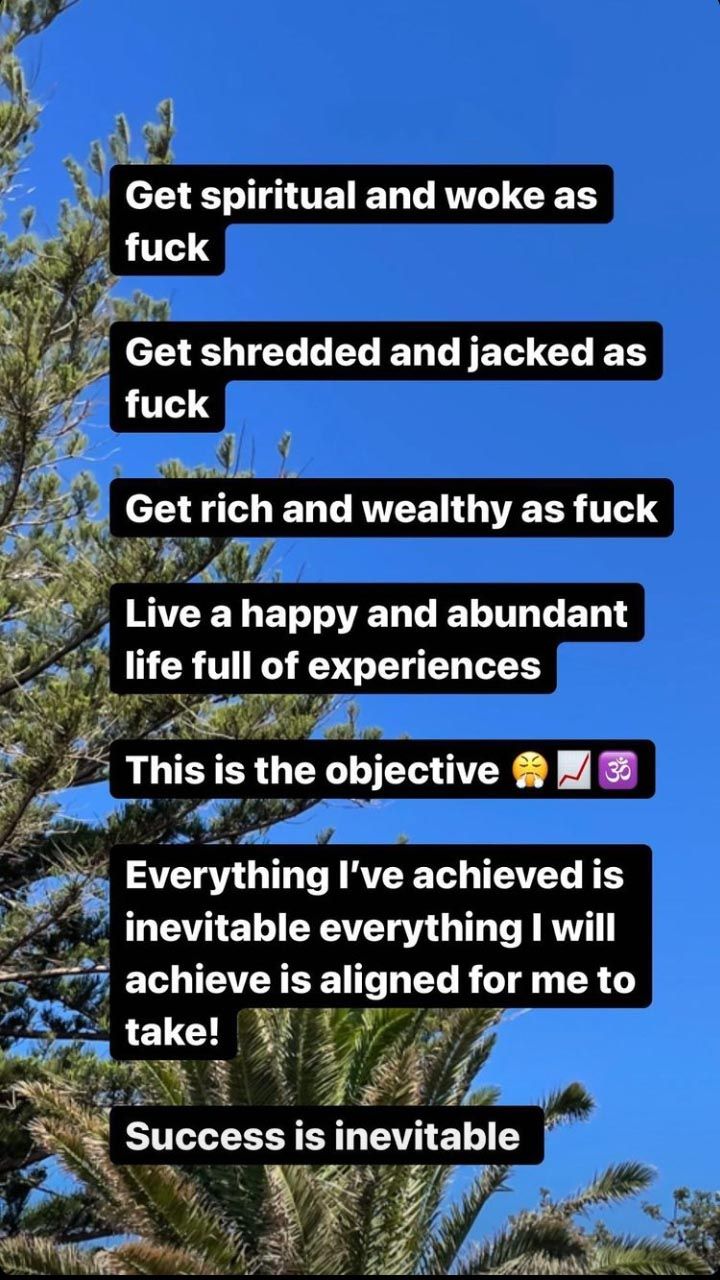 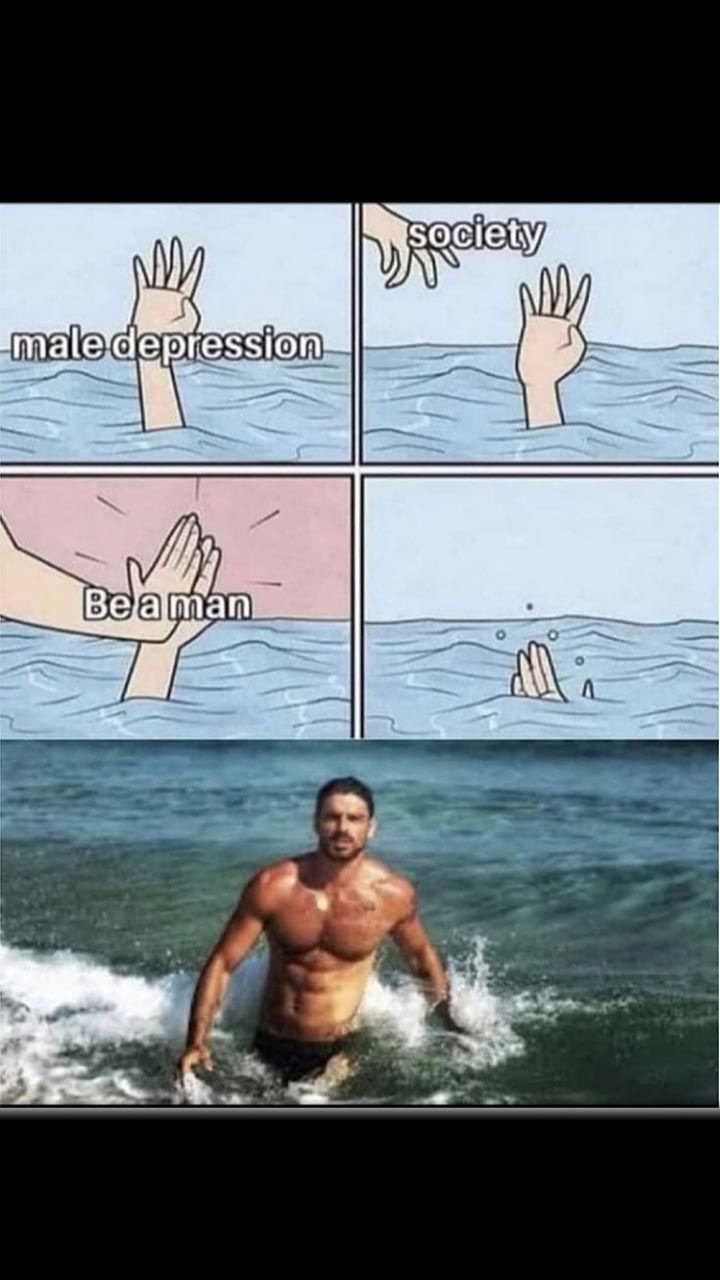 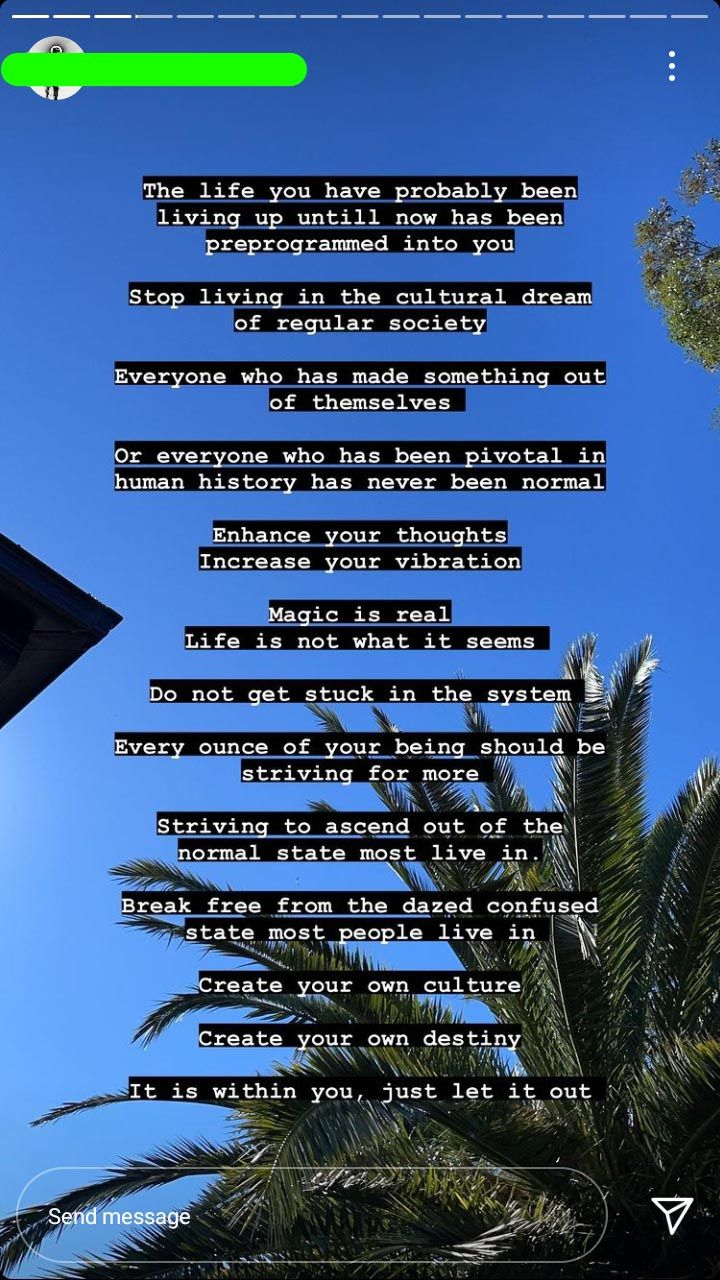 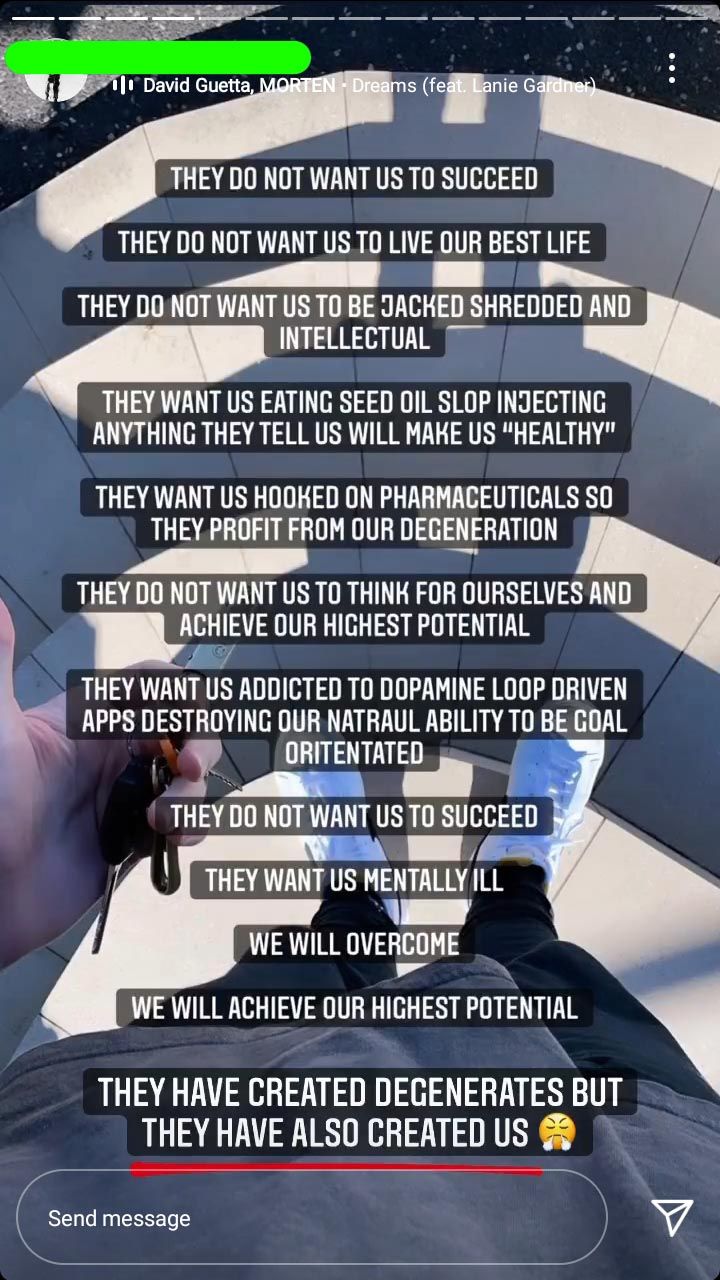 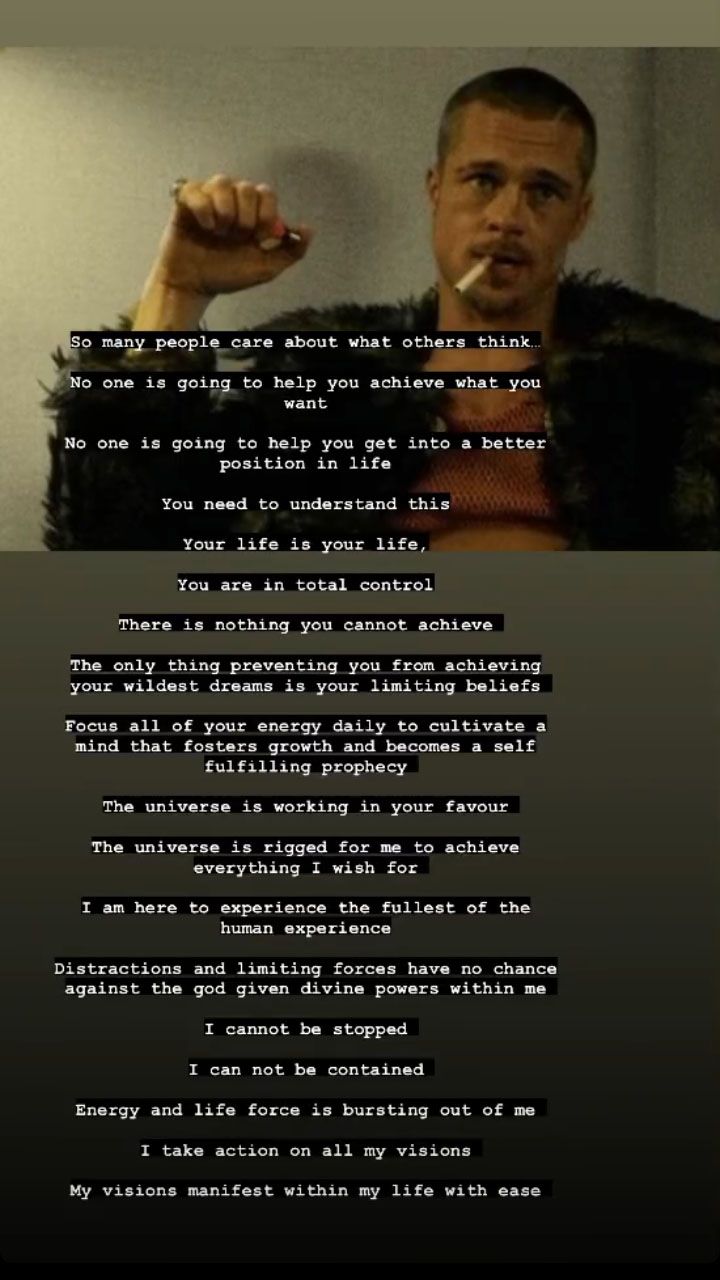 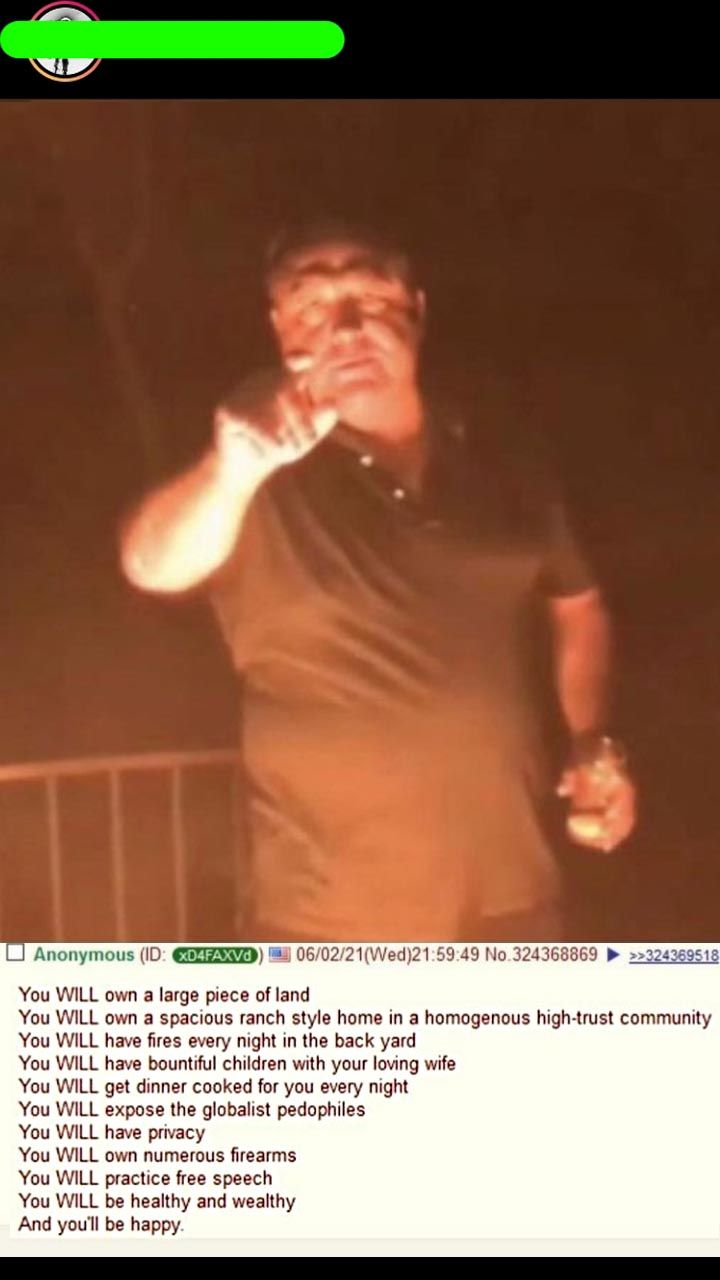